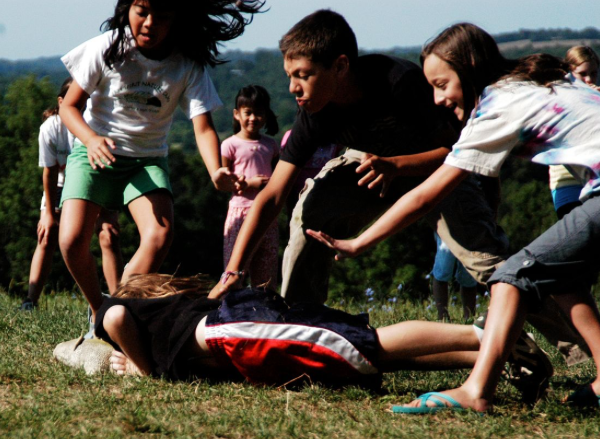 This may hurts somebody’s feelings, but my kids still play the game of “dodgeball” with their friends (and they LOVE it, by the way). I know, I’m a horrible parent for allowing them to get smashed in the face once in a while by a scary rubber ball. Oh well. That’s pretty much what the real world feels like much of the time, doesn’t it?

Sadly, some schools won’t even let the poor kids play the game of “tag” because of it’s ‘physical contact,’ and heaven forbid someone touch too hard as they yell, “You’re it!”

“Parents and some children in one California city are not thrilled by a school’s decision to ban the age-old game of tag on the playground.

The principal at Gold Ridge Elementary School in Folsom reportedly sent out a note on Friday telling parents about the changes.

“I don’t really like it,” said Gold Ridge fourth grader Mallory Giddens, according to KOVR. “I mean I don’t really play tag but I don’t think it’s fair to everyone else that plays tag!”

It’s a classic game and a childhood tradition played over many generations.

School Principal David Frankel sent out a message on Friday saying: “Students were instructed that physical contact including tag games, touch football, etc. were not allowed on the yard.”

“My principal, he doesn’t want us to have tag at school because people, they touch too hard. “Sometimes they push people over and my principal doesn’t want anyone getting hurt.”

The school district’s spokesman, Daniel Thigpen, told KOVR: “In this case, kids were getting too rough…so the school told them to stop playing those games… It’s not uncommon for a school to enact specific recess rules to address specific behavior problems.”

If a student breaks the rule, they’ll receive a warning, then a referral and then a parent-teacher conference, school officials said.