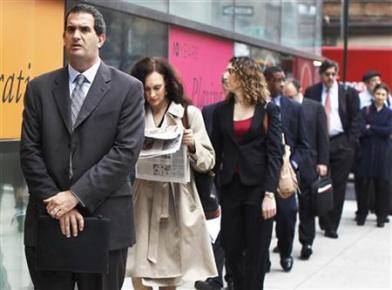 The Department of Labor reported Thursday morning that jobless claims plunged to the lowest level since 1973 in the last week of February, providing good news about the health of the labor market.

New applications for unemployment benefits fell to 223,000 for the week, well below investors’ expectations for 245,000.

The Washington Examiner also reports:
“The last time that few workers applied for unemployment benefits, there were fewer than 90 million people total in the workforce. Today, there are almost 160 million, illustrating just how rare jobless claims are.

Low jobless claims are seen as a good sign because they indicate that layoffs are relatively infrequent.

Thursday’s report is good news for the Trump administration, as it suggests that the jobs market is still getting stronger as President Trump settles into office. It’s also a sign to the Federal Reserve that the labor market is still tightening, suggesting that the pieces are falling into place for them to continue raising interest rates.

Economists gauge that claims below 300,000 signal that unemployment is still falling. Over the past month, weekly claims have averaged 234,250, the lowest such mark since April of 1973.

Unemployment, at 4.8 percent in January, is already low, and near where Fed officials think it would be if the economy were fully healthy.”

Daniel Greenfield: Are We Refugeed Out Yet?