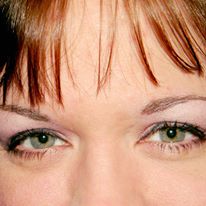 International Women’s Day was defined as a global day celebrating the social, economic, cultural and political achievements of women. The day also marked a call to action for accelerating gender parity.

Many women took the day off to celebrate being a woman. And by celebrating I mean complaining about being a victim and not being equal to men in whatever arena it is they feel unfairly represented in.

The world is filled with many brilliant women whose contributions to the fields of politics, health, science, education, writing, and many other areas that I won’t mention. And we are grateful for them and their contribution.

Here’s what I did for International Women’s Day.

I said a prayer for my women friends who, day in and day out, work tirelessly at being a mom, an employee, a helper to those around them, a warrior, a single mother, a faithful Christian, a toddler butt-wiper, a homeschooler, and anything else they choose or are have had to choose due to choices not their own. Those women who actually do instead of whining about doing.

I also thought of the women who get up early, help their children get dressed for the day, change a diaper or two, slug down their 3rd cup of coffee, send up multiple prayers for patience and get the job done. It may not be pretty, sometimes, but it’s necessary and it’s important and in many ways, Godly.

Here’s to the women in the trenches of motherhood, the down and dirty day to day of raising kids. It’s an extremely tough job.

Here’s to the women who are single parents and go to work as the soul provider for their children. I cannot imagine something more exhausting.

Here’s to the women who blow the men out of the water with their fantastic wage earning power.

Here’s to the women chauffeuring their kids around to activities.

Here’s to the woman who embraces her femininity and sees it as a gift that makes her separate but not unequal to any man.

I want to celebrate the “every day” women. The ones who make the world go around. They may not be inventing something or running a powerful company, but they are contributing to their world in a big way.

Here’s to the stay at home mom. The working mom. The women who can’t or do not yet have children.

Here’s to the women who don’t feel called to have children.

Here’s to the women who don’t march in parades with genetalia on their heads. The ones who roll their eyes at the victims they are portrayed to be, because these women, like me, feel anything but the victim.

Of course many powerful political groups like to make us feel like if we aren’t contributing financially or politically to the world that we aren’t worthy of recognition. And are, ironically, discriminated against for choosing to be the woman that she was designed to be.

I would posit that the majority of the women in the world are more like me than they are Hillary Clinton or whomever else they hold up as an example of what should be celebrated today.

We take care of our own families and don’t feel the need to force others to take care of our family planning. Because nothing says empowerment more than stomping your feet and demanding someone else provide for you.

I could go on and on but I won’t, and you’re welcome. I will be continue praying for all the different kinds of women in the world today. That God’s will be done in whatever situation they are in. That we all empower each other, as women, as children of God, as workers, as whatever role we embody at that moment.

We are not vicitims. We bring forth life! We are super women! We embrace that and we love it. We need to celebrate the God given blessing that we have received in this life.

And, no, I’m not naïve enough to think that someone won’t try to point out that because of these politically savvy, pioneering in equality women, I am able to write something like this. I just disagree.