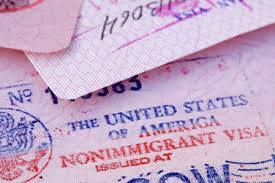 Security experts and religious leaders warn that U.S. visa program designed to temporarily admit religious workers from other countries may be letting jihadists into the country.

“The R visa program is for non-immigrant clerics and religious workers and allows successful applicants to stay in the U.S. for up to five years. They are then allowed to apply for a permanent residency under their R-1 status.”

But some critics say the visa raises red flags and has long been abused by leaders with extreme views.

“People have come in and tried to come in with this visa to preach their hardline and dangerous views, and then encourage [the] vulnerable to travel back with them where they are further brainwashed and can potentially be used to harm the USA. The solution isn’t banning innocent Muslims and migration, but looking at visas like this one which have raised red flags and caused trouble in the past.”

The R visa program, which also extends temporary residency to spouses and unmarried children under the age of 21, worries military experts.

Col. James Williamson, who founded a group that advocates for U.S. special forces, said the program, which was created in 1990, must be tightened because of the extent to which it makes the U.S. vulnerable to jihadi attacks.