I’m sure we can all agree that everyone in the United States should and does have the right to politically disagree with anyone, at any time. During an election campaign, candidates are free to disagree with one another. After the votes are tallied and the results are announced and implemented, the losers still have the right to disagree with the winners (and vice versa). And you know what? Even people within the same government – be they elected 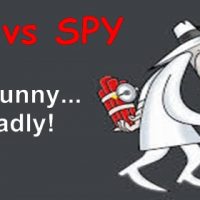 representatives or appointed public servants – get to disagree with each other, so long as they do so in a respectful and professional manner. But when the dust has settled, the voting is done, and we’ve got our leaders seated and set until the next election cycle, we expect the government to do its job with a certain degree of unity. Whether the heads of the various agencies agree with one another or not, they should be able to work together, cooperating towards the common goals of the American people.

Since the start of last year’s presidential campaign, Democrats and establishment Republicans – and some others, for that matter – have done just about everything they could possibly think of to undermine Donald Trump and impugn his personal integrity. Their accusations and attacks have ranged from the fanciful, to the comically absurd. Some of the highlights of their completely baseless claims against the man who is now our President, his detractors nowadays are focusing on a new attack:

To say that their evidence for this wild claim is flimsy is to perhaps be a bit generous. “Flimsy,” after all, implies at least some actual substance. In reality, they’ve produced next to nothing to substantiate the idea that, for the first time in recorded history, a foreign power has hijacked the free elections of the United States of America. One of my personal favorite lines from the “hacked campaign” camp came from none other than President Barack Obama himself, who, in the last days of his presidency, explicitly stated that he could not reveal “most” of the evidence on which he based the assertions. If he did, he assured us, then Russia would know that we know, that he knows, what they know. What?  Well, help me out if I’ve got this wrong, but by that kind of argument, it seems to me that if I were a sitting President, I could make any ridiculous claim I wanted about a political rival, then hide behind national security when it came time to explain why I couldn’t actually back it up. Whether he knows something or not (and there’s no particular reason to believe he does), didn’t President Obama fundamentally say that he has no evidence he can share to support a crazy Conspiracy Theory?

The problem with this latest attempt to attack our President is that, unlike previous attempts (which as I said, were ultimately funnier than concerning), this one is actually dangerous. US intelligence agencies are coming out in support of the idea that our elections were hacked. Elected representatives in Congress are launching an independent investigation into the claims, with at least one person (Michael Flynn) resigning outright, and another (Jeff Sessions) recusing himself to avoid the appearance of a conflict of interest. Most troubling of all, an important geopolitical rival (I can call them neither a friend nor an enemy), Russia, is starting to become understandably offended by the talk within the American government, and is making moves to distance itself diplomatically from President Trump and the US. This could have serious ramifications for us throughout the world; it is better to have Russia for us than against us.

Could are American intelligence agencies be undermining America by leaking confidential discussions to the Press? And did then President Obama really leave behind political land mines to hoodwink the new administration? This is a serious problem, here exists internal oversight to root out any potential misbehavior within a sitting administration – and it isn’t America’s intelligence network, which is supposed to be gathering information on foreign powers and reporting back to the President. Instead those agencies, which should be working closely in a tight, trusting relationship with the White House, instead are actively undermining our government. Could this also be interpreted as a “soft coup” by the deep state against our own government, to destabilize and subvert our American President Trump?

And if that does not seem bad enough, it gives the impression that this was all planned beforehand. For we now know that in his last days in office, outgoing President Barack Obama issued an executive order substantially loosening longstanding restrictions on how the NSA may treat information it gathers – including with which other government agencies it may share that information. This action by Obama – which, among other things, allows organizations like the FBI and CIA to search directly through raw NSA data rather than having it filtered and disseminated to them – seems to have been crafted with the explicit intent of turning an important outgoing spotlight (American intelligence observing other countries) inward, to make it easier for government agencies to politically harm the sitting president. Obama could have done this (and suffered the consequences) at any point during his 8-year tenure in the White House; he chose to wait until he was about to leave, and President Trump was set to take office.

It’s hard to overstate the potential ramifications of this. What the American intelligence sector is doing to our President – thanks to Obama’s executive order – has already been called a “coup d’état”. Quite frankly, our nation cannot afford to have its foreign monitoring network being used to undermine the executive branch of our Government. That unspoken policy of American togetherness seems to have been disregarded as it applies to the new administration, even to the point of undermining and potentially placing the country in danger.

Now it appears Barack Obama is building his team,  – just two miles away from the White House, into the nerve center of the mounting insurgency against his successor, President Donald J. Trump. President Obama’s goal appears to be forcing our President resignation or through his impeachment. Today Obama is being assisted in his political movement by his longtime friend, Valerie Jarrett, who has moved into the mansion with the former President and Michelle Obama.

Jarrett has played a vital role in the Obama presidency. She helped Obama shape his domestic and foreign policies. She is known to have ties to the terrorist William Ayers. Her father in law, one Vernon Jarrett, is an official member of the Communist party who is also an associate of Frank Marshall Davis, himself a Communist activist who played mentor to Barack Obama. We have here an Iranian Muslim who has stated her intention to transform America into an Islamic country, her desire to use the nation’s freedom of religion as a weapon against it.

None of this matters, of course, to the rabid never Trumpers who will do pretty much anything in their never-ending quest to discredit our legitimate “elected by the people” President – and, traditionally, fail. When does it stop? We’ve had disagreements – even passionate disagreements – about who should be our next President before, but so far we’ve always managed (by and large) to put those differences behind us after the election and at least accept that the man who won. The election is over.

Daniel Greenfield: How to Fake an Islamophobia Crisis