There are more Iraqis living in the United States than there are in some major cities in Iraq. 156,000 Iraqi refugees have entered this country in just the last decade. 30,000 of those have ended up in California. 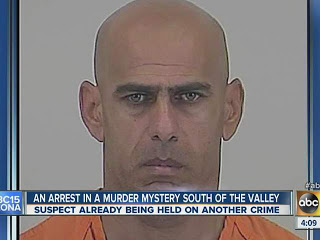 It should be obvious why Obama shut the door on Cuban refugees while holding it wide open for Syrian Muslims (but closing it tightly on Syrian Christians), Iraqis and Somalis (77.4% food stamp use).

Alwan and Hammadi were thoroughly vetted before they were resettled in Nevada and Kentucky. The only omission in their thorough vetting was an unfortunate failure to note that the refugees were terrorists who had spent years trying to kill American soldiers in Iraq.

Alwan had boasted that of how he had “f___d up” Hummers using IEDs and admitted to having taken part in an attack that killed Americans. He had even left his fingerprints on an IED in Iraq. But the thorough vetting had failed to turn that up.

Alwan and Hammadi tried to send grenade launchers, plastic explosives, missiles and machine guns to the branch of Al Qaeda that would become ISIS. Meanwhile the Al Qaeda in Iraq plotter had quit his job and was living in public housing and collecting public assistance. Like so many other “refugees”.

And law enforcement was soon on the trail of dozens of terrorists who had arrived here as refugees. 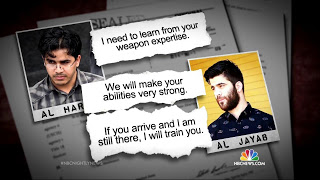 The media has had a field day mocking Kellyanne Conway for referencing the fact that this Iraqi refugee terror plot resulted in a six month Iraqi immigration pause under Obama. No “Bowling Green Massacre” took place because the FBI was on to the two terrorists. Hammadi had been caught on tape discussing a domestic terror attack where “many things should take place and it should be huge.”

Mocking Conway for misspeaking helpfully distracts attention from the massacre that nearly was.

And Alwan and Hammadi were far from the last Iraqi refugee terrorists.

Omar Faraj Saeed Al Hardan came here as a refugee. When the FBI searched his Houston apartment, agents found an ISIS flag. Hardan had been planning to leave bombs in the trash cans of two Houston malls. He had also been contemplating an attack on the Grand Prairie military base in Texas.

Hardan had been chatting with Aws Mohammed Younis Al-Jayab, another Iraqi refugee, over in California. Al-Jayab had come as a refugee through Syria, then began plotting to join a terrorist group on his first month here. He headed back to spend some time fighting with Islamic terrorists who later were linked to ISIS. Two of his brothers and a cousin were also arrested for smuggling stolen cell phones. 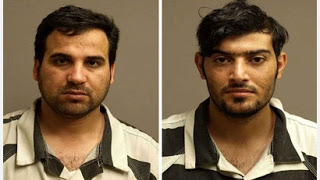 Al-Hamzah Mohammad Jawad, an Iraqi refugee from Michigan, was arrested while trying to join
ISIS. Abdullatif Ali Aldosary set off a bomb outside a Social Security office in Arizona. The authorities found plenty of bombmaking materials in his home. He was also accused of a murder that had taken place a few days before the bombing and had previously been sent to jail for harassment. His case had been put on hold for “terrorism-related grounds of inadmissibility”, but he still couldn’t be deported.

And then there are the Special Immigrant Visas for Iraqi nationals who provided services to American forces. During the recent controversy, they have been depicted as heroes who helped us fight terrorism.

The reality is a lot more complicated.

Bilal Abood was a translator who came here on an SIV visa. He even briefly joined the army. On the surface he was exactly the sort of refugee that the media likes to depict as the ideal immigrant.

But Abood was also a member of ISIS. America was the “enemy of Allah”, he insisted.

Even when the Iraqi SIVs weren’t joining ISIS, they were doing other terrible things. Jasim Mohammed Hasin Ramadon and Ali Mohammed Hasan Al Juboori had come to this country with SIV visas.

Ramadon had even been dubbed a hero. 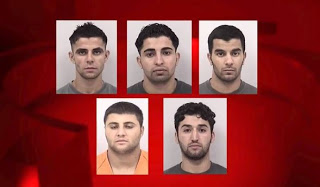 Then Ramadon, Juboori and three other Iraqi refugees brutally assaulted a 53-year-old Colorado Springs woman. When the police arrived at the scene of the Iraqi refugee sexual assault, they found blood splattered on the walls.

The Iraqi refugee rapists lured in their victim by complaining about how hard it was living in America and being called terrorists. The night nurse took pity on them because they reminded her of her son.

By the time the Iraqi refugees were done, she had been violated and left near death.

Ahmed Bahjat came here as a refugee from Iraq. He tried to leave by taking a plane to Canada after he “viciously sexually assaulted” a woman in Connecticut. Salam Al Haideri also came here as a refugee. He raped a 4’11 teenager behind a “I Love NY” pizza place dumpster while slamming her head into the ground. The Iraqi refugee’s teenage 96-pound victim was left with broken ribs and a fractured nose.

Al Haideri was the third refugee to be convicted of a sex crime in the area.

Walid Nehma, another Iraqi refugee, also assaulted a woman in Albany County. After taking photos of women in local bars, he followed her, hit her in the face, tore off her clothes and tried to rape her. 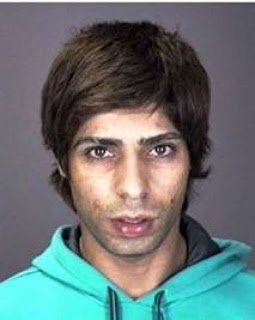 Khalid Fathey had also received asylum after working with American authorities in Iraq. The Iraqi
refugee molested a little girl and warned her not to tell anyone. He fled trial by taking a flight to Dubai.

Kassim Alhimidi, an Iraqi refugee, murdered his wife in California and tried to blame it on American “Islamophobes.” Wisam Fadhil, an Iraqi refugee, stabbed his wife to death in Kentucky while their 8-year-old child slept in the room. He had previously assaulted a man at a gym. Do we need more of this? 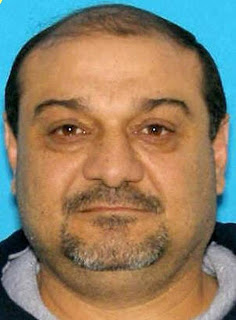 America has done far more than its share. We have opened our doors to Iraqi refugees. And in return, the people of this land were exposed to terror and horrific refugee crimes. Enough is enough.

There is a very rational solution to our immigration problem. Instead of taking in the refugees most likely to collect welfare or plant a bomb in a shopping mall, we should take those immigrants most likely to contribute to our economy and least likely to behead us while screaming, “Allah Akbar.”

Don’t call it a ban. Call it common sense immigration reform. Because that is exactly what it is.

We have the statistics. We know what works. All we need to do is start putting America first.