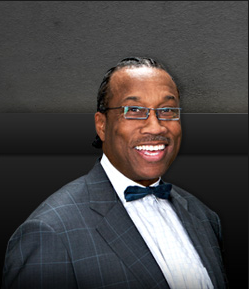 John Wiley Price received a steady stream of cash, checks and bank transfers over the years from a lobbyist who allegedly bribed him for actions he took on behalf of her corporate clients, an FBI forensic accountant said during testimony Wednesday.

Price, a powerful Dallas County commissioner who has served three decades in office, deposited some of that money into an account he set up in the name of his elderly mother, said David Garcia, the FBI accountant, who is a witness for the prosecution.

But Willie Faye Price, who died at age 87 in 2010, did not receive any of the money, prosecutors said. Price used that account to pay his mortgage, credit cards and other general expenses, Garcia said during Price’s federal bribery and tax evasion trial.

Kathy Nealy, the lobbyist who was also Price’s political consultant, is accused of giving him almost $1 million in bribes over a decade in the form of cash, cars and land. She will be tried separately.

Some of the money Nealy gave Price came from checks she received from the Texas Democratic Party, the Dallas Bond Committee and large and small businesses, according to government evidence presented Wednesday.

The Democratic Party and bond committee are not accused of wrongdoing. The evidence shows that Nealy used money from a variety of clients to pay Price.

None of the companies that paid Nealy to lobby the county on their behalf is accused of wrongdoing.
That’s because prosecutors said at the trial’s opening that the companies were paying for legal lobbying and that Nealy was paying bribes to Price for results that made her a success.