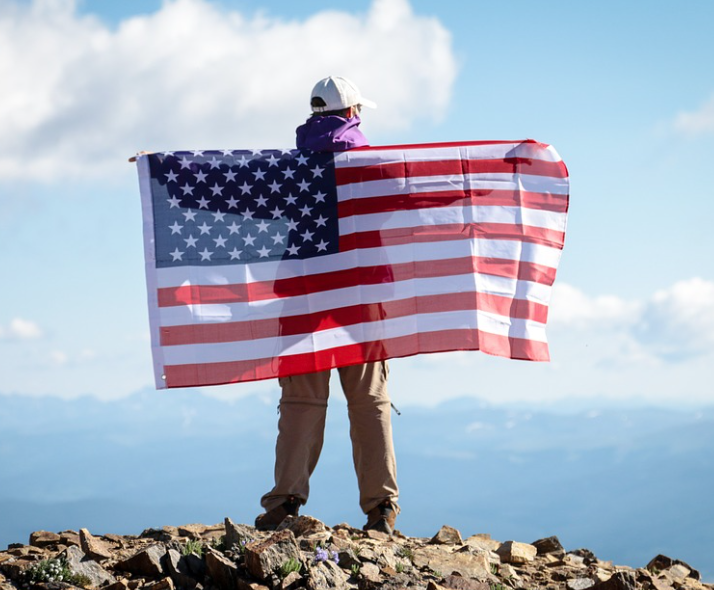 These four words have represented the country music industry since the very beginning. Other than a few glitches (remember the Dixie Chicks?) it has never wavered and if you Google any of those words, you will see countless links to country songs.

In fact, country music stars who sing mostly about God, family, America, and patriotism are the most popular of all.

So why is it one of the largest media entities in the U.S. gets away with saying exactly what they believe, unfiltered, and they get a free pass while others in the media don’t?  And why don’t Hollywood-types who have the same beliefs and principles as country stars follow their lead and march just as fearlessly and unfiltered through life?

For decades, too many conservatives in the entertainment industry tiptoe around Hollywood, afraid to go against the Leftist grain and express their true beliefs for fear of retaliation.

So I have an idea. 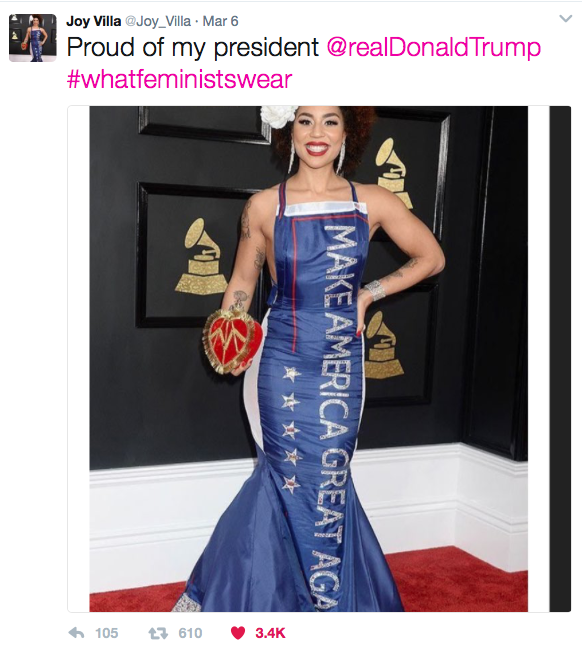 Remember Joy Villa at the Grammys when she unveiled her “Trump dress”?  What if one day, let’s say May 5, all of those closeted conservative actors and actresses would very publicly break out of their invisible chains and declare,  “I am a conservative and I am proud of it!”  If they did this publicly, with television cameras and bloggers filming live throughout social media, what could television and movie executives do?  Fire all of them?  Stop hiring them?  And if they did so, what if actors and actresses publicly “outed” them for discrimination?

Imagine if they each put TMZ on speed-dial and consistently reported things like this:  “I have an exclusive for you:  ‘TV Producer X’ just un-hired me for an upcoming pilot because of my support for Pres. Trump and I secretly recorded him saying so.”

Yeah, maybe all of this is just a pipe dream–or maybe it’s not.  Young singer Joy  But I guarantee you, if even one person in the country music industry was condemned for their beliefs, everyone on earth would know about it immediately.

Comedian Tim Allen on Being a Conservative in Hollywood: "This is like 30's Germany"

Worried About Cuts to NEA, PBS, Meals on Wheels? Here's the Truth.