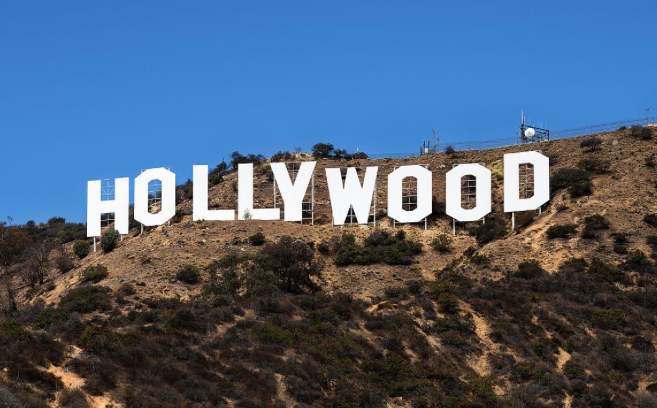 As an Academy Award-winning producer and a political conservative, Gerald Molen has worked in the entertainment business long enough to remember when being openly Republican in Hollywood was no big deal.

“In the ’90s, it was never really an issue that I had to hide. I was always forthright,” recalled the producer, whose credits include “Schindler’s List” and two “Jurassic Park” movies. “It used to be we could have a conversation with two opposing points of view and it would be amiable. At the end, we still walked away and had lunch together.”

Those days are largely gone, he said. “The acrimony — it’s there. It’s front and center.”

For the vast majority of conservatives who work in entertainment, going to set or the office each day has become a game of avoidance and secrecy. The political closet is now a necessity for many in an industry that is among the most liberal in the country.

Since the presidential election, some conservatives feel that their political beliefs are more of a career liability than ever — even for those traditional Republicans disenchanted by President Trump.

“I feel absolutely it has harmed me professionally,” said Andrew Klavan, the L.A.-based screenwriter and novelist, and a “reluctant” Trump supporter. His credits include the 1990 Michael Caine dark comedy “A Shock to the System” and the novel “True Crime,” which was made into a movie directed by Clint Eastwood.

Klavan said that producers have “called my agent asking, ‘Why would you represent this guy?’ Anything that lowers your odds is going to hurt.”

While no official tally exists, conservatives in the local entertainment industry estimate their numbers could be as high as a few thousand. That’s a small fraction of the nearly 240,000 entertainment-related jobs in the county estimated in the most recent Otis Report on the Creative Economy of the L.A. Region.

Friends of Abe — the industry’s largest conservative organization — alone counts about 2,500 people on its roster, having started a decade ago with just a handful of individuals led by actor Gary Sinise.

The organization, which keeps the identities of its members secret, holds monthly social events as well as lunches for new members. A new member can only join through a recommendation by an existing member. The group doesn’t endorse candidates, but does hold speaking events with past guests including Trump, Ted Cruz and Glenn Beck.

Hollywood conservatives are themselves a divided group when it comes to Trump, whose brash style and controversial policies on trade and immigration have alienated many Republicans.

Leaders of Friends of Abe said its members have sharply divergent views on the current president.

“There are very conservative people in FOA who are troubled by his rhetoric,” said executive director Jeremy Boreing, a filmmaker and self-described Trump skeptic. “There are others who are very gung-ho and supportive of him. There are people who are cautiously optimistic and others who are just cautious.”

He said it was too early to tell how Trump will affect the organization, but “if Hollywood continues to overreact to Trump and toxify people’s professional lives, FOA will grow. We got started under [George W.] Bush, not under Obama. Hollywood was a more pleasant place for conservatives during Obama’s tenure because Hollywood was in a good mood.”

In casting his vote for Trump, screenwriter Roger L. Simon said it was because he believes Trump can enact change in the country. But the Oscar nominee said he isn’t a social conservative. (He said he voted for “Moonlight” for best picture.)

“I think most of the people on the right in Hollywood are on the right for reasons of foreign policy and the economy,” said Simon.

Leaders of Friends of Abe said it has a large contingent of “below the line” talent — technicians, artisans, musicians and other crew members who toil far from the limelight.

“They fly under the radar,” said Stephen Limbaugh, a film composer and a second cousin of conservative radio host Rush Limbaugh. Most don’t advertise their political views and lead unpretentious lives. “It’s mostly beers after work.”

But another concentration of conservatives can be found at the opposite end of the Hollywood spectrum: the corner offices of major entertainment companies.

“Corporate Hollywood tends to be much more conservative and Republican,” said Steve Ross, a professor of history at USC and author of the book “Hollywood Left and Right.”

That dates back to Louis B. Mayer, the MGM boss who was active in California’s Republican establishment and who would often mix business and politics.

Steven Mnuchin, who was national finance chairman of Trump’s campaign and is now Treasury Secretary, was a Wall Street executive and film financier whose executive producer credits include “American Sniper,” “Mad Max: Fury Road” and “Sully.”

Talent agency William Morris Endeavor has close ties to Trump. Co-CEO Ari Emanuel, a Democrat, is a friend of the president, having previously worked as his agent, while chief financial officer Chris Liddell recently left the company to become Trump’s director of strategic initiatives.

But corporate Hollywood is far from being politically uniform. Rival agency UTA recently protested Trump by canceling its annual Oscars party and holding a pro-immigration street rally. During the recent presidential campaign, a slew of entertainment bosses lined up to give money to Hillary Clinton, including Barry Diller, Haim Saban and ICM Partners’ Chris Silbermann.

Some believe that deep down, corporate Hollywood is politically agnostic and that profits supersede partisanship.

“Where is this liberal Hollywood agenda? The agenda seems to be whatever will entertain mass audiences,” said screenwriter Craig Mazin, who has voted Democrat and Republican and now describes himself as a moderate. “How could an industry have been successful this long if it was alienating half the country?”

Industry insiders say this is especially true in the exhibition industry, which includes the country’s major cinema chains as well as small-town theater owners.

He said he’s had no problems selling his films in blue states, so long as exhibitors think a movie will play well. “They will change religions for it.”

The same can be said of some studios. Lionsgate, the Santa Monica-based mini-major, has distributed films by left-wing documentarian Michael Moore, including “Fahrenheit 9/11.” But the company is also behind the most recent documentary by conservative rabble-rouser Dinesh D’Souza.

“Hillary’s America: The Secret History of the Democratic Party” was savaged by critics and even earned a Razzie Award for the worst movie of 2016. But it was also the year’s top-grossing documentary, bringing in more than $13 million theatrically. Lionsgate, which declined to comment, distributed the DVD in the U.S.

D’Souza said that since the election, “Trump derangement syndrome” has set in and that a lot of creative Hollywood “is up in arms. That probably doesn’t bode well for any conservatives in the industry, especially the ones who are outspoken about Trump.”

In such a charged climate, many conservatives in Hollywood keep a low political profile.

“There’s a McCarthyism coming from the left,” said one prominent TV and movie actor who requested his name not be used for fear of professional repercussions. The actor, who is conservative but not a Trump supporter, said political shouting matches have erupted on the set of one of his shows and that a conservative producer he works with has been shunned by colleagues.

“In 30 years of show business, I’ve never seen it like this,” said the actor. “If you are even lukewarm to Republicans, you are excommunicated from the church of tolerance.”

Is Hollywood Encouraging (and/or Inciting) Violence Against Pres. Trump?