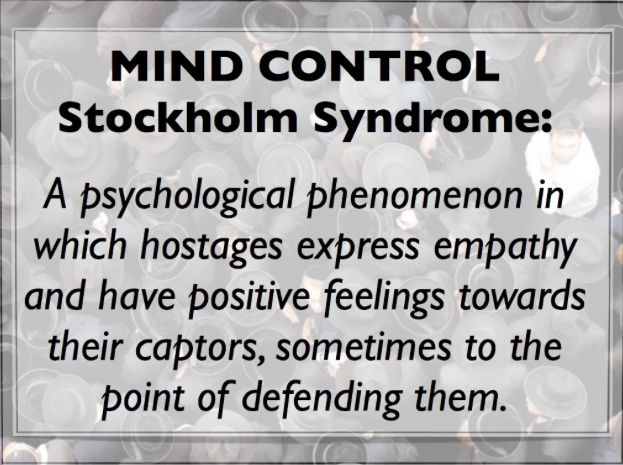 The human brain is an amazing thing. It comes fully equipped to enable us to cope with just about every situation that human beings can find themselves in. Whether it is logic or emotion you might need, the human brain can provide it.

In many instances in American history, Americans have shared the same logic and/or emotion. It is our common thread. For most of us, we get a lump in our throat, and get a bit choked up when we see our flag flying proudly or hear The Star-Spangled Banner. We all nod our heads knowingly when we hear an amazing rags-to-riches success story about someone and we know it could only happen in a place like America. And we all watched in collective horror that bright, sunny September morning when three thousand of our fellow citizens were murdered in a way none of us could have ever fathomed.

Let’s go back to those days for just a moment. In the days and weeks immediately following 9/11, Americans bonded together in a way that has rarely been seen. Flags were hung everywhere, even on personal vehicles. Hyphenated Americans were hard to find. This atrocity had happened to all of us. We were all Americans. As in so many other instances, it took a tragedy to remind us of that.

But as time passed, something else happened. While no sane rational Americans wanted to lump innocent people in with the murderers, the people who adhered to this radical ideology were beginning to be defended. Natural born American citizens began to convert to Islam, and they began to convert in large numbers. As more and more of the dark side of this ideology became known, the treatment of women, child brides, the executions of homosexuals and others who the ideology deems unacceptable, the more it seems to be defended by people who only see victims of discrimination. The “can’t we all just get along” crowd vigorously defends the very people who make no bones about the fact that they want to kill Americans, any Americans. Why does it appear as if America has a raging case of Stockholm syndrome?

Stockholm Syndrome was first named in 1973 after a bank robbery in Stockholm Sweden. There were hostages taken and they began to inexplicably bond with their captors. Perhaps it was a survival mechanism, perhaps a coping mechanism. Whatever the case, when the bank robbers went on trial, their former hostages defended them and refused to testify against them in court.

There are four key elements that are identified with Stockholm Syndrome. The first, the hostage’s development of positive feelings towards their captors. Are Islamic terrorists our captors? Yes, they arrive in this country and proceed to use our freedom against us. While no rational American will discriminate against someone for their religion and the freedom to practice it, many communities who see an influx of Muslim immigrants find that their new neighbors expect them to adjust to the newcomers instead of the newcomers assimilating and becoming Americans. The Left it seems will twist themselves into pretzels in order to assist immigrants into forcing American citizens’ change their way of life.

The second element is that there is no previous hostage/captor relationship. Prior to 9/11, the average American may not have been very knowledgeable about Islam and its teachings. They saw the constant strife in the Middle East, and the ongoing conflicts between Israel and her neighbors, but the history of those conflicts were complicated and dated back centuries. Now most Americans can tell you things like, most Muslims have no love for the Jewish people, and how women are treated are treated according to the tenets of Islam.

Third, a refusal by the hostages to cooperate with police and other government entities. If you ask the average liberal who wants the United States to accept as many Syrian refugees as possible, the subject of vetting is not high on their list of priorities. It is where places like sanctuary cities come into play, and the mayors of those cities doubling down on their insistence that those cities will refuse to cooperate with authorities.

Finally, liberal Americans will also go out of their way to humanize the captors. While no one believes that all Muslims are terrorists, and that the majority of them just want to come here for a better life for themselves and their families, a textbook example of this is a statement by former Obama/Clinton State Department official Marie Harff when she explained that the reason so many young Muslim men were becoming radicalized and joining terrorist groups was because of a lack of jobs. While unemployment might be an attempt by the Left to make us think that would-be Jihadis are just like the rest of us, most Americans know that young Muslim men join terrorist groups for one reason, because they believe in the cause.

We can only hope that with the grown-ups back in charge, America will get over its case of Stockholm Syndrome.