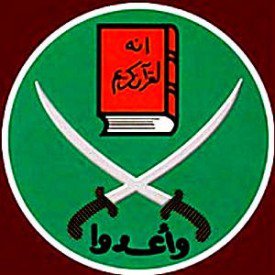 The Trump administration may soon declare the Muslim Brotherhood a terrorist organization, a move that would greatly restrict the controversial group’s global reach and would come despite its insistence that it has peaceful intentions.

In the past, the Muslim Brotherhood has been accused of supporting terrorist groups around the world, and several countries, including Muslim nations, have banned them.

So that would be one of the most effective steps we can take to turn this country around. That is just one piece of simple legislation. Most of your overseas allies have already designated the Muslim Brotherhood as a terrorist group. If America does that too, that will set radical Islam back sixty years overnight.”

If the U.S. declares the Brotherhood a terrorist organization, it would make it a criminal act for Americans to fund the group, ban banks from processing money for it, bar people with ties to the group from coming to the United States and make it easier to deport immigrants who have worked with the organization.

Sen. Ted Cruz, R-Texas, has proposed the bill to call for declaring the Brotherhood a terror organization.

Cruz stated when introducing the bill, “It is time to call this enemy by its name and speak with clarity and moral authority.”

The Brotherhood’s critics include prominent Muslim leaders in the U.S. and around the world, with prominent sheikhs of both Shia and Sunni Muslim groups accusing it of engaging in terrorism.

But the head of the Muslim Brotherhood in Syria, Mohammed Hikmat Walid, insisted that the Brotherhood is a peaceful organization and that Cruz’s bill is “unjust and not based on true facts.”

“The Muslim Brotherhood is an organization that preaches moderate Islam in peaceful means. We stand firmly against extremism and terrorism and we share common values such as democracy, freedom and pluralism with the rest of the free world. Also, [the bill] will enhance extremism throughout the Islamic world.”

However, the Muslim Brotherhood has been steeped in controversy – and linked to violence – for decades. It was formed in Egypt in the 1920s with the stated goal of establishing a worldwide Islamic Caliphate, or empire ruled under Sharia law. The Brotherhood’s motto reads in part: “the Prophet is our leader; jihad is our way; death for the sake of Allah is our wish.”

Perhaps most notably, it was militants from a Muslim Brotherhood spin-off that assassinated Egyptian President Anwar Sadat in 1981, shortly after Sadat had sought peace with Israel.

The Palestinian terror group Hamas was also founded by Muslim Brotherhood members and has been responsible for hundreds of terror acts in Israel that have claimed the lives of hundreds of civilians, including Americans.

In the following video, ACT for America president and founder Brigitte Gabriel, is speaking at the Family Research Council’s Watchmen on the Wall event about the threat of radical Islam. In this clip she outlines the Muslim Brotherhood’s plan for the destruction of Western civilization. Please watch:

Gabriel also explains how the Muslim Brotherhood has spawned dozens and dozens of organizations across the globe, including the terrorist organizations al Qaeda, Hamas, and numerous Muslim organizations in America.