We’ve heard much from the media about how people are terrified of President Donald Trump.  Democrat voters are fearful of a sudden uprising of White Supremacists and Nazis (who were strangely hiding during the past 8 years of African-American President Barack Obama), while the Establishment Elite in DC on both sides of the aisle are freaking out about potentially having their cushy way of life altered by allowing all us regular folks to see how deep their DC corruption goes.

One thing Republican-hating Americans probably should be concerned about is that “Shoe on the Other Foot” Syndrome. Many of us on the speaking circuit tried to warn people that as surely as the tide goes out, it always comes back in.  Those big government programs might sound awesome as long as they are controlled by YFP (Your Favorite Party)–but what happens when the EOP (Evil Other Party) takes over?

All that being said, here are the Top 5 Democrat-created issues that Democrats might be concerned about under an all-Republican administration. 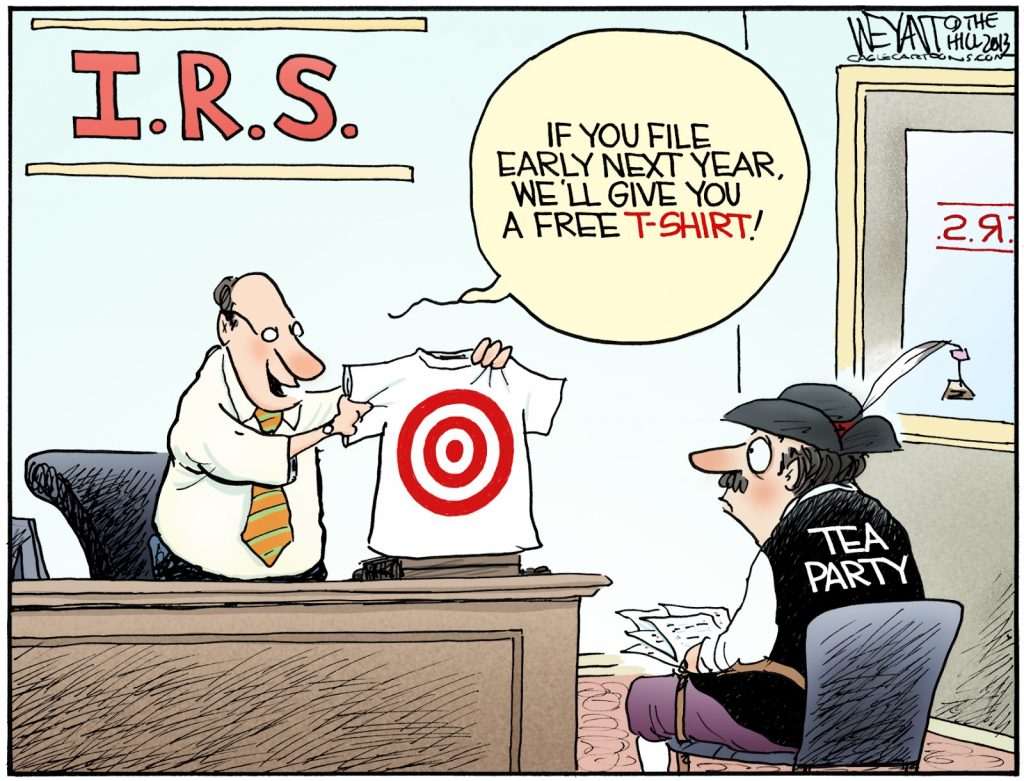 1. IRS Targeting Innocent Citizens.  There were no Democrat-led protests against the IRS while Tea Party groups were being audited, intimidated for political reasons. Remember Lois Lerner, defending her position and pleading the 5th, and barely getting a slap on the wrist when she was caught red-handed?  And remember when the IRS tried to destroy people like Dinesh D’Souza and Catherine Engelbrecht, whose organization, True the Vote, was created to ensure elections were fair for both Democrats and Republicans?
Shoe on the Other Foot Scenario:  With Republicans in charge, are Democrats going to continue supporting an out-of-control, all-powerful government agency like the IRS?  Or should they perhaps be concerned that they might be unjustly scrutinized, too? 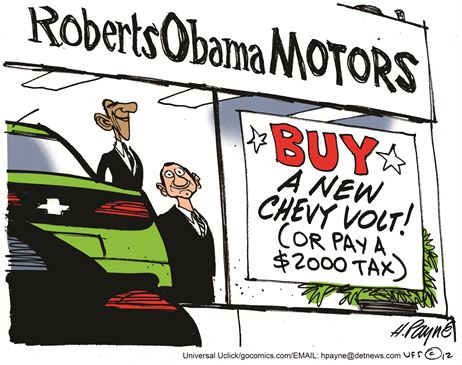 2. Mandating a Faulty Product (aka Obamacare).  Democrats were perfectly happy allowing a presidential administration to force all Americans to purchase a government-created product.  They didn’t care that the product didn’t work, wasn’t ready to launch, that premiums rose astronomically, and many insurance providers went under.  They blindly trusted that the product their Democrat president endorsed was good enough for them.  It wasn’t, isn’t, and never will be.
Shoe on the Other Foot Scenario:  What if this new all-Republican, 2nd Amendment-loving administration passes a mandate that all of the gun-hating citizens in America will be required, under law, to purchase firearms? 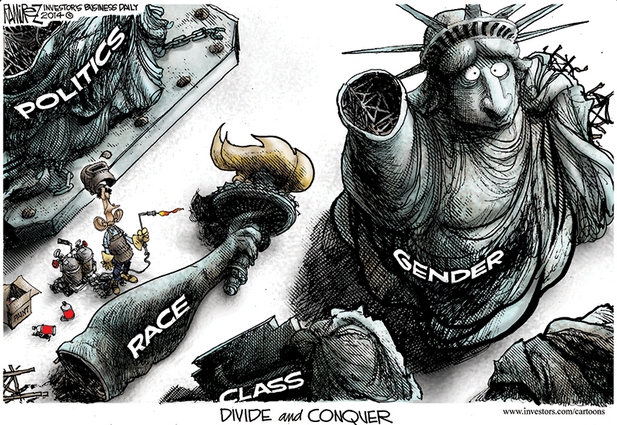 3. Dividing Americans by Race/Creed/Sex/Socio-Economics.  We knew we were in trouble from the start when Obama’s Attorney General Eric Holder pardoned two thugs who threatened voters with a billy club in front of a polling place.  Regarding the New Black Panthers, Holder testified that the case demeaned “his people”, thus setting a precedent that would continue throughout Obama’s entire 8 years.  In addition to the oft-used Race Card, Democrats created that phony ‘War on Women’.  But much worse, people also became fearful, skeptical, cynical of law enforcement, egged on by statements from the president himself (the justice system is plagued by “systemic racism” both “conscious and unconscious”), widely opening the door to groups like Black Lives Matter.  After decades of rising above racism of the past, Americans were thrust backwards and anyone of any color who disagreed was labeled “racist”.
Shoe on the Other Foot Scenario:  If all these people are so fearful of racists and law enforcement, why are they seemingly so comfy continuing to protest and/or riot openly in the streets?  If they truly believed this, wouldn’t they be concerned that the Evil Others might begin rioting and burning up their neighborhoods now? 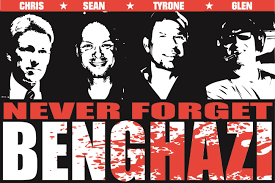 4.  Benghazi. Despite Obama’s claims that there were no “large-scale attacks on the U.S.” during his reign, we refuse to overlook the Fort Hood Islamic attack, the Boston Marathon Islamic bombing, paying hostage money to Islamists in Iran… But nothing sent us conservatives over the edge more than Benghazi.  No, we weren’t upset about Benghazi and then-Secretary of State Hillary Clinton for political reasons, we were upset about Benghazi because it should never have happened in the first place. The “mistakes” of Benghazi were, literally, deadly.  Four Americans died, basically, from neglect, and that neglect was orchestrated and could have been prevented by Hillary Clinton.
Shoe on the Other Foot Scenario:  Since Democrats are suddenly terrified of Russia, imagine if Putin directed an attack on our Russian embassy and our new Secretary of State Rex Tillerson ignored it, covered it up, and blamed it on a Roger Moore documentary.  I can’t imagine Democrats staying silent and ignoring that scenario, can you? 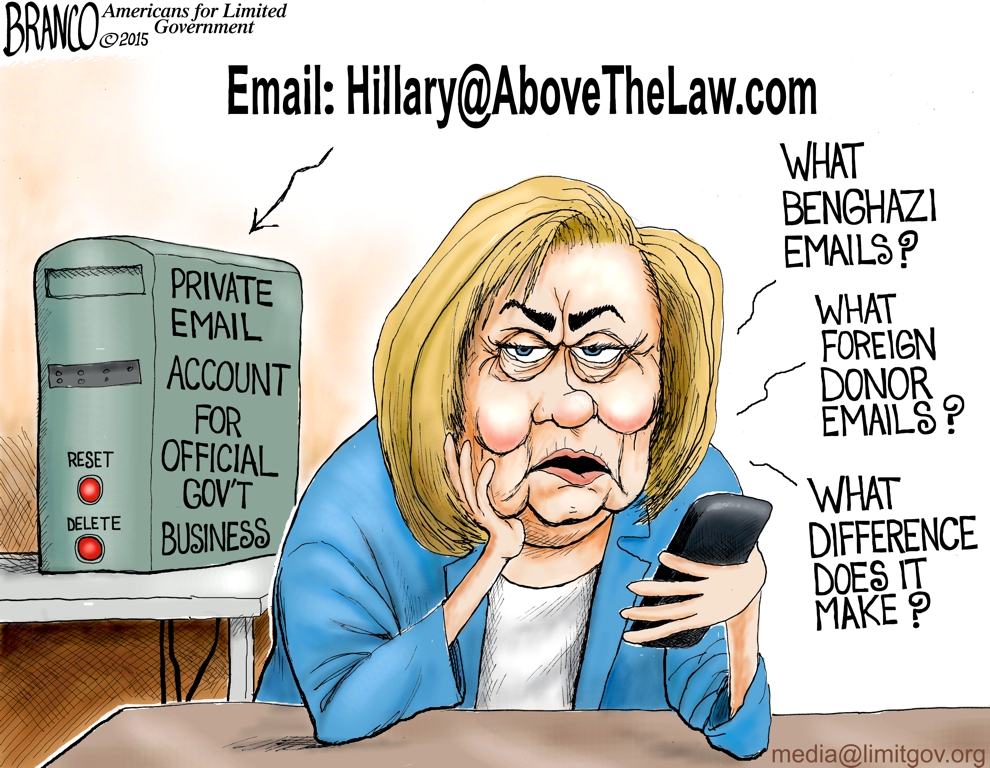 5.  Hillary Clinton’s E-Mail Scandal.  Hillary lied about ever having a private email server and, like her husband before her, she only came semi-clean when she was caught red-handed.  But then she lied about the amount, classification, and everything-in-between regarding her emails.  Democrats laughed, called Republicans idiots for being upset about those silly emails, and yet…
Shoe on the Other Foot Scenario:  Imagine if the same thing happened now under Pres. Trump.  Not so funny anymore, right?

Of course there are other things people on the right have been concerned with over the past 8 years, including the deadly VA wait lists and other creepy DC-based problems.  (As a refresher, here are 18 Major Scandals in Obama’s presidency.)

Our greatest hope should be that President Trump will never turn a blind eye to the problems we’ve seen in Washington, and that he will actually take those DC gangs and their creepy lobbyists to task.  You would think all Americans–including extremists on both sides–would want someone, anyone, to rid our political system of the decades-ignored build-up of corruption in Washington.  A great start would be to stop trusting in the wannabe-demigods of ABC/CBS/NBC/CNN etc and instead start watching what our elected officials are actually doing and saying, and try to understand their true intent.  Are they wrong?  Call them out.  Are they right?  Explain to the politically ignorant/indifferent why they are.  And while we’re at it, we should all continuously remind our elected officials who is the boss of whom.

Best case scenario, once the paid protesters stop getting paid and/or become bored with protesting things they don’t understand what they’re protesting for, life in America will calm down a bit.  People will hopefully start seeing action instead of words coming out of DC, and possibly a few really good things will happen as a result.

Meanwhile, the moral of the story is what so many of us on the right (and history) have been saying all along:  Big Government is never the answer, whether led by Democrats or Republicans.

Why Have An All-GOP Congress/Senate If They DO NOTHING?

Daniel Greenfield: The Elites are Revolting