‘We’ve come a long way, baby’ is something folks used to say in the ‘70s.  It isn’t an en vogue expression anymore, but most people still recognize it to mean that things have changed from their original form, or that they’ve covered a lot of ground, so to 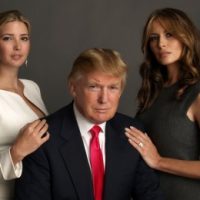 speak. I think the phrase is highly applicable to the American feminist movement, because that certainly have evolved over the past few decades. Of course, saying we’ve “come a long way” usually carries a connotation of improvement, that we’re better off than we were before (one undertakes a long journey in order to reach a better place, after all). Unfortunately, I’m not sure this part applies so well to feminism.

Believe it or not – and many of my fellow conservatives, I sometimes, fear, would prefer not – feminism can be a very good thing. It originally meant, quite simply, that women could be their own people; they didn’t need to be subservient to and dependent upon men. It was alright, in other words, for women to seek their own education, hold their own career, and earn their own living. Nothing about this message diminished anything about the kind of people they are: loving, nurturing, and in touch with their emotional side as compared with men. It simply meant that they could be who they are, without being thought second class citizens for it.

It’s one of the more lamentable perversions of contemporary American society that this has somehow been changed, subverted into today’s image of the “modern” feminist. Now, in order to please modern progressives, women are not allowed to be sensitive homemakers at all. They must be angry warriors, all of them, tough as nails to the point of that absurd Hollywood stereotype of a diminutive 20 year old girl somehow able to physically subdue a gang of burly men each twice her size – because you go girl. If they have children, then they better be valiant single mothers, needing men for nothing except to act as otherwise useless sperm donors who take no responsibility for anything and disappear after satisfying their base urges.

And therein lies the great irony of today’s “feminism”, a movement that used to be about empowering women now feels the need to abuse and marginalize men, and so militantly that it essentially embraces the kind of sexism that feminism is supposed to oppose. Except now, as long as you worship women and hate men, you’re a progressive hero in touch with the political orthodoxy of our times. Of course, this message isn’t just sexist against men. It’s downright insulting to women, too, aggressively implying with its relentless glorification of the unnaturally assertive butch girl that women can only be worthwhile people when they behave like men. 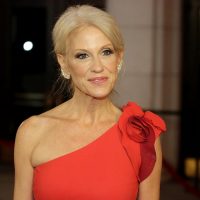 This is offensive garbage to me, and I’m happy to say that even in the oppressive climate of today, we have real women who show us what feminism ought to mean. I’m talking about people like Kellyanne Conway, Melania Trump, and Ivanka Trump, three actualized and empowered women who control their own lives without feeling the need to be unfeminine. Miss Conway is a close adviser and confidant of President Trump, having earned her way into a powerful place in his administration, while Ivanka manages a popular commercial lifestyle brand at the same time as participating heavily in her father’s business and political affairs. Mrs. Melania Trump former model and the First Lady of the United States and mother. Incidentally, these women are married (to men!) and have children. I adored a recent photo which Ivanka Trump posted to her Instagram page, showing herself dressed in formal business clothes and taking a phone call, all while holding her youngest son Theodore on her lap.

That’s what a feminist looks like to me, friends: a powerful, independent woman in control of her own life, who loves her femininity and nurtures children – responsibly (and quite literally, in the case of the picture of Theodore perched on Ivanka’s knee) with poise balancing her obligations. It’s an inspiration, I think, for women everywhere.

Daniel Greenfield: The End of Palestine