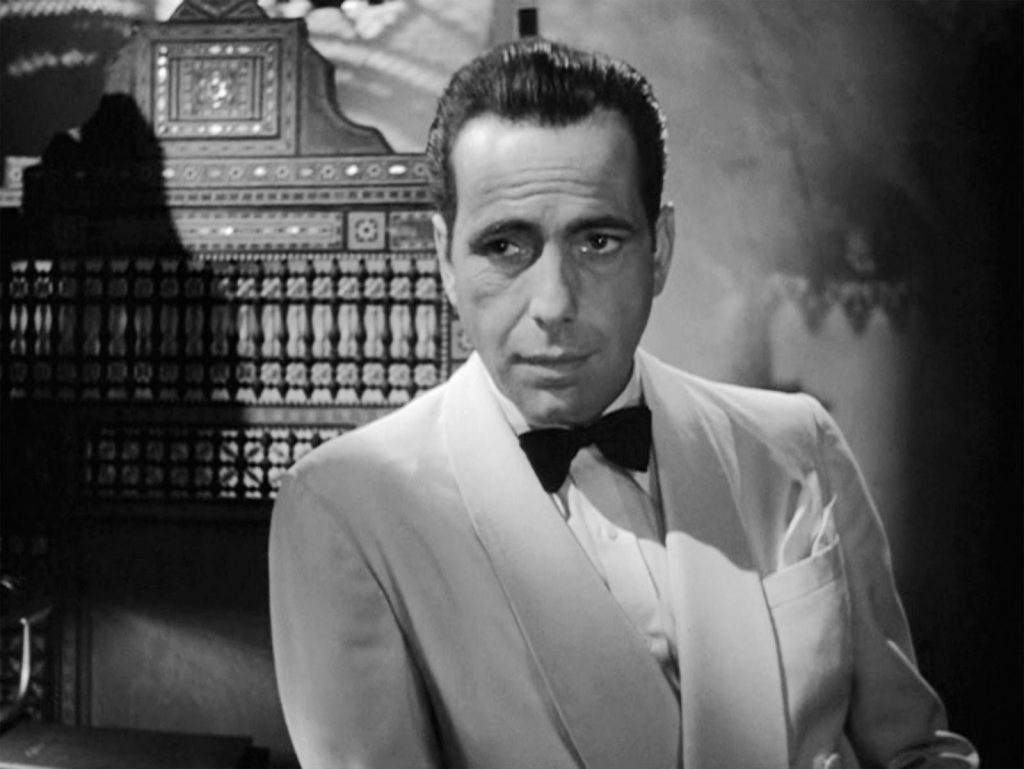 “I’ve got a job to do, too. Where I’m going, you can’t follow. What I’ve got to do, you can’t be any part of, Ilsa. I’m no good at being noble, but it doesn’t take much to see that the problems of three little people don’t amount to a hill of beans in this crazy world. Someday you’ll understand that.”

Those of us who have seen the film Casablanca know these words of Rick Blane played by Humphrey Bogart to Ilsa Lund played by Ingrid Bergman at the climax. The words sum up the redemption of a man who was concerned about the state of the world and who knew that he now had a higher calling. 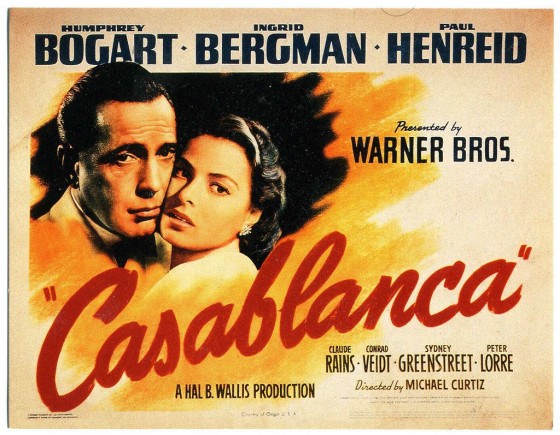 Casablanca was a film set during World War Two based on a unproduced play by Joan Alison titled Everybody Comes to Rick’s. The movie starring a top cast was premiered in November of 1942 and was considered a war drama. It won three Academy Awards, Best Picture, Best Director and Best Adapted Screenplay. At he time the film was not expected to have a major impact, however it regularly makes the top ten list of all time great films. Over the years it has become more than that and in the eyes of this fan of the film, it is a story of redemption and honor. There are also elements in the film that today remind me of the administration of President Donald Trump.

As movie buffs will recall, the story takes place in Casablanca, the major city in Morocco. Morocco was still a French colony at the time and was controlled by Nazi Germany. Though the presence of the German army was prevalent, control, was left to Vichy France. The Vichy government served as collaborators with the Nazis. Rick Blane ran a surprisingly very successful club in the city titled Rick’s Americana. It was a hive of activity with a variety of people taking part in its food and entertainment. There were local French men and women who remained loyal to the original French government and allies. There were also those who supported the Vichy government. Mingled with the group were refugees seeking proper papers to leave for countries that were free. There also con artists and criminals. The only Americans were Rick, who had had a successful life in Paris until the Nazis came, and Sam the Pianist played by Arthur “Dooley” Wilson.

Rick has been able to survive in this environment as he has stayed uninvolved in the affairs of government and politics. He is a deal maker and has made whatever arrangements were necessary to get along and be successful. His opposite number is the most interesting Captain Louis Renault portrayed excellently by Claude Rains. Renault is the portrait of a true collaborator and one who makes a profit from bribery and kickbacks. He is establishment. He gets along well with the Nazi commander Major Heinrich Strasser played by Conrad Veidt who is everything we would expect to see in a German leader in a film of this type. For a while Rick plays a game of cat and mouse with Louis Renault who would nail the club owner on charges if it didn’t prevent his own profit making.

Then things get complicated for Rick. In Paris he had a major love affair with Ilsa Lund and then two things interrupted it. First the coming of the Nazi’s and second Ilsa finds her husband, she had thought dead, is alive. Victor Laszlo, played by Paul Henried is not only very much alive, but also a leader in underground Czech resistance movement against the Nazis. Now Ilsa shows up at Rick’s American and Rick himself has to wonder “Of all the gin joints in all the towns in all the world, she walks into mine.” It is a logical place for her to go as she and her husband need special letters to help them escape from Nazi held territory. Rick has the connections and possibilities to bring this about.

As you would expect, Rick and Ilsa get together and their old love is rekindled. Ilsa decides to leave her husband and to go off to a new life with Rick. There is that climactic scene at the airport when theater goers wonder what will Rick ultimately do.  In fact the screenwriters had two endings written which were tried with test audiences. In one Rick and Ilsa see Victor off and they go off together. In the other Rick makes a major sacrifice. He gives up what would be the love of his life and a successful business by forcing Ilsa to recognize her own duties. It is quite a scene as Rick watches the plane leave and there is still an added surprise. This is a story of more than one redemption.

Renault had tipped off the Nazi Stasser who arrives at the airport to intervene. Rick kills him. When the police arrive Renault orders them to “round up the usual suspects.” Then the Vichy captain suggests to Rick that they join the Free French in Brazzaville. We will always remember that scene when they walk off into the fog and Rick says “Louis, I think this is the beginning of a beautiful friendship.”

As I review this film I have to think of our new president. There is a similarity between Rick Blane and Donald J. Trump though one is fiction and the other fact. Both have had to be familiar with deal making and in their lifetime had dealt with the good, the bad and the ugly. Just as Rick had built a business in Paris and then had to rebuild in Casablanca, Donald Trump has had to deal with ups and downs in the business world though ultimately both became successful in their worlds. Both men made major sacrifices as they saw a world situation that demanded their service. In the case of Rick it was the love of his life and possibly a life of leisure. President Trump could have continued to be a successful business dynamo and continue the greatest of life styles. Like Rick he knew there was something bigger than himself and a service he could render that no one else could do. He has had to give up much and now has to face vicious attacks from the establishment, the Democratic Party and the media. Just as Rick knew that joining the resistance his life would be on constant danger our president had no illusions that his chosen path would not be a bed of roses.

When Warner Brothers first began the casting for this film they considered Ronald Reagan for the role of Rick Blane. Then they found they could get Ingrid Bergman and knew that would draw Humphrey Bogart, hence Bogart got the lead. Being very familiar with the planned script for the film I believe President Reagan would have approved the comparison of Rick and our president. Bogie might have too. Though once very liberal, Bogart’s politics changed when he grew concerned that there were Communists in the industry and he cooperated fully with the House UnAmerican Activities Committee.

Lovers of this film can’t help but choke up a bit when they hear the closing of the theme song, As Time Goes By.

“It’s still the same old story A fight for love and glory A case of do or die The world will always welcome lovers As time goes by.”