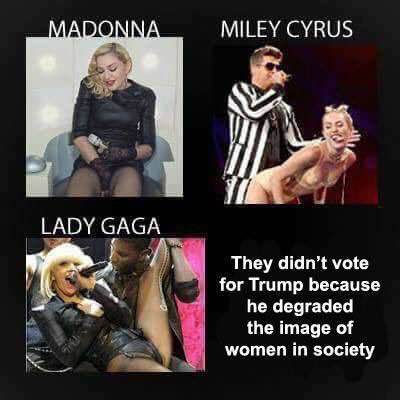 One of the hallmark characteristics of the Left is their constant outrage. They are always angry about something always have a grievance about something. Righteous indignation can be a good thing. The problem comes in when your anger and outrage is selective. Liberals have written the book on selective outrage.

That selective outrage was on full display the day after Inauguration Day during the “Women’s March” that took place not just in the nation’s capital but in cities all over the country and the world. The usual suspects showed up, Gloria Steinem, Planned Parenthood, celebrities like Madonna and Ashley Judd, and various groups who claim to represent the plight of all women. But do they really?

Thousands of women paraded around dressed as body parts and demanded an end to their “oppression”. At first glance it appeared that the only right that they were concerned about was abortion, anytime anywhere, 24/7. If one had just arrived from another planet, you would think that this was a basic human right and apparently the culprits denying this basic human right were men, more specifically President Donald Trump.

There was plenty of hate for the new president on hand at what was billed as a rally filled with love and acceptance. Acceptances of the results of a fair election were not included. What was also not included were women who held alternative viewpoints.

There were some things that were glaringly absent, and some glaring irony. Many attendees, including one of the main organizers, a woman named Linda Sarsour, advocated the acceptance of Sharia Law. Yes we are still talking about a women’s rights march. There was the issue of equal pay for women. However, the issue that their hero Hillary Clinton paid women on average 38% less not only in her Senate office but at the State Department as well was not discussed. Many spoke of the sexual exploitation of women. Their hero Hillary Clinton and the sexual escapades of her husband and how she was instrumental in destroying the lives of the women who came forward with accusations against him did not come up.

The women taking part in this historic event were outraged by the fact that not only the absence of abortion on demand was concrete proof of their oppression, but having to pay for their own birth control put that oppression over the top. The marchers made sure they let President Trump and everyone else know of their outrage over these facts.

But just a few questions, was it mere oversight, just an error that they forgot to mention the treatment of women in other countries? Especially while they championed the virtues of Sharia Law? Did they express outrage over women in Muslim countries who are basically second class citizens, the property of their fathers, brothers, or husbands? Were they ticked off about the fact that Saudi women are not allowed to drive, must have a male relative escort them out of the house, and that same male relative gets to decide whether or not they get to attend school or get a job?

Did Ashley Judd, while she talked about her poor personal hygiene, discuss the fact that girls and young women all over portions of Africa and the Middle East are subject to the brutality of female genital mutilation? After Madonna shared her desire to blow up the White House did she speak of women in Pakistan being gang raped to pay for the crimes that men commit? Did Linda Sarsour, while she touted the greatness of Sharia Law include the known fact that girls as young as nine are married off to old men? Did any of these oppressed women dare to include the sex trafficking of girls and women that goes on daily worldwide including the United States?

Most American women will not hesitate to say that this gathering in no way represents or speaks for them. Most of those women are conservative women.

It is all about the selection process.