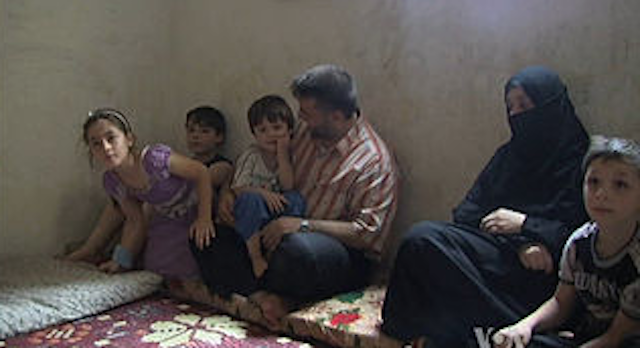 President Trump’s executive order regarding a temporary ban on immigration is drawing considerable consternation from the left and from big-hearted millennials who want to save the world through tolerance and inclusion.

Social workers and big-hearted do-gooders want to save the world of abused children through foster care and adoption.

These two concepts appear to be completely unrelated, but at their heart, they are very similar principles, and I believe the way that we have been dealing with both is the wrong way to deal with very real problems. The reason why is not something that I have seen any analyst, media, or activist address, but they should.

The mentality is that if someone cares or if they dare to call themselves a Christian, they have to care and want to help the poor, disadvantaged refugee and, of course, the children. I would have to agree. This is a principle that most everyone with a heart agrees with – left and right, liberal and conservative, Republican and Democrat.

The problem is in the underlying belief structure about how to fix it. Right now, just about everyone addressing the subject is coming from a very ethno-centric perspective – the belief that the way of OUR culture, of OUR country, is the best way to do things. It is basic Cultural Anthropology 101 (which, incidentally, was my major in college). We all have basic underlying presuppositions about the way the world works. One of those is that most people believe that “our way” is the best way to do things. Most often those presuppositions are rooted in religion, and few recognize that they have unchallenged beliefs about the way the world works that invisibly underlie every other belief, philosophy, and tenet they believe. Ethnocentricity is one of those underlying beliefs that very few are even aware that they have. But it is virtually universal.

So how does this relate to the immigration issue, or to foster care?

Right now what I am seeing is that, with both issues, many who want to solve the problems believe that the best way to solve them is to rescue those poor people out of their situation and bring them into their world.

To solve the refugee crisis, the belief is that America and Canada and other Western nations should take in as many of these people as we can and relocate them into our “better” culture, to rescue them from their bad situation.

To solve the problem of abused and neglected children, social workers and foster parents should take in as many of these children as possible and relocate them into their “better” homes and culture, to rescue them from their bad situation.

The problem is that both solutions completely take people OUT of their own culture, their own family structure, their own kinship, and thrust them into a foreign world with different customs, different beliefs and morals, different foods, a different way of speaking – in short, everything is different. Nothing is familiar. They are left utterly bereft of any and all of their previous support system and social structure.

They are relocated into a completely alien environment and then what? The do-gooders can go home and pat themselves on the back because they have done their good deed for the day. But the refugee and the foster child are still left to figure out how to survive and make it in life, but now, they are starting from scratch. Everything familiar is gone, and they are in chaos.

So how do we help? They are in crisis; hence, the word “crisis” is used in reference to these situations.

A much kinder, less ethno-centric (and less selfish) way to handle the situations would be to find a way to help both to stay in as close to their original culture, or family, as possible.

How this would look for the two would necessarily diverge from each other at this point. For the refugees, the global community should look for ways to, first of all, stop the need for them to leave their homes. If that is not accomplished, then the refugees need relocation into cultures that are not so different from their own. Many Middle Eastern countries are refusing to take in the Syrian refugees, but the culture and environment of those nations is much closer to the culture that they have left.

Instead of trying to bring the refugees into foreign Western countries, more effort needs to be placed on helping them get into other Middle Eastern areas. In case no one has noticed, there is a world of difference between Western culture and Middle Eastern culture. For a mother trying to adapt to raise her children, or for an adolescent trying to figure out who he is and what his place is in the world, that is much easier accomplished within a society that is more recognizable to them.

The ways Americans do things, whether we are speaking of the most liberal of Americans or conservative Americans, is foreign to the mindset of someone from Syria or Iraq. That is not a judgment; it is simple truth. Many cultural beliefs are neither good or bad; they are simply different. It can be very difficult for someone with a very traditional world view, no matter what culture they are from, to adapt to another foreign culture, especially one so radically different as that of the United States.

It is the height of arrogance to push that onto someone else from another culture. Yet, those who claim to be the most tolerant do not recognize that this is exactly what they are doing.

For foster children, it is a similar principle. All children are born into a family. Not only do they have parents, but they have grandparents, aunts, uncles, cousins, neighbors, school mates, church friends, and others who make up their social structure. No one has a perfect social structure, but it is their own support system, unique to them.

When social workers remove a child from a home, for whatever reason, and place them with strangers in a foster home or group home, that child just lost his or her entire social structure. Just like the refugee, the child is thrust into a foreign world with different customs, different beliefs and morals, different foods, a different way of speaking – in short, everything is different. Nothing is familiar, and they are in chaos. They are left utterly bereft of any and all of their previous support system and social structure.

Government statistics show that children who are placed in foster care are at least 6 times more likely to be abused, molested, raped, or killed than they would be even if they were left in an abusive home. Only now, they have no one and nothing familiar to turn to. They are alone.

For both situations, what good people who care should turn our focus to is efforts to keep the refugee and the abused or neglected child in their own culture or home, or as close to that as possible. (And the reality is that the majority of children removed from their homes by child protective services are not abused or in any real danger.)

It is the height of arrogance, and ethno-centricity, to believe that “our” way is best for them, and that the best solution is to remove them from everything that is familiar and thrust them into OUR idea of what is best for them, based on our own pre-conceived notions without regard for who they are and their need for their own culture and social structure.

Let’s rethink this, shall we?