We, as a people, are capable of shocking and vast degrees of evil. There’s nothing to be gained by denying it. It isn’t 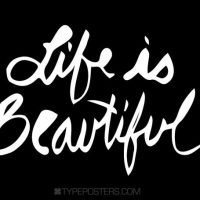 because of our policies on drug use, our exact stance on education, or disagreements over whether federal highway funding is being utilized properly. It isn’t even because of how we approach genuinely important issues, like national defense, environmental protection, and the kind of economic improvements that may allow more people to find work and put food on their family’s table. It’s none of those things, because call me an optimist, but I believe that good people can have different opinions on them. No, I say we have the capacity for great evil because we tolerate a society that sanctions infanticide.

Don’t get me wrong: there’s no claiming that abortion isn’t a controversial subject in this country. Politicians are always debating about it, decrying it, saying we need strict new laws restricting or forbidding it and occasionally even introducing the legislation for such laws. Who knows, some of those politicians might even mean what they say, reluctant as I am to believe that. But nothing meaningful ever gets done, “abortion on demand” remains the law of the US, and innocent babies keep right on being murdered.

But don’t take a gloomy message from what I’m saying here. Remember, I’m an optimist, and I’m actually pretty darn hopeful on this issue. That’s because I can already see the winds shifting, and the times turning against this unconscionable practice. We have had heroic demonstrations like the March for Life, and this year it came at a time of virtually unprecedented optimism for a future that respects human life. This flies in the face of the people and organizations that make up what I call the “death industry”, after Dr. Kermit Gosnell sentenced to life in prison without parole for the murder of babies born alive and killed by his hands and the groups comprised largely of Planned Parenthood and the National Abortion and Reproductive Rights Action League (NARAL), and they aren’t too thrilled.

What maddens me about these activists is that they claim to champion a legitimately important social issue: women’s rights. As if legal sanction to murder another human being were something most women would even want to do, let alone an important “right” for them. To me, this illustrates the twisted logic that allows evil deeds to be done out in the open. Groups like Planned Parenthood’s and the recent undercover arrangements and the discoveries of paid for body parts  a conspiracy, NARAL have perverted the real meaning of women’s rights, and they have done so in order to call themselves heroes and progressive revolutionaries when they are calling for the most unspeakable thing imaginable  profiting  with other people who support this business of trade is beginning to  unravel the entire for-profit fetal tissue industry, one that Planned Parenthood has played a key role in for years
The reason I’m hopeful, though, is because of the signs that times are changing. The most momentous of these signs, of course, is the recent election – and ever more recent swearing in – of President Donald Trump, a staunchly pro-life man who has promised and already taken action on abortion. Most notably, he has signed an executive order reinstating the Mexico City Policy (Global Gag Rule), which bans federal money for any and all international organizations that perform abortions. He’s also spoken of defunding Planned Parenthood, something I am eagerly looking forward to seeing him move on as his first term progresses.

We’ve also had House action in recent days passing a permanent extension to the Hyde Amendment, which blocks federal funding from local abortions as well. The Senate has yet to vote on this one, but again, I am hopeful and encouraged.

We also have action on the state level. Louisiana just last year passed 7 new laws restricting abortion access, while Texas brought about no less than 17 civil rights laws recognizing unborn children as people and protecting them from murder. Other measures have been enacted in various states such as Florida, Kentucky, New Mexico, and Tennessee.

Abortion isn’t and should not be just any other political issue. The government and organizations who perform these egregious acts can disagree with me on an awful lot of things, and while I will make my voice heard and my opinion known, and fight in every legitimate way possible for what I believe, I’ll sleep at night whether my views are adopted or not. But I cannot abide a nation that sanctions and encourages the murder of helpless children, as long as money is taken away from the tax payer to fund these organizations, so they may profit from women who may never understand the full extent that these organizations are willing to do for that profit.

Fortunately, if people and our President Donald Trump are able to do their work, we may not have to for much longer.