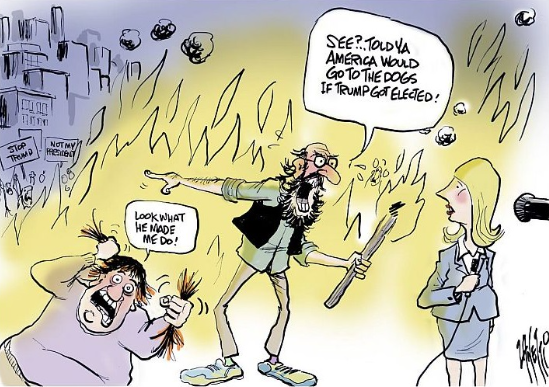 When massive crowds flood New York City streets on a weekly basis to protest President Trump and his agenda, it can seem like everyone is on the same side, but Brooklynites Glenn Nocera and Batya Goldberg tell you otherwise.

“It feels like sometimes you’re at the Alamo, you’re outnumbered,” said Nocera, a lifelong Republican and an ardent Trump supporter. He said many people have “de-friended” him on Facebook. His brother, who had a Trump flag on his car, received a letter from a stranger calling him an embarrassment to the city.

Goldberg, President of the Brooklyn Teen Republican Club, says she has also found herself in a tough position because of her support for Trump.

“Sometimes I feel intimidated, peer pressured to support the opposing party, the Democratic candidates and to be against Trump sanctions,” she said.

In a city that overwhelmingly voted for Hilary Clinton, being pro-Trump is not popular, but Goldberg and Nocera say they’re finding ways to cope with the stress that comes with that.