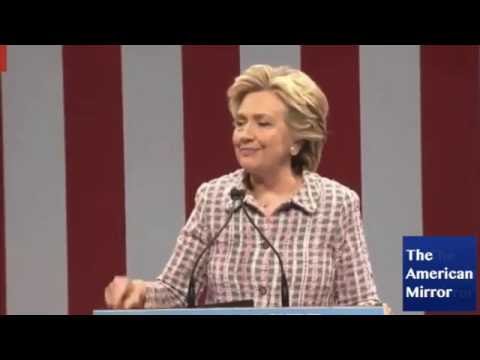 It looks like Hillary Clinton isn’t going to be riding off into the sunset to retire after all.

Mrs. Clinton is planning to write a book reflecting on her defeat in the 2016 election to President Trump and will soon return to the paid speaking circuit.

According to the Washington Examiner:

“The book, slated for publication in the fall, will contain a collection of personal essays, her publishing company announced on Wednesday. Clinton said she will draw from “words I live by” in her essays, using her favorite quotations as inspiration for various reflections on her life.

Clinton will also begin delivering paid speeches again. On the campaign trail, she weathered fierce criticism for accepting six-figure sums in exchange for speeches that occasionally contradicted positions she claimed to hold while running for president.

Transcripts of the most controversial paid speeches were leaked after hackers infiltrated the inbox of her campaign chairman, John Podesta.”

Perhaps, this move is setting her up for another presidential run in 2020? I guess we’ll find out soon enough.

The War Our Sons (and Daughters) Now Face on College Campuses