A crisis came to Longmont, Colorado. And for once it wasn’t snow falling from the sky. 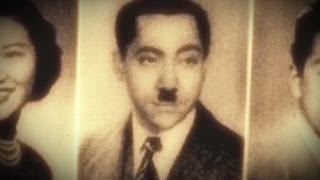 Instead top Longmont officials appeared less worried about the piles of snow that blocked off roads and closed schools than a politically incorrect octogenarian as they converged on the home of an 83-year-old man to demand that he take down a yard sign critical of Islam and Muslim immigration.

“Muslims kill Muslims if they don’t agree. Where does that leave you, ‘infidel,'” the sign asked.

A story ran in the local paper. The Denver Post took note. The Associated Press headlined this vital story as, “Longmont man refuses to take down anti-Muslim sign”. The refusal of an 83-year-old man to recant his politically incorrect, but factually correct, statement on Islam had become a national crisis.

Some of the coverage contained information about the location of an elderly man standing up to Islamic terrorists. But there was no objection to putting his life in danger because of his “objectionable” views.

Longmont’s Public Safety Chief and the Community and Neighborhood Resources Manager visited Harry McNevin to urge him to take down the sign or change the wording. A variety of other public officials also weighed in. A protest was contemplated as soon as the potential protesters could “figure out exactly what he means”. McNevin helpfully explained, “They’re not our friends, they’re our enemies.”

Or as Islamic teachings put it, “Do not take the Jews and the Christians for friends; they are friends of each other; and whoever amongst you takes them for a friend, then surely he is one of them.”

The threats poured in after the newspaper articles. And they succeeded. The temperature fell well below zero and the sign came down. The left had notched another social justice victory. It had every reason to be proud of itself. It had terrorized an 83-year-old man to prove that Muslims aren’t terrorists.

But it’s not just Muslims who terrorize dissenters. Leftists have a long history of intimidating, jailing and killing those they disagree with. The war on Islamophobia is a perverse fusion of two intolerant ideologies protecting their privilege to remain above criticism.

Longmont is an unlikely target for Islamic terrorism. And yet it intersects with another encounter with Islamic terror. Start out at the offices of the Longmont Times-Call and drive up to the University of Northern Colorado. Assuming the snow isn’t too bad, it’ll take you around an hour to make the trip. And there’ll you will find one of the more obscure battlefields in the current Islamic war against the West.

The name Sayyid Qutb won’t ring any bells in Greeley, Colorado. It’s doubtful that anyone remembers an ugly, scowling man with bulging eyes and a little Hitler mustache who lived there in the 50s.

But Qutb certainly remembered them.

Back then the Muslim Brotherhood monster who serves as an inspiration to Al Qaeda, Hamas and ISIS was just another foreign student at Colorado State College. Like many of them, he violently loathed America and everything about it. Hardly any aspect of life was safe from Qutb’s envy and loathing. These he distilled into a hateful tract with furious subtitles such as, “Americans Are Free of Humanity”.

The American character was “deformed” and the people he encountered were “abysmally primitive” who might as well be living in “jungles and caves”. They were in love with “hardcore violence”. The churches of Greeley were places of “meeting and friendship” or “as they call it in their language ‘fun.’” Qutb even managed to describe in breathlessly outraged tones the lyrics of “Baby, It’s Cold Outside.”

He groused that football was a primitive game of “great violence and ferocity” which was misnamed because “the foot does not take part in the game”. Reflecting typical Islamic racism, Qutb ranted that jazz was created by “savage bushmen” to “satisfy their primitive desires… for animal noises.” American clothes were too garish and primitive. Even the barbers who gave him haircuts had “awful taste”.

They probably didn’t even appreciate his carefully nurtured Hitler mustache.

Qutb lusted for the “enticing legs, arms wrapped around waists, lips pressed to lips, and chests pressed to chests” even as he denounced the “overwhelming lust for the sensual pleasure” of Americans. He paid close attention to “the round breasts, the full buttocks” of Greeley’s women and girls. The women represented America to the Egyptian Islamist, as to so many Islamists after him, desirable and hated.

America was unimaginably advanced. Qutb had been a big fish in a small pond. His background, like that of many Muslim Brotherhood figures, was with the landowners. But even Greeley couldn’t help making him feel backward and small; a primitive savage in a land where peasants could live like kings.

Behind his sneering lay the sense of inferiority that motivates Islamist violence. Islamic colonialism asserts its supremacist conviction of superiority out of that same resentful knowledge that it is inferior.

Qutb’s writing, like all Islamist works, argued for the natural superiority of Muslims. All these arguments are necessary because even casual observation shows the superiority of the American way of life to the Islamic way of life. It is Qutb’s civilization that is guilty of the flaws and faults he attributed to America.

It was not the Americans who were “enthralled” with “flowing blood and crushed limbs.” It was a Hamas suicide bomber from Qutb’s own Muslim Brotherhood movement who boasted, “We are a blood-drinking people and we know that there is no better blood than Jewish blood.” It was a member of Qutb’s Muslim Brotherhood Free Syrian Army in Syria who was videotaped eating a human lung.

Qutb wrote that the “American love for peace” was an “illusion”. But it’s the Islamic peace that is the illusion. Islamic peace is achieved only through war. Muslims fight an endless war for peace against the rest of the world and an endless war against each other to establish their version of the “peace”.

So Harry McNevin pointed out in a place not too far from where Qutb fulminated against America.

It was not the people of Greeley who lacked all regard for the sanctity of human life or respect for the dead. It is Qutb’s devout Islamic followers who cry, “We love death, you love life.” And it is they who swarm over the bodies of their victims and their terrorists alike, holding up bloody body parts.

Nor was it the good people of Greeley who lacked sexual mores or self-control. That too could be found in Qutb’s Muslim Brotherhood mobs swarming and assaulting women in Tahrir Square. Taharrush gamea mobs of Muslim men converging on women, groping them and tearing off their clothes, have been documented from Cairo to Cologne.

Qutb’s indictment of Greeley attributed to the American “other” the malignancies of Islam. Once the sins of Islam are laid on the West, then it may be saved from persisting in the pre-Islamic darkness of Jahiliyyah through conquest, colonization and mass murder by the vanguard of Islamic civilization.

For over a thousand years, Muslim colonialism has destroyed countless civilizations the same way. America is only the latest to face the invasion. Qutb, like Mohammed and countless predecessors, looked upon Greeley, Colorado and decided it could be vastly improved with slavery and beheadings.

Harry McNevin’s critique of Islam is far shorter and to the point than Qutb’s critique of America. But unlike Qutb, McNevin does not waste his time on trivialities such as critiquing haircuts or complaining about anecdotal incidents. Instead he notes that Islam does not bring peace even among Muslims. 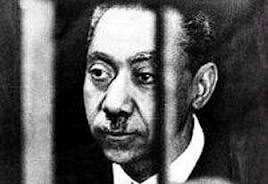 It’s a critique that can have no answer. The Muslim world’s perpetual violence speaks for itself.

And so the Muslim Brotherhood, the men who walk in Qutb’s hateful footsteps, invented the very tool that would be used to censor Harry McNevin. They popularized the accusation of Islamophobia.

The followers of that bigot with the bulging eyes and the Hitler mustache found a way to silence an 83-year-old man and his yard sign. They did it with the complicity of the Coloradans whom Qutb hated.

The crisis in Longmont, Colorado has been settled. The yard sign is gone. And with the departure of that piece of wood, goes the need to think about what all the Qutbs who arrive here every year will do.

As the snow falls in Longmont, the clash of civilizations continues around the world.

Right or Wrong? Mohajer vs. Greenfield on Trump's Travel Restrictions