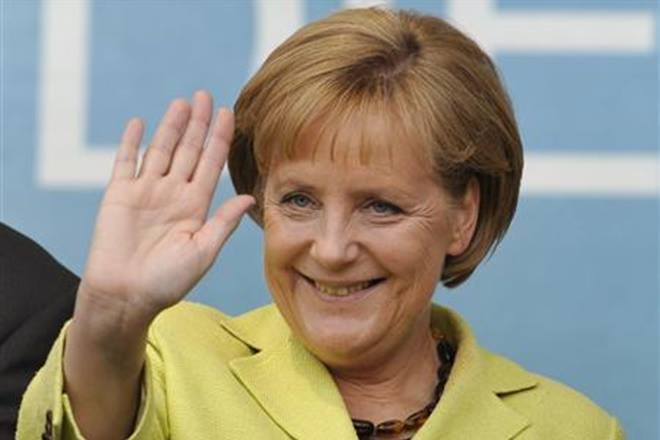 While citizens of the United States are currently in a heated debate over the 9th Circuit Court of Appeals’ decision to continue the halt on President Trump’s refugee ban from seven separate terrorist-infested nations, German Chancellor Angela Merkel is offering cash handouts (worth millions of pounds) for migrants to leave Germany in an effort to silence criticism of her ‘open-door’ border policy.

In her ill-fated plan, which saw 1.2million refugees flock to the country, Mrs Merkel has now vowed to send many of them home.

The German chancellor agreed a package of measures to speed up the deportation process for an estimated 450,000 migrants who have been rejected asylum.

“The controversial plan, which marks a significant toughening of previous proposals, includes a £76million scheme that will offer migrants cash incentives to leave Germany voluntarily. Many will see the move as a desperate attempt for Miss Merkel to claw back support ahead of her challenging re-election bid in September.

Criticism of her decision to leave Germany’s borders open and welcome all refugees during Europe’s migration crisis in 2015 has led to a surge in support for anti-immigrant parties. Flaws in the open borders system were highlighted in the aftermath of last year’s Christmas market attack in Berlin when it was revealed that Tunisian terrorist Anis Amri had been denied asylum months earlier.

The plans agreed by Miss Merkel will allow officials to analyse asylum seekers’ telephones in an attempt to verify their identity, while rules for detaining migrants will be widened. The proposed crackdown, which has been criticised by human rights groups, will also include the creation of a department in Berlin to co-ordinate mass deportations.”

Thanks to the Ninth Circuit Court of Appeals, it looks like the Unites States is going to follow in Germany’s footsteps and learn the hard way.

CNN Boots Bernie after He Jokingly Calls Them "Fake News!"