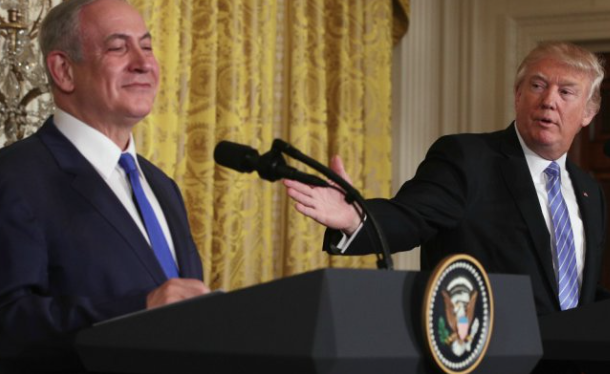 A new era has come for the people of Israel. An era of a much stronger alliance of the United States and Israel, under the leadership of President Trump and Prime Minister Benjamin Netanyahu. The past 8 years hasn’t been easy for Israel, with an American President with a hateful agenda of the Jewish State. Now, we have a true ally, a true friendship where our hands will no longer be tied to run the State of Israel the way it should be.

I watched the press conference between the two leaders and was mostly pleased. There will very little concerns I felt coming from President Trump when he spoke about the “settlements” advising Prime Minister Netanyahu to hold off. I always felt if Israel is the sovereign we are supposed to be, we shouldn’t allow any leader to dictate on how we live. I loved the response of President Trump’s answer to the 2 State Solution. He is happy if both parties are happy, keeping his promise that he would not meddle in Israel affairs. President Trump also showed concern over the terrible Iranian nuke deal and actually see it for the threat that it is. I am glad to see that they will work together to neutralize that threat because Iran is a country that calls for death and destruction to not only Israel, but to the United States as well.

I don’t think I have seen Prime Minister Netanyahu this happy in 8 years in an American Press conference. I felt the atmosphere was so different compared to his relationship with President Obama. He was smiling, laughing joking but still maintained a professional stance. I feel my only issue with the Prime Minister is that I think he should flat out state he is against the 2 state solution. True, this peace process has different meanings to different leaders and especially in the Arab world, but we know the Arabs that are in office do not even recognize Israel. They do not show up to peace conferences, and like PM Netanyahu said they want to erase the Jewish connection to the land, especially the word Jew came from Judeah. Prime Minister acknowledge the dangers of the 2 state solution and gave to requirements the recognition of Israel and security of the region, I agree with this.

In summary I felt it was a great press conference with lots of potential to fight radical Islam. Both leaders have a certain chemistry which is needed to be able to accomplish their goals. I feel it will be a great secure 4 years and look forward to be a part of it, especially the move of the U.S. Embassy to Jerusalem.

Protests: Crazy, Clueless, or Both?