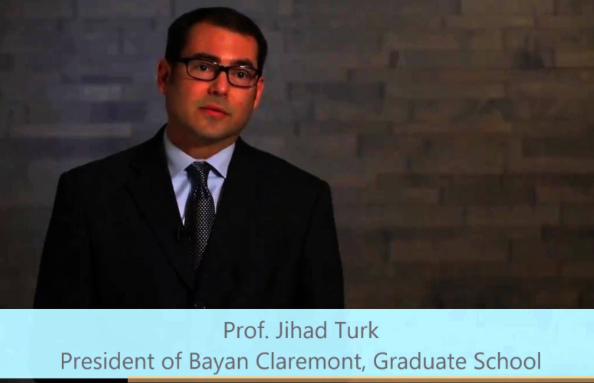 In a world where peaceful Muslims have seemingly been trying to separate themselves from violent extremism and terrorism, why would they reject hundreds of thousands of dollars for their schools?

Basically because they do not want to be associated with President Donald Trump.

According to Bayon Claremont graduate school president, Jihad Turk, (his real name), “[O]ur mission and our vision is to serve the community and to bring our community to a position of excellence and if we’re compromised, even if only by perception in terms of our standing in the community, we ultimately can’t achieve that goal.”

[I]n Dearborn, Michigan, Leaders Advancing and Helping Communities said last week it was turning down $500,000 for youth-development and public-health programs because of the “current political climate.” Ka Joog, a leading Somali nonprofit organization in Minneapolis, also turned down $500,000 for its youth programs.

The Homeland Security Department did not immediately respond to a request for comment Friday.

A U.S. official said the Trump administration has been discussing changing the Obama administration program’s name, established as a presidential strategy in 2011, to an iteration of “countering Islamic extremism.” The official, who has knowledge of the discussions, was not authorized to speak publicly about the proposal and spoke on condition of anonymity.

All told, more than 20 percent of the roughly $10 million awarded by the Homeland Security Department has been rejected. And other groups have signaled they may follow suit, should the name change.

Turk said school officials already had reservations about the CVE strategy under President Barack Obama because they felt there’s no clear or proven pathway to violence for someone with a particular extreme ideology. The group went ahead, despite worries by some activists that the program equated to a government surveillance program, because it believed the previous administration wasn’t hostile to their faith.

Tea Party Leader: "Texas Not as Conservative as Advertised"