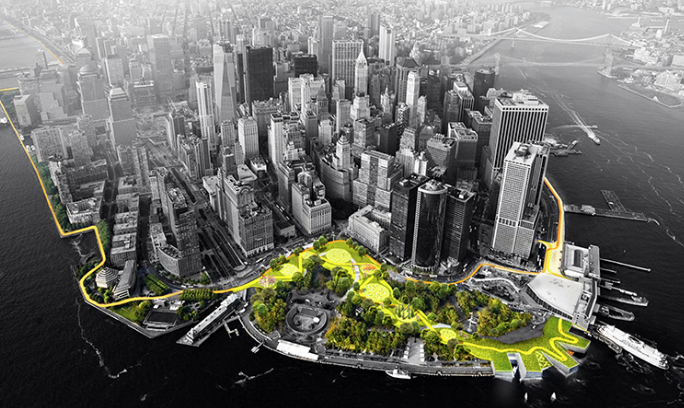 The latest dog-whistle word for the Progressives’ government spending scheme to redistribute wealth and control people’s lives is called “urban resilience.” Apparently, Progressives have learned that people are moving out of big cities in favor of smaller rural towns.  And the Progs are spending big money to develop government solutions to stop it.

Over the last four years, Progressives have been busy laying the groundwork for a population control program called the 100 Resilient Cities Centennial Challenge (100 RC).  The Clinton Global Initiative is touting the plan funded by the Rockefeller Foundation:

In 2013, the Rockefeller Foundation committed to drive action towards building worldwide urban resilience through the 100 Resilient Cities Centennial Challenge (100 RC), which will be implemented over the course of five years. Each of the 100 cities will be supported in hiring a Chief Resilience Officer, gain membership to the 100RC Network, and be provided access to tools and resources. (emphasis added)

In Latin America, where 80 percent of people are urban dwellers, 17 cities – including Mexico City and Rio de Janeiro – have signed up to the 100RC initiative . . .

The funding pays for cities to appoint a chief resilience officer and develop a strategy to deal with challenges such as climate change. . . .

Resilience is not an easy thing to push forward. There has to be willingness and capacity… within the government,” said Zapata, who will head up a regional office for 100RC opening in Mexico City later this year.

Note the Liberal Speak in this political hack’s language and the not-at-all-subtle push for long term entrenched government spending:

Making sure resilience is institutionalised by cities and supported by legislation is essential to guarantee the long-term continuation of the strategy, irrespective of political handovers or ongoing support from 100RC, he said.

The biggest resilience challenges for Latin America’s cities are improving transport and waste management, and securing water supplies, along with social policy issues such as supporting migrants from different parts of the continent, he said.

The 100RC initiative aims to give “mind space and oxygen” to the 17 cities signed up in the region so that they can prepare themselves for the future and “think differently” over a horizon of 20 to 30 years, he added. (emphasis added)

Translation:   People are leaving bloated big cities and returning to more rural communities.  They are doing so independently and naturally based on a variety of factors including overcrowding, traffic, pollution, blight and crime.

You’d think this migration would be welcomed to ease crowding in cities and to grow smaller cities.  However, to the Progressive mind, this decentralization of population is a threat to maintenance of a cheap labor force and centralized population control.  So they’ve come  up with a positive-sounding name —  Urban Resilience — as a cover to direct more spending to bureaucrats in government ostensibly to counter the myth of manmade “climate change” to keep the troglodytes in the big cities where they can be better managed by government.

Daniel Greenfield: A Drought of Sanity in California