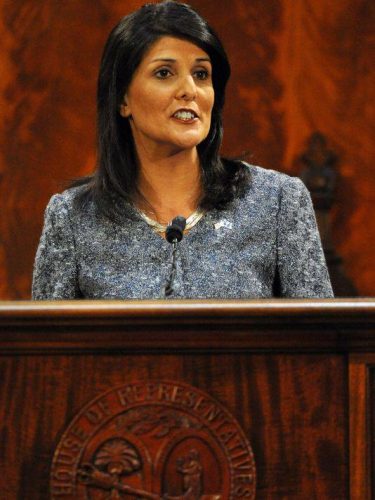 South Carolina Gov. Nikki Haley was confirmed on Tuesday to become the next U.S. ambassador to the United Nations. The rising political star is now charge of advancing President Trump’s agenda at the UN, an institution which has been under a great deal of scrutiny in recent years.

It was an easy confirmation for Haley, however, a striking contrast for a Republican who loudly criticized Trump during the GOP primary.

Haley has no formal diplomatic experience, yet, she received overwhelming support from both Republicans and Democrats. The vote of 96 to 4 reflected some Democrats’ view that Haley would be a sensible diplomat and also speak her mind in the new administration.

Just four senators — Independent Bernie Sanders of Vermont and Democrats Chris Coons of Delaware and Tom Udall and Martin Heinrich of New Mexico — voted against her.

Below is the video for Haley’s Senate Confirmation Hearing: