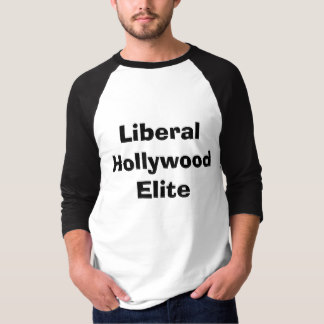 Just like the wicked witch in “The Wizard of Oz” the “snowflakes” in Hollywood have had cold water thrown on them and the result is a stark, brutal meltdown that has them saying, “You cursed Trump! Look what you’ve done! I’m melting! melting! Oh, what a world! What a world! Oooooh, look out! I’m going! Oooooh! Ooooooh!”  Yes, they are at a loss as to how to handle not getting their way and they are gathering in groups trying to pick up the pieces of a shattered world that was their utopia and their dream.

But it wasn’t the dream of most Americans which was proven by the fact that millions of the forgotten, disenfranchised and mocked joined arms and marched to the polls on election day and made their voices heard.  The result was loud and clear, politics as usual and the establishment elites were over and a new day had dawned.  The people wanted to be heard, not ignored, they wanted a voice that had been stifled for far too long and they picked the man who could speak for them:  Donald Trump.  The people were tired of having liberal, far-left agendas shoved down their throats in everything from news, print media, films, television, music, books, etc.  They were tired of the “political correctness” of the left and the demonizing of the foundation of our republic and it’s Judeo-Christian values.  Enough was enough and the dam broke on November 8th, 2016.

Most of the Democrats were shocked at the outcome, but none were more devastated than the Hollywood elitists who absolutely refused to accept the results and vocalized their anger, hatred and disdain every chance they could find a camera to capture their venomous outpourings.  Every chance they got they ranted and raved and perpetuated the lie that Trump was a racist, a misogynist, a homophobe, etc.  They ran with the unsubstantiated and unfounded accusations that the Russians had hacked the election to sabotage Hillary and put Trump in office hoping that the uninformed voters would buy it.  The media, always in their corner, ran with it as well so that it would become an ingrained narrative.

According to an article in Politico, Beau Willimon, the creator of the Netflix series “House of Cards”, has arranged a “therapy group” of sorts, a safe place where celebrities and like-minded Hollywood types can go and strategize on what went wrong and how can they get their mojo back.  According to reports, Hollywood is so devastated by their loss of power that they are bordering on mental breakdowns.  I suppose if you had sunk mega millions into Hillary Clinton’s campaign over the last decade, hosted countless fundraisers for her and other Democrat nominees and held the vision that you would be an ambassador to some foreign country or get a high profile position in her administration, you would be melting down too.

There is a strange thing that comes over people who live in the Hollywood world.  It is very similar to what happens to people in Washington, DC when they enter the realm of power and elitism.  Somehow, they leave the real world and cross over into a bubble where they are pampered, adored and idolized.  They are put on a pedestal and perhaps the air at the top is so thin, they forget who they are and where they came from.  A great majority of these people started out just like the rest of us, they came from somewhere else and probably had a normal life with normal values before the heady drug of fame, money and power seduced them.

They become accustomed to getting everything that they want, no one ever says no to them, and if they lose at anything, it is always someone else’s fault or something untoward took place that undermined them.  They never take responsibility for anything and they never fail.  They can’t fail because they are “special”. People love and worship them and no matter what they do they are never wrong. They are rich, privileged and believe that what they say should be followed by everyone.  In their minds, they are smarter than you because of who they are.  Some celebrities handle fame and fortune pretty well.  Either they are surrounded by people who keep them grounded or they have a strong self-worth and faith to cling to, but others lose their grip on reality.  Many get lost in that bubble and that is when they disconnect from who and what the real world is.  We see tragic stories and unhappy endings for many of these people because they live for their “celebrity” and when it ends, so do they.

The Hollywood types that are melting down and not dealing with who America really is are in denial.  Hollywood was supposed to know and understand both “Red and Blue state” America.  They boasted that they had their finger on the pulse of what people wanted to see and hear and now they see that they didn’t know “Red state” America at all.  They insulted and ridiculed those who they considered “ignorant hayseeds”, they went out of their way to stereotype middle America, church-going gun owners and some members of the military in many films and television shows.  When Donald Trump came along, he epitomized to them what all of these “deplorable” people were and they dismissed them with disdain.  They will never believe that “they”, the elitist liberals might be on the wrong track and pushing the wrong message.  That never even occurs to them, and even now, they are trying to come to grips with the fact that not everyone agrees with them.  How can that possibly be?  To them we are idiots not worth discussing.

It really isn’t hard to figure out why Hollywood is melting down.  Remember, they live in a make-believe world and everything has an instant solution.  If an actress unexpectedly gets pregnant which could possibly jeopardize her career?  No worries, that can be handled immediately.  No Planned Parenthood for them, they get whisked away by limo to a top hospital where their publicist explains they underwent a minor procedure.  Problem solved, career saved.  Same with a DUI, drug bust, assault, or even murder.  They don’t live by the same rules as everyone else so no wonder they can’t understand our world.

I try not to pay attention to most of these people because I know most of them are just following the crowd in Hollywood.  It is cool to be a progressive and hang out with the Clintons, Obama’s and the best and brightest in Hollywood.  It is an elite club and they all want to be a part of it.  Probably more than half of them don’t even know the issues, who their senator is or perhaps they don’t even bother to vote.

If President Trump succeeds in “making America great again”, Hollywood will benefit just like the rest of us.  We all want a better country and they need to take off their petulant face-masks, stop their angry and divisive script dialogue and join the “real world”.

The Gospel of the Left: No Christians Need Apply