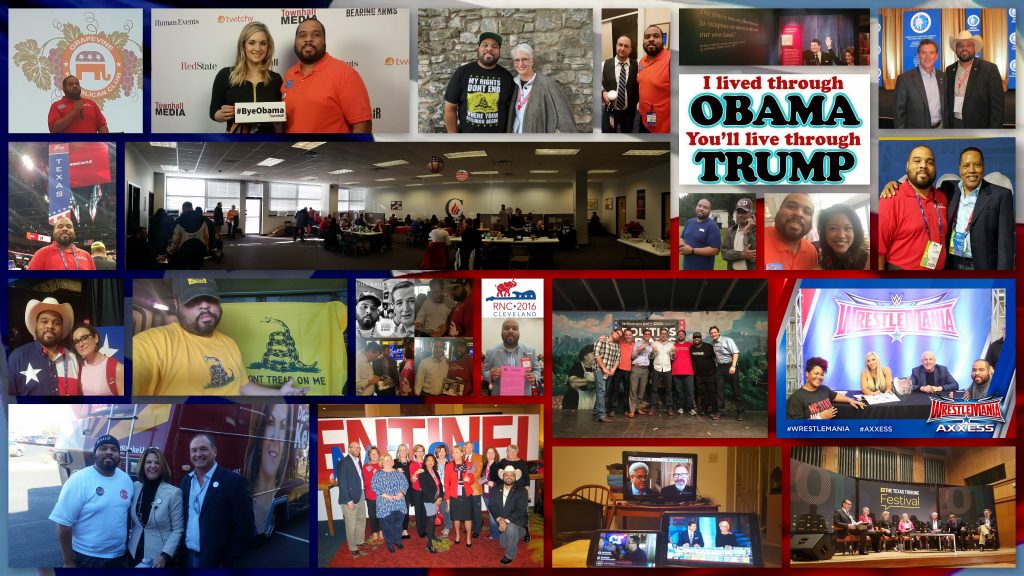 There I was, driving through Des Moines, Iowa one Friday night last January, carefully listening to the GPS so I wouldn’t miss a turn and risk getting stuck somewhere.  Being a truck driver, even without your trailer, it can be nerve wracking when you’re in urban areas with frigid conditions on the roads. It was a few weeks before the Iowa caucus so political ads were on almost every street along the way.  There was an ad for Jeb Bush right outside the location where I would be staying, alongside a billboard for Bernie Sanders–but I wasn’t there for either of those candidates.  My destination was at a college dorm renamed “Camp Cruz” where I was planning to volunteer for Senator Ted Cruz’s presidential campaign.  Little did I know it would be the beginning of an amazing year in 2016. Unfortunately it seems people are lamenting on television and social media about the “horrible year of 2016” and many said they couldn’t wait for it to be over–but you can count me out as a hater of this past year because 2016 was pretty good to me! 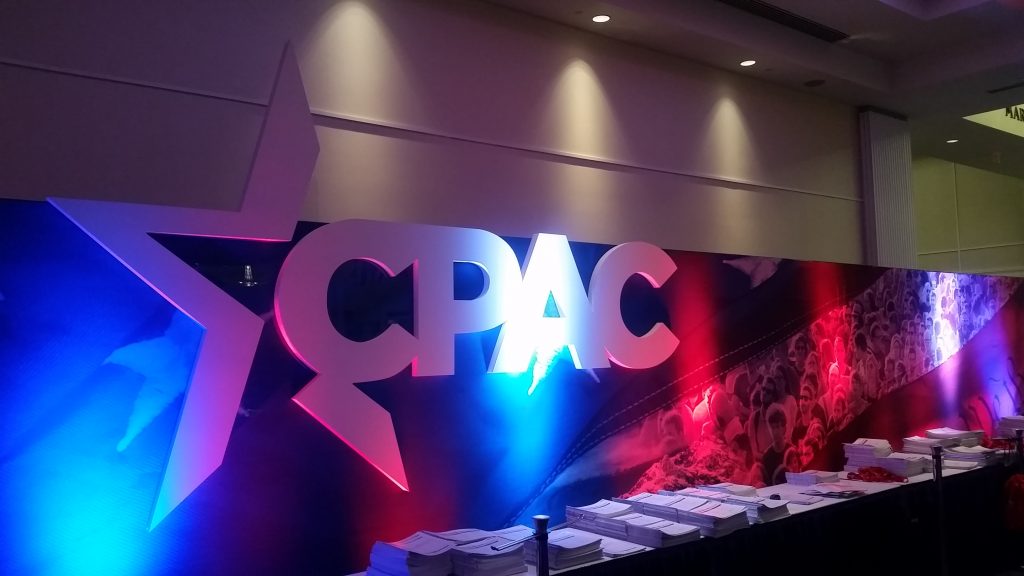 The newly formed Conservative Review held their first Conservative Convention in Greenville, South Carolina in February which was hosted by Michelle Malkin and featured speakers like Senators Ted Cruz and Mike Lee, Dr. Ben Carson, Sean Hannity and Mark Levin.  It is always encouraging being able to gather with so many conservatives in one place, whether seeing familiar faces, making new friends and just networking in general.  Events like this give you a shot of motivation to press on afterwards. It was great to meet conservatives whose work I’ve followed for years like Matt Kibbe, who referred to me as his “co-star” in Atlas Shrugged Part 3 (If you blink you’ll miss me); Rev. C.L. Bryant (everyone should see his film Runaway Slave), and Tom and Deneen Borelli (meeting them turned out to be very helpful later in the year). Ever since hearing about CPAC (Conservative Political Action Conference) I’ve wanted to attend but never made it until this year. My first article for PolitiChicks was all about my experience there and I would recommend checking it out.

Now I know this article is about politics, but give me a second because the pro wrestling fan in me had to mention what a great time I had at WrestleMania in April. It was a delightful couple of days going to different events, meeting some of the wrestlers, and just overall fun time. It was an awesome experience and would love to do it again in the future, and ok I’m done.

For about six months I was seriously looking to become a national delegate and at the Republican Party of Texas State Convention in May, it was time to find out if that would become a reality. (My journey is linked here).  It was an honor to become a national delegate representing Texas Congressional District 24 it was a surreal day and one I’ll never forget but there was some unfinished business because I was still trying to raise funds to make the trip in two months. In the middle of fundraising for the Republican National Convention, another of many firsts this year, I was able to use some the networking from previous events earlier in the year to help my local Tea Party book guests for their monthly meeting. I met Tom and Deneen Borelli of Conservative Review earlier in the year and was able to get them to speak to the Northeast Tarrant Tea Party in June along with Amanda Owens of Future Female Leader who I met at CPAC. Given that this was my first time doing anything like this I was fortunate that everything went smoothly and a few weeks later I reached my fundraising goal for the trip to Cleveland!

Unlike most delegates, I arrived in Cleveland a week before the convention to attend the committee meetings which normally the week before. As a first timer to all of this, I learned very quickly the real business for the convention go on during these meetings. By the time the convention starts everything is already set and what goes on during the convention is mainly ceremonial. That’s not to say that real business can’t be done at the convention which was seen with some tense moments during some of the sessions. But whether it’s a fear of looking disorganized or divided to the media or the mindset just wanting to get to the speeches and have a good time, most at the convention was not in the mood to consider anything off the script. It was that overall attitude that surprised me during the week of the convention. I came to Cleveland in a business frame of mind meanwhile most were in festive frame of mind. Maybe I took everything too seriously but that seriousness within me came from an internal pressure to make sure I put forth the best effort to represent the people who sent me. Whenever someone ask how was the convention the word that usually comes to mind in educational. Those two weeks in Cleveland taught me a lot for better or worse about party politics.

The balloons fell and spirits were high as the Republican National Convention came to a close as everyone began their departure from Cleveland. Personally, a sense of relief and sudden exhaustion kicked in right after the convention and unfortunate event with my truck turned to be a blessing in disguise where I got some much needed rest. After the convention, it was time to focus on my primary career, driving up and down the highways of America then another first opportunity presented itself.

The Texas Tribune holds an annual festival at the University of Texas at Austin, where people from all sides come to discuss current social and political issues.  This was the first event where I received media credentials for coverage for Politichicks. The balance of participants at the event leaned liberal and the attendees were overwhelmingly liberal as I described in an interview for Texas Tribune as one new experience ends another arose. The Heritage Foundation, through its sister organization Heritage Action for America, invited me to Washington DC along with other activists (or Sentinels) as part of Heritage Action’s Sentinel program for some training and to possibly meet our representatives. After meeting my congressman, I took the opportunity to take a walk around the Capitol, went on a guided tour as well as exploring on my own. As I’ve stated before, it is refreshing to be around other conservatives in general but combine that with being a part of a great organization like Heritage Action where you’re equipped with information to engage your representatives as well as your community and given opportunities like this makes it even better. 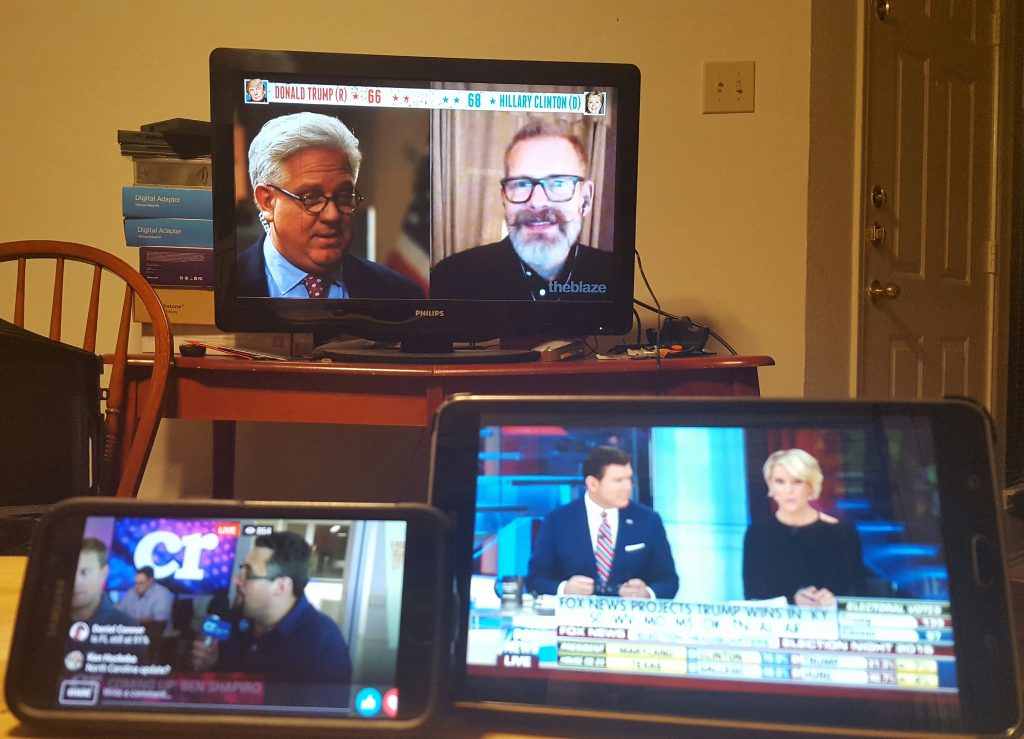 November 8th, 2016 is going to be one of those ineradicable days for many no matter where you side on the political aisle. Watching the results come in from various media sources as well as various devices, I can sum up the the feeling in two words: shock and schadenfreude.The pleasant surprise the Hillary Clinton will not become the next President of the United States also witnessing a liberal meltdown on the social media as well as on most media outlets was quite humorous. The election of Donald Trump made the mood in San Antonio for the Heritage Action’s Sentinel Summit much more hopeful than the sad prospect of the alternative most thought was going to be the reality. Instead of discussing about how to endure with another democrat administration, we talked about what can be accomplished with now that the odds are more favorable to be heard with the upcoming administration. Being among fellow conservatives again close to the end of the year was a fitting end to what was a great year filled with plenty of experiences that will last a lifetime.

So many are glad that the previous year has ended but personally I hope 2017 will be as good or better than 2016! Happy New Year!

Daniel Greenfield: The Power of Weakness