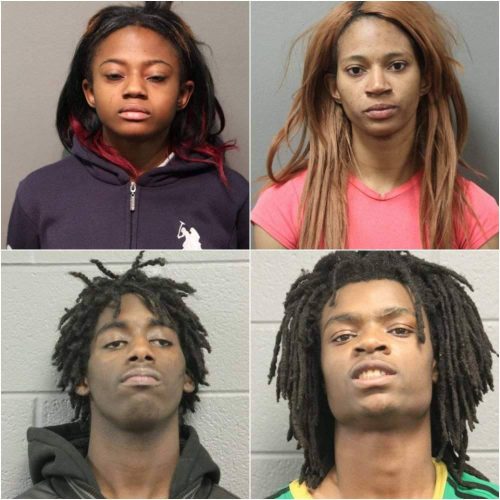 A judge denied bail Friday for the four suspects accused of beating a mentally disabled man and streaming it live on Facebook.

The four appeared before Cook County Associate Judge Maria Kuriakos Ciesil who asked them, “Where was your sense of decency?”

As seen in the horrifying video that appeared online this week, a young, mentally disabled white man was beaten, threatened with a knife and taunted with profanities directed at white people and President-elect Donald Trump. The suspects, who are black, face charges including hate crimes and aggravated battery.

Cook County Circuit Judge Maria Kuriakos Ciesil said to the four suspects, “I find each of you a danger to yourself and society.”

Chicago police were made aware of the video Tuesday afternoon. The footage shows the suspects kicking, hitting and cutting the hair of the victim while he was gagged. Shouts of “Fuck Trump!” and “Fuck white people!” can be heard in the background. At one point, the victim is held at knife point and told to curse President-elect Donald Trump. The group also forces the victim to drink water from a toilet.

The victim was held hostage for at least 24 hours and as long as 48 hours. Police say the kidnapping took place in an apartment in the 3400 block of West Lexington on the West Side.