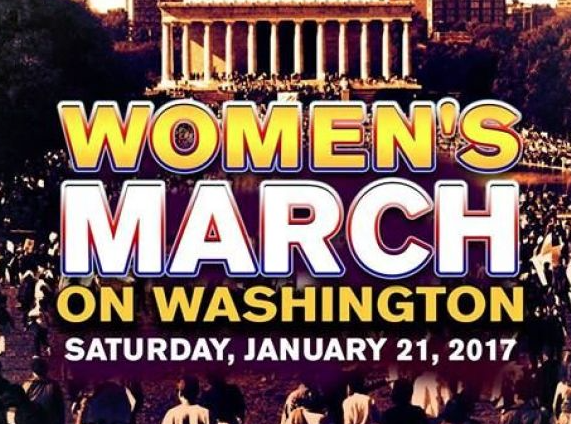 Liberalism is screaming in the coffin.  Liberal Bra Burners still haven’t come to grips with the presidential election.  So they’re staging (yet another) protest.   It’s called the Women’s March on Washington.

Hillary’s Harpies won’t be there to actually protest Trump.  They didn’t get organized in time to effect a real protest on Inauguration Day.   Designed to grab headlines and get retweets before it ever gets off the ground, the Women’s March is a publicity stunt one day after the Inauguration.  Instead, the Left will stage Hillary’s Protest Inauguration for its fawning media.

Although “more than 100,000 people have registered their plans to attend the Women’s March” there’s been in-fighting over “inclusiveness” and with two weeks to go, “organizers are still scrambling to pull together the rest of the necessary permits and raise the $1 million to $2 million necessary to pull off a march triggered by [a liberal’s] Facebook venting.”

The march has become a catch-all for a host of liberal causes, from immigrant rights to police killings of African-Americans.  But at its heart is the demand for equal rights for women after an election that saw the defeat of Democrat Hillary Clinton, the first female presidential nominee of a major party.

Equal rights for women???  That old rant?? Because it is so not fair that Hillary didn’t win.  It is more liberal activism relying on media to send the same old tired message that Americans rejected on November 8th.

Just like Hillary’s presidential campaign, the Women’s March is too little, too late and waaaaay too liberal.