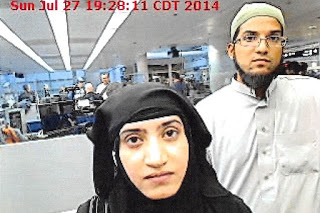 In many cases, they are already citizens. Some were even born in their target country.

Classic counterterrorism is directed at organizations. It’s inadequate for stopping individual Muslim terrorists like Omar Mateen who was able to murder 49 people at a nightclub in Orlando or closely related duos like the Tsarnaev brothers in Boston or the husband and wife team who carried out the San Bernardino terrorist attack which took the lives of 14 people.

Even the standard technique of planting informants into mosques, deeply opposed by the Islamic lobby in the United States, fails when individuals decide to act alone or only trust their wives or brothers to be in on the plot with them. If an individual Islamic terrorist fails to let his plans slip, either online or to an FBI informant, stopping him can be extremely difficult if not entirely impossible without a stroke of luck.

Every absurd Islamic terror plot broken up by law enforcement, the type of thing dismissed by the media and ridiculed by commentators, launching rockets at planes, underwear bombs and blowing up trains, contained the seed of a horrific terrorist attack just like Orlando, Boston or Nice.

When you turn on the evening news and see a running death toll, it’s because one of those absurd and ridiculous terror plots actually succeeded. And it’s happening more and more often.

The reason is simple. Unlike classic Islamic terrorism which required organization and infrastructure, the new brand of Islamic terror only needs one thing… Muslims.

There is no way that the FBI or other law enforcement agencies could begin to monitor even a fraction of the Islamic settler population sympathetic to terror. The FBI alone has almost 1,000 active ISIS cases it was investigating last year in all 50 states. It does not have nearly the resources it needs to handle them.

Any technological or logistical solutions to this crisis on the law enforcement end will only be band aids.

The source of the problem is Islamic immigration. That is the only possible solution. The only way to reduce the growth of the lone wolf Islamic terrorism problem is to reduce or end Muslim migration. 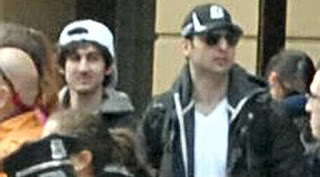 If this is how bad it is when Muslims are only 1% of the population, what happens when the Muslim settler population doubles and then doubles again? Accompanying these rising population numbers will be rising influence by the Islamic lobby. Islamic groups such as CAIR with a history of terror ties and opposition to counterterrorism will have even more power to stymie law enforcement investigations. The end result will be far more successful Muslim terrorist massacres taking place on a constant basis.

Muslim immigrants are already inherently privileged when it comes to their ability to enter this country ahead of far more peaceful and far more deserving groups. For example, the vast majority of Syrian refugees admitted to this country are the Muslims who perpetrated and are perpetuating their religious war in the region rather than their Christian and Yazidi victims who face slavery and genocide at their hands.

This Islamic immigration privilege must be withdrawn. Muslim immigration must at the very least be scaled back to a level that law enforcement can cope with. At best it must end entirely until the Muslim world manages to stabilize its way of life to the extent that it can peacefully co-exist with non-Muslims.

There will be endless arguments over what percentage of Muslims support terrorism, but our own experience of recent attacks shows that many of them came from attackers who overtly appeared to be “moderate” and “ordinary”. For every Islamist activist dressed in Salafist fashion and tweeting praise of ISIS, there is at least one, if not many more, whom you would pass on the street without a second look.

Before the Boston Marathon bombing, the Tsarnaevs did not seem like Jihadists. They would have been classed with the general category of “moderate” Muslims. And then they struck.

That is how it is.

The internet has decentralized terrorist training camps. Any Muslim can acquire the skills and equipment he needs to kill a few or a dozen or even a hundred if he chooses to follow his religion. 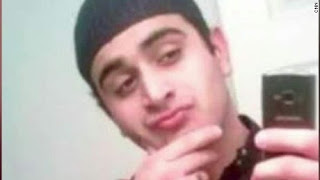 Not every Muslim will shoot up a nightclub or bomb a marathon, but we have no foolproof way of telling them apart. And even many Muslims who would not shoot up an office party in San Bernardino will still sympathize with the perpetrators. And even those Muslims who don’t will often continue supporting the Muslim lobby of organizations like CAIR that stymie law enforcement investigations of Islamic terrorism.

Once we understand this inconvenient truth, then everything else naturally flows from it. The type of terrorism that we are dealing now won’t be beaten by breaking up organizations or droning terrorist leaders in training camps in Yemen or Pakistan. The enemy is right here. He speaks our language. He walks down our streets. He looks at us with hate in his Halal heart and he plots to kill us.

He may pledge allegiance to ISIS or Al Qaeda, but he is part of the larger organization of Islam. It is this organization, more than any of its Jihadist factional subdivisions, that represents the true threat.

Lone wolf terrorism is a viral threat that is spread by Islamic migration. We can only end it by closing the door. As long as the door to the Muslim migrant stays open, we will live under the threat that our neighbor or co-worker will be the one to kill us tomorrow or the day after that.

Steve Bannon in 2012: "We Moved Political Parties Out of the Way and People Took Control of Their Own Destinies"