“Is the two-state solution dead?” 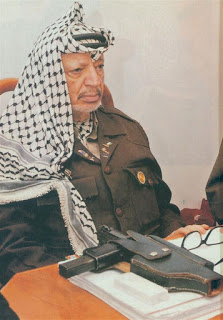 The two-state solution, a perverse euphemism for carving an Islamic terror state out of the land of Israel and the living flesh of her people, is in trouble. The solution, which has solved nothing except the shortage of graves in Israel and Muslim terrorists in the Middle East, is the object of grave concern by the professionally concerned from Foggy Bottom to Fifth Avenue.

Obama set up his betrayal of Israel at the UN to “save” the two-state solution from Trump. The media warns that David Friedman, Trump’s pick for ambassador, is so pro-Israel that he’ll kill the “solution.”

But you can’t kill something that was never alive.

The two-state solution is a zombie. It can’t be dead because it never lived. It was a rotting shambling corpse of a diplomatic process. If you stood downwind of the proceedings, it looked alive.

Up close there was only blood and death.

Like the Holy Roman Empire, the two-state solution didn’t solve anything and it wasn’t in the business of creating two states. Not unless you count a Hamas state in Gaza and a Fatah state in the West Bank.

What problem was the two-state solution solving?

It wasn’t the problem of terrorism. Turning over land, weapons and power to a bunch of terrorists made for more terrorism. It’s no coincidence that Islamic terrorism worldwide shot up around the same time.

The consequences of giving terrorists their own country to play with were as predictable as taking a power drill to the bottom of a boat or running a toaster in a bubble bath. The least likely outcome of handing guns to homicidal sociopaths was peace. The most likely was murder. And that was as intended.

The problem that the two-state solution was solving was the existence of Israel; the Jewish Problem.

Spray the two-state solution over an irritating country full of Jews who managed to survive multiple Muslim genocides. Apply and wait for as long as it takes until the Jewish Problem is solved again.

The two-state solution didn’t end the violence. It turned it up to eleven. It didn’t even create a Palestinian state. But it did a moderately decent job of solving the Jewish Problem by killing Jews.

It killed thousands of them. It filled cemeteries, ethnically cleansed towns and villages, and brought war to Jerusalem and Tel Aviv for the first time in a generation. It turned terror from an aberration into a routine. It made death into a way of life for the Muslim population controlled by the terrorists and the Jewish population targeted by them. It endangered the existence of Israel for the first time since 1973.

The two-state solution isn’t dead. It is death.

The “solution” has turned children into orphans and left parents weeping at the graves of their daughters. It has sown hilltops with dragon’s teeth of rockets and sent cities fleeing to bomb shelters. It has ushered in an endless age of wars against terrorists who can’t be utterly defeated because that would destroy the two-state solution.

And it can’t get any better. Only worse. 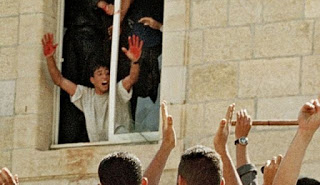 In the nineties, the two-state solution looked like a living thing. There were negotiations and big plans. There were ceremonies and Nobel prizes being handed out like party favors. There were equally big bombings and mangled body parts smeared along sidewalks and storefronts. But it was easier to listen to another round of peace songs and pay no attention to the ghastly carnage.

But by the oughts, the Muslim settler population in ’67 Israel, for whose benefit the two-state solution had been crafted, made the same “democratic” decision that the Egyptians and other Arab Spring countries would later make. They chose the Muslim Brotherhood and the Islamic law that demands that non-Muslims must surrender and be ruled by Muslims as before. Or be massacred and subjugated.

And then the zombie solution began to rot from the head.

The two-state solution was kept alive by pretending that Hamas had never won. An illegal takeover by Fatah, the “good” Islamic terrorists who were willing to pretend to negotiate in exchange for enough foreign aid from the United States, led to two Islamic terror states, one in Gaza and one in the West Bank. These states occasionally tried to form a united government, but couldn’t even get along with each other. Never mind getting along with Israel.

The two-state solution had become a ghoulish joke.

Some two-state solutionists urged embracing Hamas. A crazed collection of leftist activist “Rabbis” even signed a petition calling for outreach to the Muslim Brotherhood terror state despite a charter which called for exterminating all the Jews. Kerry aided a Code Pink mission to Hamas.

Most two-state solutionists decided to pretend that nothing had gone wrong. The zombie solution was in the best of health. Pay no attention to the stench of decay and the way it keeps trying to eat you.

But then the “good” terror state stopped even pretending to negotiate.

Since the terrorists wouldn’t negotiate, Obama and Kerry just propped up the corpse of the two-state solution on their shoulders, Weekend at Bernie’s style, and tried to pretend it was still alive by negotiating with Israel on behalf of the terrorists without telling either Israel or the terrorists.

But the “good” terrorists rejected the unsolicited deal that Obama and Kerry got for them.

Obama and Kerry solved that problem the way that the solutionists had been solving it for decades. They blamed Israel. The insane logic of the two-state solution demanded it. 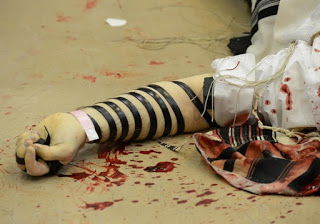 And you can’t get from one stage to the next without blaming Israel when the previous stage fails. As it was always intended to. Each planned failure advances a more extreme incarnation of the “solution”.

All the way up to the final solution.

In its terminal stage, the solution zombie will kill Israel and then die. Unless we kill it first.

Lies die when we see them for what they are.

Like the old Monty Python bit, the two-state solution is a dead parrot. The shopkeepers of the press who keep trying to sell us its stiff unmoving body insist that the peace process is just pining for the Norwegian fjords of the Oslo peace accords. Feed it some more of Israel and it’ll fly back to life.

It’s never worked before, but there’s always an Nth time.

Lies are zombies. They are mimicries of the truth that feed off what we wish to be true.

The two-state solution is a parasite that thrives by feeding off our hopes and fears, our optimism on the one hand and our inability to imagine an alternative on the other. When we see the lie for what it is, when we turn our hopes and fears to sustaining what we truly care about, then it will fall.

The two-state solution however never existed. There will only be one state in Israel. The question is whether it will be a Jewish State or an Islamic terror state.

Israeli Says: "Stop Telling Us to Make Peace With People Who Want to Harm Us"