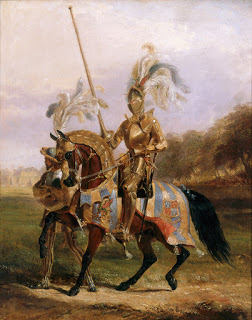 The fake news that BuzzFeed faked was about the threat of Fake News. The numbers were wrong. But that didn’t stop BuzzFeed from warning that what it called Fake News was beating real news. And that’s probably true. BuzzFeed’s discredited Trump dossier story outperformed the NBC story discrediting it.

The Fake News meme was already fading even before BuzzFeed dragged CNN down with it. The Washington Post’s media columnist, Margaret Sullivan, had claimed that the term was “tainted” and needed to be retired; much like her paper. Sullivan warned that non-liberals were using it to attack the media. There was a complaint from the New York Times that conservatives had “appropriated” the term. Meanwhile Sullivan had cited claims about Fake News from BuzzFeed arguing that “something has to happen”. On the panel with Sullivan was the CEO of The Onion: a real fake news organization.

After BuzzFeed’s big fail, the exodus from the USS Fake News is happening faster than rats diving into the icy waters around the Titanic. Seth Meyers, one of those fake news talk show hosts, like Jon Stewart, Stephen Colbert or John Oliver, whom lefties prefer to get their real news from, dubbed it “busted”.

“Today, Trump called these new reports ‘fake news,’ so despite an incredibly short run, I think it is time to retire that term,” Meyers whined. Trump and conservatives had rudely moved into a gated media community and, as with the arrival of the first black family on the block, it was time to move on.

There are complaints that conservatives are using “Fake News” incorrectly as if it’s some sort of technical term that requires years of study to properly deploy at a graduate seminar. Sullivan claimed that, “Fake news is a very narrow thing.”

How narrow? So narrow that it can’t possibly be applied to the media. Only people the media hates.

The Post’s Callum Borchers claimed that Brian Williams’ lies and Dan Rather’s Microsoft Word letter from the seventies weren’t really Fake News. In an attack on Fake News, Post columnist Petula Dvorak injected her own fake news by blaming Sarah Palin for the Giffords shooting. But that’s not Fake News because the media says so. Now stop calling it that or the media will take its smear and go home.

The retirement of Fake News will be a mostly painless process because the media got what it wanted. Social media sites have put the media in charge of censoring its users. Twitter, which already had the same politically correct lunatics screaming hysterically about oppression on college campuses in charge of deciding who gets to tweet, was an easy win. Facebook kicked and struggled, but then gave in.

The experts in charge of deciding what links you can and can’t share on Facebook include the good people at Snopes, who are accusing each other of embezzlement, and the Poynter Institute, whose fact checker, Craig Silverman, was hired by BuzzFeed as its media editor where he aggressively pushed claims about Fake News on BuzzFeed while cheerleading fact checkers censoring Facebook.

The media leveraged the “Fake News” witch hunt to get its internet censorship. Now that it has it, the term is a pesky inconvenience that anyone, even Trump, can culturally appropriate.

And so the media will strive to kill it with as much enthusiasm as it once propagated it.

BuzzFeed, which also served its purpose, is being written off. The vapid listicle site was thrown under the bus by CNN and scolded by the Poynter Institute. NBC’s Chuck Todd accused BuzzFeed editor-in-chief Ben Smith of publishing “fake news” by running the fake Trump dossier. The fake outrage is old. 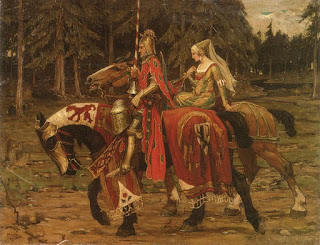 After President-elect Trump called BuzzFeed a “failing pile of garbage”, it began selling bumper stickers that said, “I proudly get my news from a failing pile of garbage.” CNN, among other media organizations, can proudly buy them and stick them on the backs of their news vans and Tesla convertibles.

The media isn’t in the news business any more than your Aunt Sally is.

BuzzFeed is the future of the media and the media is just a less successful BuzzFeed. In the age of the internet, news is an expensive and unrewarding enterprise. What the media actually does is repackage viral content under its own brand. This content can consists of anything from pets doing cute things to angry social justice crybullies denouncing transphobia. The media’s mission is to pass along this content while limiting its exposure. That’s what happened with the fake Trump dossier.

BuzzFeed took a bunch of garbage that was floating around and published it. Its claim that it practiced “ferocious reporting” is a joke. CNN did the same thing but was more careful about it.

The Fake News crusade was about locking down the viral business model by keeping conservative competitors locked out. Keeping it going any longer is dangerous. And not just because of Trump. Media Matters wants to keep the term alive and deploy it against the rest of the media. Its guide to the “Fake News Universe”, a dimension inhabited by David Brock and the remains of Hillary’s fanbase, includes not only the usual galaxy of conspiracy, clickbait, satire and hyperpartisan sites that were on the media’s hit list. The Universe also features “Mistakes In Reporting” by a “legitimate news outlet”.

This is exactly the kind of Fake News civil war that the media was carefully trying to avoid.

Brock once charged that the New York Times had earned a “special place in hell” by becoming a “megaphone for conservative propaganda”. In other words, it had become a distributor of Fake News.

Like most left-wing revolutions, the Fake News crusade can easily end up devouring its own parents.

And so Fake News has gone from an urgent crisis to the backburner. Last month, Hillary Clinton had warned that “lives are at risk” in the battle against Fake News. Now the term has become “useless”.

But the ideas behind it aren’t going anywhere. Fake News was a shorthand term for delegitimizing and censoring non-media sources. The censorship is on its way to becoming a reality. And another term will take its place. The media does not care what is real or fake. It exercises power to impose its narrative.

But the Fake News meme left the media’s self-interest more exposed than its usual narratives. It highlighted its weakness for telling any lie that suited its political agenda. 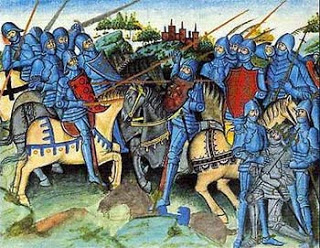 Fake News made it too easy to shout that the media empire isn’t wearing any factual pants. It has as little to do with the business of facts as your local bakery. It isn’t in the business of news, real or fake, but of narratives. It tells stories. Many of these stories are false. But the falseness or truth of a media item is only secondary to its two big purposes: convincing you to believe something and making money.

The news media is just another arm of a politicized entertainment industry.

That’s why Candice Bergen, who played a fictional news anchor on the CBS sitcom Murphy Brown, was offered a spot at CBS’s news division on 60 Minutes. It’s why so many progressives got their news from the Daily Show or why Brian Williams appeared so often on 30 Rock.

And it’s why BuzzFeed is a member of the media.

Dr. Mordechai Nisan Discusses His Book, "Only Israel West of the River"