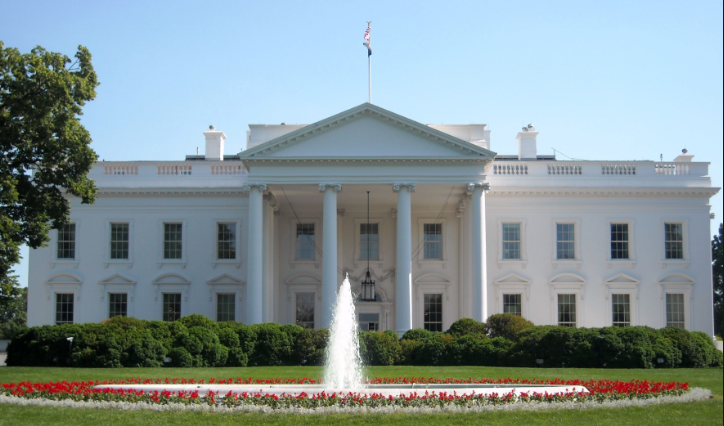 In the first days of 2017, Washington D.C. was empty. It was a city holding its breath. Secret Service police officers in balaclavas waited at the White House as a black SUV carrying departing staffers passed. It had not been so long ago that they came into the city as if they owned it and the entire country. Now the same men and women who ran and ruined the lives of millions were scrolling through job postings on their smartphones. They watched Obama speak from faded screens at sports bars and they cried.

They knew it was coming. Day 1.

The parties and the protests are underway. Hundreds of thousands of Americans and anti-Americans have converged on the city: Tea Party housewives from Milwaukee suburbs and snarling Marxists from the ANSWER coalition, small businessmen from Houston and Berkeley J20ers outshouting the schizophrenic homeless panhandlers at Union Station.

While Trump and Pence are at St. John’s Episcopal Church, Black Lives Matter will be howling abuse at D.C.’s black police officers at Metropolitan Police Headquarters. As Trump takes his oath of office, the Future is Feminist Counterinaugural Action will try to disrupt the event with their “bodies.” As Trump speaks to unify America, leftist protesters plan to smoke pot on the National Mall.

They can’t stop what’s coming. And they know it. The crying Obama staffers loading boxes into their cars and the Marxists biting their lips as they color in their signs on the steps of the Jefferson Memorial feel it. The pundits of the Post, the non-profit parasites and the entire cocktail party circuit can sense it.

Berlin, November, 1989. Moscow, August, 1991. Washington D.C., January, 2017. That’s the closest you can come to describing it. It’s the fall of an evil empire. There are breaths of fresh air as the cleansing rain washes away eight years of oppression, lies and corruption into the sewers of the city.

Trump has executive orders ready to go. While the ceremonies run their course, real change is already underway. The parade that matters is the slow march of Obama’s minions leaving and Trump’s people coming in. The transition began as a trickle, a few here and there, but is swiftly becoming a takeover.

The “landing team members” have moved in. And Obama’s people are moving out to be replaced by “beachhead teams”. What started with dozens and then hundreds will become thousands. These clashing armies wear uniforms of black suits and skirts. They wield smartphones and task lists. And they run the country.

That’s what the “peaceful transition of power” touted by Obama really means. A force of men and women the size of a small army will depart and another will arrive and take their place. They will do it without a shot being fired. The transition will not be entirely peaceful. The mobs of protesters will see to that. And the boycott of the inauguration by House Democrats is a rejection of that transition of power.

The roadblocks, barricades and fences are there to block the radical left’s plots to physically shut down the inauguration. Meanwhile their political allies in Congress are building roadblocks and barricades to jam up Trump’s nominees in endless committee sessions and hearings.

They can’t stop Day 1. But they are doing everything that they possibly can to slow it down.

Their battle plan is to confirm as few of Trump’s people as possible. The longer it takes to get new leaders into place, the longer it will take those leaders to bring in new people to make reforms. The endless hearings aren’t just political theater. They are an organized effort by the left to retain control of the government for as long as possible while tangling Trump’s agenda in red tape right from the start.

The protesters and the politicians have the same agenda. They want to stop reform from Day 1.

Walk past the White House, a modest building, serene and gracious with all the attention of the world on it, over to the monstrosity that Mark Twain once dubbed “the ugliest building in America.”

The Eisenhower Executive Office Building, that pile of Second Empire mansard roofs and porticoes, which looks as if Napoleon III had set up shop in the heart of our national government, is where the patriots struggling to overthrow another progressive unconstitutional emperor will mobilize.

Forget the balls. The truly fancy footwork will happen as Trump’s beachhead teams try to take over parts of the government. And the real protests won’t be the freak shows with giant signs, mock heads, pink costumes and joints. It will be a grim battle fought in the undercity of the bureaucracy.

And it will be an unrelenting battle that will go on for years.

Despite the roadblocks and the sabotage, Day 1 is coming.

Team Trump is ahead of schedule and under budget. A fifth of the funds are even being returned. When all the t-shirts are sold and the flyers are carried away in trash bags, there will be a new government.

And for the first time in eight years, it will be an American government.

That is what Day 1 really means. Not an era, but an error has ended. Day 1 means the restoration of freedom and the end of tyranny. It means security at home and respect abroad. It means change.

Day 1 means many things to many people. Most of all it means that millions have reason to hope.

After midnight, in the last days of the last year, I stood at the Lincoln Memorial. Though millions visit it, the vast space was empty. The first Republican president watched over Washington D.C. in silence.

A large rat scurried down the steps and vanished into the shadows. Mr. Lincoln watched it go. As he now watches Obama depart.

(This article was originally published here at Front Page Magazine.)

The Self-Taught Revolution Against Sharia