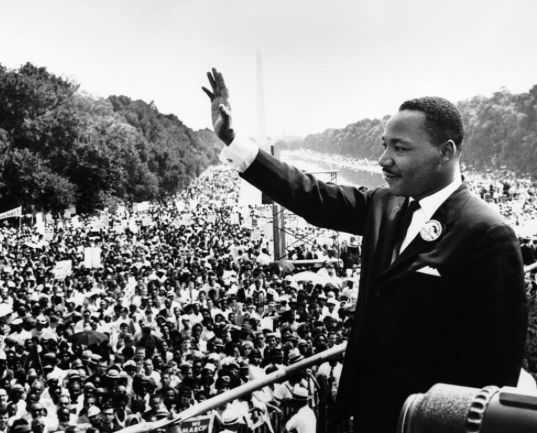 …and for America’s Founding Principle That All Men Are Created Equal.

The Declaration of Independence states:

“We hold these truths to be self-evident, that all men are created equal, that they are endowed by their Creator with certain unalienable Rights, that among these are Life, Liberty and the pursuit of Happiness. — That to secure these rights, Governments are instituted among Men, deriving their just powers from the consent of the governed,…”

The 2nd Amendment provides “the right of the people to keep and bear arms shall not be infringed.”

The 14th Amendment guaranties due process and equal protection. The 14 Amendment was intended to grant equality before the law to the newly freed slaves.

After the withdrawal of Federal troops from the South in 1877, the Democrats took power in the South and systematically violated the 2nd, 14th and 15th Amendments to the Constitution depriving African Americans to keep and bear arms, of due process, equal protection of the law and the right to vote, and not just in the South. Other Americans including the courts failed to uphold the Constitution until beginning in the 1950s.

Dr. King recognized this stating in his famous “I have a dream” speech:

“When the architects of our republic wrote the magnificent words of the Constitution and the Declaration of Independence, they were signing a promissory note to which every American was to fall heir. This note was a promise that all men, yes, black men as well as white men, would be guaranteed the unalienable rights of life, liberty, and the pursuit of happiness.”

The Redlands Tea Party Patriots, as should all Constitutional conservatives, take the opportunity of MLK Day to salute Martin Luther King for his work in upholding and enforcing the Constitution of the United States and upholding America’s founding principle “that all men are created equal, that they are endowed by their Creator with certain unalienable Rights, that among these are Life, Liberty and the pursuit of Happiness.”

The experience of African Americans and the Constitution is an important lesson for all Americans.

Thomas Jefferson said: “In questions of power, then, let no more be heard of confidence in man, but bind him down from mischief by the chains of the Constitution.”

The experience of African Americans shows how true Thomas Jefferson’s statement is and the importance of the Tea Party principle of “constitutionally limited government.” Unless government is firmly bound by the Constitution, no one’s rights and liberties are secure.

“I have a dream that my four little children will one day live in a nation where they will not be judged by the color of their skin, but by the content of their character.”

“We must accept finite disappointment, but never lose infinite hope.”

“Some things are right and some things are wrong, no matter if everybody is doing the contrary. Some things in this universe are absolute. The God of the universe has made it so. And so long as we adopt this relative attitude toward right and wrong, we’re revolting against the very laws of God himself.”