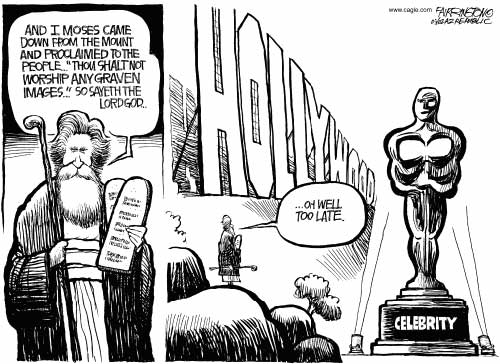 The past couple of months since the election, we’ve seen liberals protest election results, post their displeasure repeatedly on social media, and declare their vow to obstruct the upcoming administration at all times.

Then you have award shows like this weekend’s Golden Globes where the liberal elite made their “brave” and “heroic” speeches about the current political climate. What happened at the Golden Globes is only the beginning of a constant screed against the upcoming administration. It won’t matter whether the criticism is justified or not; these people will come out wailing and lamenting over every move the administration makes.

I’m sure some will say, “Well, what about the way conservatives talked about Obama the past 8 years?”  That’s a fair argument–but here’s the difference.

No administration is above criticism and freedom of speech is not the issue here.  As a liberal, if you want to ignore conservative opinion you can just tune out certain networks and not browse on certain websites and easily isolate yourself in your progressive bubble. On the other hand, it’s not so easy for a conservative to do the same because progressive ideology is so engrained in every part of our lives. Whether in media, business, education, health you name it, it’s there all complaints–whether warranted or not–will be magnified hundredfold.

None of this should come as a surprise to conservatives.  Like him or not, it wouldn’t have mattered whether it was President-elect Donald Trump or Cruz, Rubio, Bush, or even Kasich–liberals would still be throwing a fit because it’s all about their agenda, an agenda they will continue to push every chance they get. Along with many supportive media platforms and a seemingly unlimited amount of airtime, data, and money, prepare for the onslaught 24/7.

So get ready for a lot more “brave” lecturing speeches from celebrities, subtle or direct jabs at the administration on television shows and movies and comedy sketches galore. Then once they’ve made their “edgy” statements, they’ll be praised as a “hero” or a “champion of the people” for simply exercising their right to protest their government. And they won’t be called “racists”, “obstructionists”, or any other -ists that conservatives were called everyday the past 8 years.

But hey, it seems like progressives have dusted off that Constitution they previously loved to denigrate and they’re suddenly protesting government–well….for the time being, of course.

The Islamic Darkness Descends on Europe