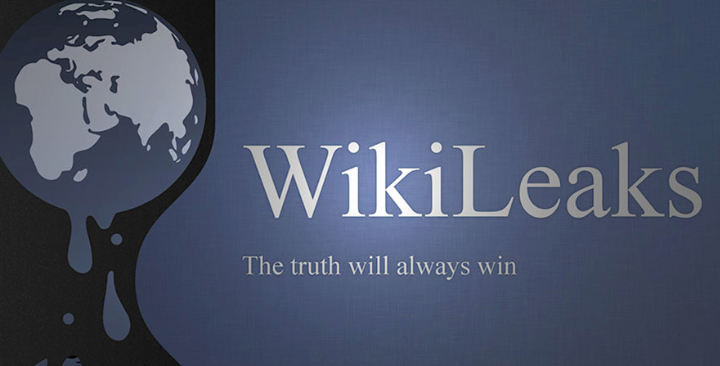 First it was because of all those “racists.” Then it was the Jill Stein recounts. Now Russia is to blame for Hillary Clinton losing the presidential election. It couldn’t be that the Democrats had a really crappy candidate after all.

And while the mainstream media and political hacks are all ‘up in arms’ over Putin interfering with the 2016 election, a Wikileaks operative claims that he personally received Clinton campaign emails in Washington D.C. after they were leaked by ‘disgusted’ whisteblowers – and not hacked by Russia.

“Craig Murray, former British ambassador to Uzbekistan and a close associate of Wikileaks founder Julian Assange, told Dailymail.com that he flew to Washington, D.C. for a clandestine hand-off with one of the email sources in September.

‘Neither of [the leaks] came from the Russians,’ said Murray in an interview with Dailymail.com on Tuesday. ‘The source had legal access to the information. The documents came from inside leaks, not hacks.’

His account contradicts directly the version of how thousands of Democratic emails were published before the election being advanced by U.S. intelligence.

Murray’s claims about the origins of the Clinton campaign emails comes as U.S. intelligence officials are increasingly confident that Russian hackers infiltrated both the Democratic National Committee and the email account of top Clinton aide John Podesta.

In Podesta’s case, his account appeared to have been compromised through a basic ‘phishing’ scheme, the New York Times reported on Wednesday.
U.S. intelligence officials have reportedly told members of Congress during classified briefings that they believe Russians passed the documents on to Wikileaks as part of an influence operation to swing the election in favor of Donald Trump.

But Murray insisted that the DNC and Podesta emails published by Wikileaks did not come from the Russians, and were given to the whistleblowing group by Americans who had authorized access to the information.

‘Neither of [the leaks] came from the Russians,’ Murray said. ‘The source had legal access to the information. The documents came from inside leaks, not hacks.’

He said the leakers were motivated by ‘disgust at the corruption of the Clinton Foundation and the tilting of the primary election playing field against Bernie Sanders.’

Murray said he retrieved the package from a source during a clandestine meeting in a wooded area near American University, in northwest D.C. He said the individual he met with was not the original person who obtained the information, but an intermediary.

Justice Denied in Israel As Families in Amona Forced to Evacuate