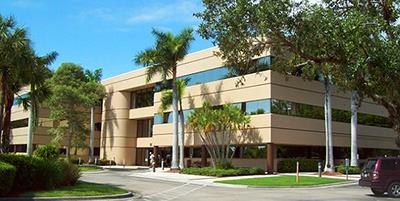 An internal report blames staffers at a Veterans Affairs hospital in Florida for leaving the body of a deceased veteran to decompose in a shower for nine hours and then trying to cover it up.

The 24-page report concluded that hospice staffers at the Bay Pines VA hospital failed to provide appropriate post-mortem care to the veteran’s body.

According to Tampa Bay Times:

“Some hospice staff violated hospital and Veterans Affairs policies by “failing to provide appropriate post-mortem care,” including proper transportation of a body to the morgue, according to the report by the hospital’s Administrative Investigation Board.

Bay Pines ordered retraining and a change in procedures as a result of the incident, and “appropriate personnel action was taken,” said hospital spokesman Jason Dangel.

“We view this finding as unacceptable,” Dangel said.

He declined to elaborate on whether workers were fired or disciplined, citing employee confidentiality rules.

Leaving the body unattended for so long subjected it to an “increased risk of decomposition,” according to the hospital report.

Here’s how the report describes the incident:

Once the veteran died, hospice staff members made direct verbal requests to an individual described as the transporter for the body to be moved to the morgue. The transporter told them to follow proper procedures instead by contacting dispatchers. That request was never made, so those responsible for taking away the body never showed up.

At first, the body was moved to a hallway in the hospice, then to a shower room, where it stayed, unattended, for more than nine hours.

Some hospice staff “demonstrated a lack of concern, attention and respect” for the veteran, the report says.

Once the problem was discovered, efforts to understand how it happened were stalled by failures in oversight and by reports that “falsely documented” the incident, the report says. Staff misrepresented why the problem occurred, attributing it to a communications breakdown that never happened, according to the report.”

• Hospice staff failed to check a 24-hour nursing report that would signal whether the death was properly reported and failed to ask personnel involved about the handoff.

• Questioned later by investigators, some responsible for oversight at the hospice blamed a shortage of clerical staff — a claim they later recanted.

• Staff failed to update a nursing service organizational chart, hampering efforts to determine who was in charge.

• The hospice unit lacks a structured plan for educating personnel on best practices.
The 24-page hospital report, issued in April and heavily redacted, was obtained through a request made under the federal Freedom of Information Act. Investigators interviewed more than 30 witnesses.