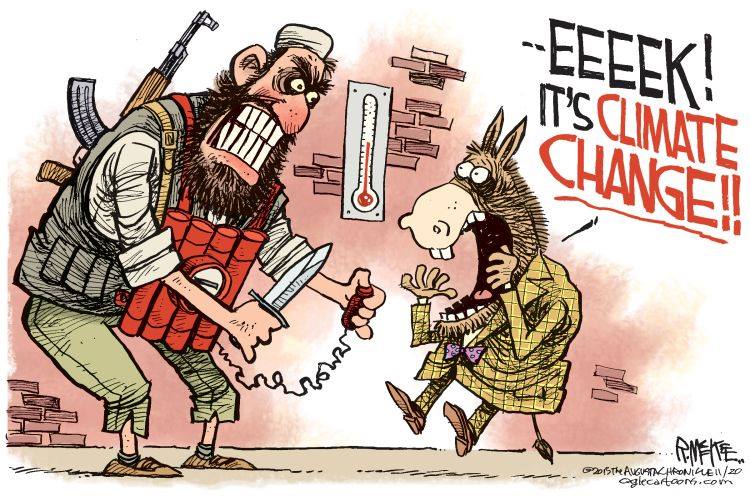 According to the House Homeland Security Committee’s December Terror Threat Snapshot released Tuesday, the United States faces its highest threat from Islamist terrorists since 9/11 and much of that stems from those radicalized at home.

What’s more, the report said, the threat to the United States and Europe will persist in 2017.

“Throughout 2016, ISIS conducted 62 attacks worldwide, injuring 732 people and killing 215 in several countries, including the United States, France, and Belgium.

“Make no mistake: we face a deadlier threat than ever before not only because our enemies have gotten savvier, but because we took the pressure off them,” House Homeland Security Chairman Michael McCaul, R-Texas, said in a statement on the report. “For eight years, the Obama Administration reluctantly played global whack-a-mole with terrorists rather than leaning into the fight with decisive leadership.”

According to the report, ISIS’ shift in messaging from joining the jihad in Syria and Iraq to carrying out attacks in fighters’ home countries is likely to accelerate the trend of at-home radicalization. At the same time, terrorists are also relying on refugee programs, porous borders, and well-known migration routes to gain access to various countries throughout the West.

According to the National Counterterrorism Center (NCTC), individuals with ties to terrorist groups in Syria are attempting to gain entry to the United States through the U.S. refugee program, which has resettled nearly 13,000 Syrian refugees across the nation this year.

The report also said American law enforcement and intelligence officials have repeatedly indicated that the United States lacks reliable and credible intelligence to properly vet and screen potential Syrian refugees, as well as the diligent vetting of all refugee populations.

As an example, the report cited a car and knife attack last week at Ohio State University by an 18-year-old Somali refugee, Abdul Razak Ali Artan, that left him dead and 11 injured.

“The attack last week at Ohio State University is further proof that our homeland remains in the crosshairs of Islamist terrorists,” McCaul said. “Groups like ISIS are radicalizing new operatives from within our borders, and just this week, their new spokesman called for more inspired attacks by supporters ‘all over the world’.””

ISIS has also declared the day Donald Trump is inaugurated as U.S. president ‘Bloody Friday’ as it fears a brutal backlash from the new administration.

And the Islamic terror organization is reported to have recruited a number of new English speaking operatives in recent months in a major bid to communicate messages ahead of the day.

U.S. special forces will be on high alert when Mr. Trump takes over as 45th President of the United States on Friday, January 20, 2017, in Washington, DC.