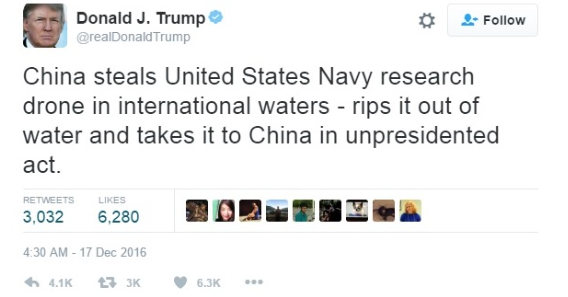 I hope the title of this article grabbed your attention. I deliberately worded it poorly. Why? I wanted to emulate the kinds of headlines I see all the time in mass media. As a father, I am deeply concerned about the poor grammar and spelling accuracy I am constantly seeing in mainstream articles. How are my children going to learn correct grammar when so many of today’s stories are written in a terribly sloppy manner?

I know I’m not alone. I see it all the time and from all kinds of sources. I have to assume someone who writes for a magazine, newspaper, or website must have some credentials to indicate they know how to write. Perhaps they have a degree in English or Journalism. If someone is running an organization that publishes articles, it makes sense to me that you would only hire people who can write well. Call me crazy but I like to see the proper usage of verbs and adjectives. Given the large volume of errors I see in contemporary reporting, I’m not inclined to assign any prestige to most well-known outlets. Don’t expect me to take you seriously if you are either incapable or too lazy to make sure what you publish reflects professionalism.

If you are going to write something, do it properly. Don’t just hastily throw some sloppy mess together and pass it off as a supposedly legitimate article from a supposedly major news source. It is rare that I read an article that doesn’t contain at least one major mistake. Often, it’s multiple mistakes. To make matters worse, I have to believe a lot of these flawed articles were not only written lousily but also passed inspection when submitted to an editor. For the mainstream media to accuse anyone of using poor grammar or misspelling a word is the height of hypocrisy. People who live in glass houses shouldn’t throw stones.

Of course in our insane society, everything and anything goes. President-elect Donald Trump posted a tweet in response to China stealing an unmanned U.S. Naval probe in international waters. Being the loyal and sensible American he is, Trump was outraged over this act and called it ‘unpresidented.’

The media, which blatantly criticizes everything Trump does, predictably pounced all over him for misspelling a word. Never mind that they themselves are always misspelling words, all that matters to them is they caught Trump making an error. The fact China committed a hostile act towards the United States is secondary. The important thing to them is to point out Trump made a mistake. They are acting like an immature bunch of children making fun of even the most insignificant and irrelevant things. I for one am sick of all the whining and moaning over Trump’s ‘surprise’ election. It all amounts to a tantrum being thrown by a bunch of spoiled brats who didn’t get their way.

People need to get a grip. Does the fact Trump misspelled ‘unprecedented’ mean he is a bumbling idiot? Of course not! How do I know this? For starters, the man is a graduate of Wharton Business School, arguably the best program in the country. He is also a best-selling author, not to mention the fact he built a business empire. I wish I were that stupid! Let’s take a look at what Trump did compared to what the media did during the course of the election.

Unless you were a member of Trump’s inner circle of family and friends, you’d almost certainly be lying if you said you thought he would win the Presidency once he announced his candidacy. I certainly didn’t give him any chance. However, I wasn’t as pessimistic as CNN, which gave Trump only a 1% chance of winning the GOP nomination.

The New York Times famously plastered odds on its front page confidently predicting the probability a Clinton victory at over 90%. Up to the day before the election virtually every major poll indicated that a Trump defeat was inevitable. However, Trump prevailed. He obviously knew something that many people failed to grasp. He knew more than CNN and the Times…that’s for sure. Trump made fools out of a lot of people. I bet some of them probably couldn’t define the word ‘unprecedented’ let alone spell it.

My own thinking on Trump changed dramatically from the primaries to Election Day. As the campaigning began, I found myself wishing for another Ronald Reagan to come along. At first I saw Trump as an entertaining distraction. Then I perceived him as a nuisance…someone who would inadvertently insure another Clinton Presidency. Even as he accepted the GOP nomination I was still clueless.

Around mid-August it hit me: Here was a man who had thus far prevailed against all odds and conventional political wisdom. As the media and even members of the GOP railed against Trump..bashing him mercilessly…I started to view him much differently and started to grasp (albeit belatedly) what his supporters knew all along. Instead of another Reagan, we needed someone who is even more unconventional. It was time for someone with a new and fresh approach…someone who wouldn’t be owned by anyone, jaded by prior political experience, or limited by political benefactors.

Perhaps the most amazing thing about Trump’s campaign is that he didn’t win it by spending the most money. The billionaire didn’t buy the election. He won it through the force of his personality. Once I realized that Trump was defiantly fighting against seemingly impossible odds, my thinking finally became: “If this man actually wins the election, it would be a mind-boggling accomplishment of epic proportions. If he pulls it off, I don’t need any further proof he is fit to be President.” I began listening to what Trump was saying and became convinced he was right about a great many things.

Trump is brilliant in my book. In retrospect he was at least ten steps ahead of everyone else. His comprehension of the situation was on an entirely different level. He knew what to do, what to say, and how to inspire. What he did was unprecedented and because of him the Democrats will soon be Un-Presidented.