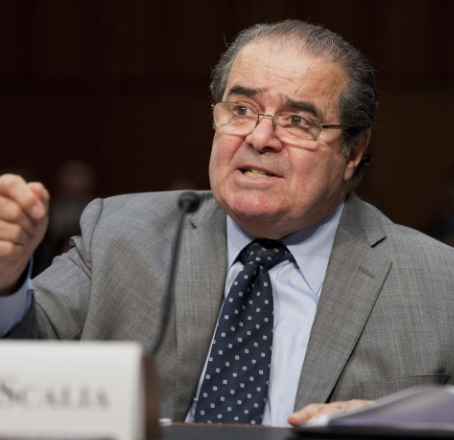 Donald Trump is set to inherit an uncommon number of vacancies in the federal courts in addition to the open Supreme Court seat, giving the president-elect a monumental opportunity to reshape the judiciary after taking office.

The estimated 103 judicial vacancies that President Obama is expected to hand over to Trump in the Jan. 20 transition of power is nearly double the 54 openings Obama found eight years ago following George W. Bush’s presidency.

“Confirmation of Obama’s judicial nominees slowed to a crawl after Republicans took control of the Senate in 2015. Obama White House officials blame Senate Republicans for what they characterize as an unprecedented level of obstruction in blocking the Democratic president’s court picks.

The result is a multitude of openings throughout the federal circuit and district courts that will allow the new Republican president to quickly make a wide array of lifetime appointments.

State gun control laws, abortion restrictions, voter laws, anti-discrimination measures and immigrant issues are all matters that are increasingly heard by federal judges and will be influenced by the new composition of the courts. Trump has vowed to choose ideologues in the mold of the late Supreme Court justice Antonin Scalia, a conservative icon — a prospect that has activists on the right giddy.

“I’m optimistic he’ll come at this right out of the gate,” said Carrie Severino, chief counsel and policy director of the Judicial Crisis Network, a conservative group that has opposed many of Obama’s court choices.

“Every president can expect to make a huge impact,” Severino added. “[Trump] is unique in having campaigned really hard on this issue — the significance of the courts, and of the Supreme Court in particular.”

The Supreme Court vacancy created by Scalia’s death in February was a motivating issue for many conservative voters, especially evangelical Christians, to turn out for Trump. Senate Republicans refused to hold even a hearing on Obama’s nomination of Merrick Garland, the chief judge of the U.S. Court of Appeals for the District of Columbia Circuit, for the Scalia seat.”