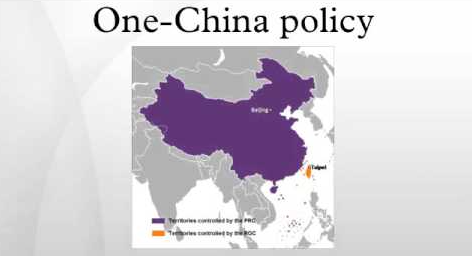 The reason why President-Elect Donald Trump accepted the congratulatory telephone call from Tsai Ing-wen, leader of the Taiwanese DPP (Democratic Progressive Party), was anything but a “sign of ignorance,” as an official Red China newspaper would like to have world public believe. This call was premeditated and well thought-out.

The situation with Taiwan is very much akin to Brexit or Frexit. The nationalist movement in Taiwan (represented by the DPP) has been constantly on the rise. A recent “official” referendum suggests that over 40% of the population wants separation of Taiwan from the Mainland China.

I grew up in a communist country so I understand as well as anyone how the oppressed Taiwanese “tigers” feel in the commie cage. When I was growing up, there was a black market with excellent reliable calculators and digital watches “made in Taiwan.” I still have one – and it still works, 25 years later, even plays six melodies, has two alarms and three stop watches! I have not seen one like it since!

In those days, Taiwan was one of the “Malayan Tigers” – high-tech, industrialized, developed countries of the “third world:” Taiwan, Singapore, South Korea and Hong Kong. There is a so-called “Tiger Club” of “Economies,” which includes all of Indonesia, Malaysia, the Philippines, Thailand, and Vietnam.

I vividly recall Donald Trump’s during his campaign speaking about unnamed foreign airports and facilities… in countries that treat US with the attitude of cunning businessmen in foreign trade. He spoke with a mixture of admiration and disappointment that our public works are in such a state of disrepair by comparison. There is no doubt in my mind that he spoke about places such as Dubai and Singapore, but also Taipei and Beijing.

However, all of these countries are advanced much more economically than politically. Many have been subject to foreign trade wars and territory hungry invaders for centuries. In Taiwan’s case, after the Dutch (16th century), and the Spanish (17th century), and the French (19th century), the island was invaded by the Japanese (1895) and occupied practically until the Treaty of San Francisco in 1952, which awarded compensations to World War II victims of Japan and declared Taiwan “free.”

Nonetheless, US and UK had opposing view on Chinese vs. Taiwanese recognition and thus the Treaty did not specify whether Taiwan was “free” but part of China – or independent. This lack of due diligence resulted in Chinese Civil War between Taiwan’s (ROC, Republic of China/Taiwan) government and PRC’s (People’s Republic of China) communist government.  The Communists (under Mao Zedong) pushed the Taiwanese Nationalists (“Kuomintang” or KMT) under Chiang Kai-shek off the mainland. Chian evacuated to Taipei and established a “war time capital” of ROC/Taiwan – always with an eye not only to obtaining not only Taiwan’s independence but also its rule over China (which is perhaps the major thorn in the Chinese side regarding Donald Trump’s alleged transgression of the standing protocol).

Meanwhile, communists captured Tibet and all islands they could (Hainan Island), severely reducing Taiwan’s territory (Taiwan, Kinmen, Matsu, Dongsha, Nansha islands). This led to a long period of “McCarthyism” in Taiwan called the “White Terror,” during which there was martial law and all communists or their sympathizers were persecuted.

Sino-American Mutual Defense Treaty terminated in the early 1970s & USA recognized PRC (People’s Republic of China) and their government in 1979, which is the beginning of the so-called “One China Policy,” a policy of “tolerance” toward Taiwan but deference to the Red China.

Clearly, Donald Trump’s sympathies lie with DPP and liberal Taiwan, an oppressed country craving for independence. This has been foreseeable, to say the least. His campaign focused on Chinese exploitation of our industry, “stealing our jobs,” dumping iron on US, their incredible navy with submarine bunkers and artificial islands and many more aspects of the “stupid trade deals” our leaders have been making – both politically and economically. We must also not forget that China is a communist country whose survival depends on our benevolence, because communism cannot be sustained on its own – it is always self-destructive, not to mention destructive of the ideals it professes to be its goals.

Taiwan has taken strides toward democracy. At first, Chian’s son promoted the “Pan-China” view – that they are all Chinese and should live together. Growing liberalization allowed for rise of other political parties. The “Pan-Green Coalition” is led by the Democratic Progressive Party, which, in 2007, asserted Taiwanese independence, but has been in opposition since – the Big Chinese Brother is relentless.

Finally, political correctness has been taking root in Taiwan: anyone who asserts independence as opposed to unification with China in Taiwan (or in China) is called a “racist.” We have been there before, and we know what follows: the argument which ends all arguments: Texit.

No one with elementary knowledge of Sino-American and Sino-Taiwanese history and foreign affairs can call Donald Trump’s renewed interest in Taiwan’s independence “childish” or “ignorant” – unless, of course, they want to conceal their own ignorance or indoctrination, be they a product of simple fear or secret sympathies with communism.