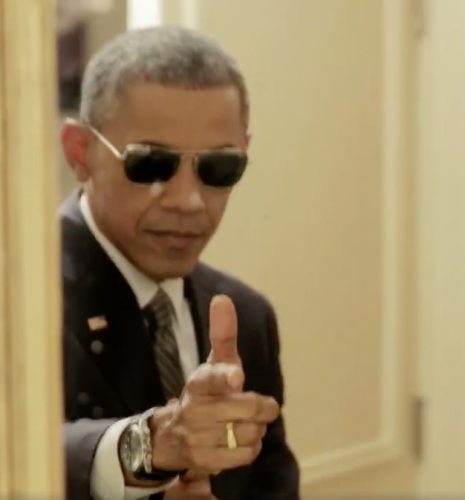 When it comes to executive actions, President Obama warns President-elect Donald Trump: “Do as I say, not as I do.”

In an interview with NPR on Monday, President Obama urged Donald Trump to avoid relying on executive orders. The next day, he did the opposite, unilaterally closing millions of acres of the Atlantic and Arctic oceans to oil exploration. This is just the latest example of the Leftist hypocrisy.

As the Washington Examiner explains:

“The drilling ban at once solidifies Obama’s legacy as an environmentalist as well as an imaginative and overreaching executive. To establish the ban, the White House dusted off an obscure section of the Outer Continental Shelfs Act, legislation signed by President Dwight Eisenhower back in 1953. And now, according to the administration, most U.S. Artic waters are off limits “indefinitely.”

The Obama administration insists that, unlike an executive order, this ban can’t be immediately reversed. “There is no authority for subsequent presidents to un-withdraw,” a White House aide told The Washington Post. Though oil companies insist the move can be reversed, it’s likely to tie Trump in knots and lead to a legal challenge.

The feat was achieved by dramatically reimagining the 1950’s era legislation. When President Truman issued the original executive order (which Congress later codified and Eisenhower signed” it was designed as solution to the “long ranging world-wide need for new sources of petroleum.” What was meant to facilitate exploration, the Obama administration has repurposed to curb exploration.

More than hypocritical, it’s dangerous. The move furthers Obama’s dangerous precedent of legal deconstructionism. This isn’t the first time Obama has reoriented existing law toward new initiatives. He cannibalized an obscure provision in the 1970 Clean Air Act to force new regulation on the states. The meaning of a law doesn’t matter, when it can simply be reimagined.”

Obama continues to enjoy circumventing Congress while he is still in office, but he should probably try practicing what he preaches. After all, his lack of restraint is very likely to come back to haunt him in the very near future. In fact, most of his legacy is going to disappear beginning on January 20th, 2017.

As Newt Gingrich explained to Fox News on Wednesday, “Obama is a man who realizes all of a sudden that 90% of his legacy is going to disappear because he didn’t do the hard work of passing legislation, he didn’t reach out to work with the other side.”

Gingrich also said, “Starting opening day, when Trump begins repealing those executive orders, the Obama legacy is going to be like one of those balloons that deflates– and it’s going to be down to a core of only 10 or 15% of what he originally did. The rest is all going to disappear.”

Miracles Surrounding the Birth of Jesus