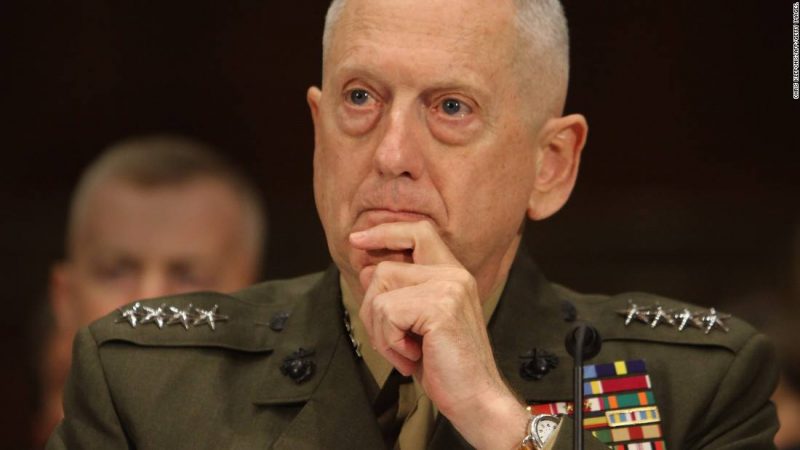 Retired Gen. James Mattis “surprised” President-elect Donald Trump by suggesting that he rethink his position on waterboarding, telling him that “beer and cigarettes” were a better alternative in terror suspect interrogations.

“Trump said that the advice from Mattis, a front-runner for the defense secretary post in a Trump administration, would weigh heavily on whether he will go forward with campaign pledges to bring back waterboarding and torture in interrogations by the military and the CIA.

In his meeting last week with the man he calls “Mad Dog Mattis,” Trump said he asked, “What do you think of waterboarding? He said — I was surprised — he said, ‘I’ve never found it to be useful.’ ”

Trump said Mattis told him, ” ‘I’ve always found, give me a pack of cigarettes and a couple of beers and I do better with that than I do with torture.’ ”

Trump said he was not entirely convinced. “I’m not saying it changed my mind. Look, we have people that are chopping off heads and drowning people in steel cages, and we’re not allowed to waterboard. But I’ll tell you what, I was impressed by that answer” from Mattis.

Trump called Mattis “a very respected guy. In fact, I met with a number of other generals. They say he’s the finest there is. He is being seriously, seriously considered for secretary of defense.””

To read more, go to Military.com