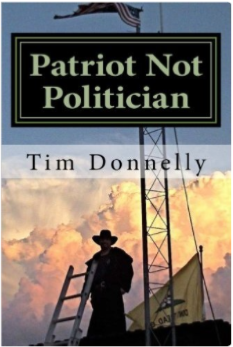 BRAND NEW for December 2016 is former California Assemblyman (and gubernatorial candidate) Tim Donnelly’s first book, Patriot Not Politician:  Win or Go Homeless.  I helped edit an early version of Donnelly’s book and wow, what a story he has lived.  Coming from a family so large it makes the Brady Bunch look small, Donnelly’s career as a California “patriot not politician” was the epitome of David vs. Goliath.  When you read Patriot Not Politician, you will understand why so many hundreds of thousands of Californians voted him into office, as well as why so many Establishment Politicians fought to keep him OUT.

Oh–and the story of Tim being trapped inside a box as a child is so compelling that while reading it you will wonder how he ever survived.

Order Patriot Not Politician:  Win or Go Homeless HERE (or to get an autographed copy, send a Facebook message to Tim Donnelly HERE.) 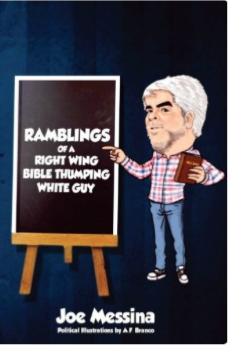 Also brand-spankin’ new is our friend Joe Messina’s first book, Ramblings of a Right Wing, Bible Thumping White Guy.  Again I was able to read an advanced copy and it Ramblings is basically a fun, fast-paced book version of Joe’s radio show The Real Side.

Whether you’re a conservative parent wanting to instill those values into your children, a Christian wanting to preserve your 1st Amendment rights to worship freely, or a hater of this politically correct, walk-on-eggshells society that we’ve somehow become, this book is for you. This is what conversation was like when people used to sit on the front porch swing and “visit” for a while. In my big Italian family, that conversation happened around the kitchen table, pointing out the craziness going on around the world and even in our own little town world. It was common sense passed from one generation to the next. “Ramblings” takes an honest look at the issues of our day and calls them what they are, mixing in a little sarcasm (and sometimes a lot!) along the way. It’s a light, easy read with relevant recent events. If you’re looking for political correctness, don’t bother buying. Joe tackles everything from racism to religion, to media bias, to safe spaces, and, yes, even women’s issues! If you’re not supposed to talk about it in polite circles, you’ll likely find it in this book. Sit back and enjoy the ride! 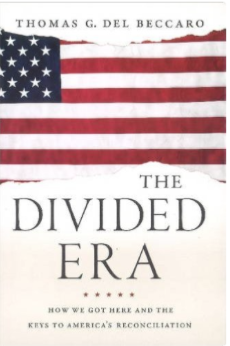 Another favorite book is from Tom Del Beccaro, The Divided Era:  How We Got Here and the Keys to America’s Reconciliation. (Read my review of Tom’s book HERE.)

Can the US find its way back to being a less divided country? Yes, says Del Beccaro, but only if citizens understand the growing source of our divisions: ever larger governments. Americans must demand that government shrink back to a less divisive size and scope and support leaders capable of setting unifying goals–for which Del Beccaro offers five key strategies. In fact, the consequences of not slimming the behemoth governments–federal, state, and local–will only lead to an ever widening divide, and more acrimonious and harmful partisanship.

The Divided Era lays out the case for smaller government, more responsive political leadership, and ultimately a more cohesive citizenry.

Order Tom Del Beccaro’s The Divided Era: How We Got Here and the Keys to America’s Reconciliation HERE. 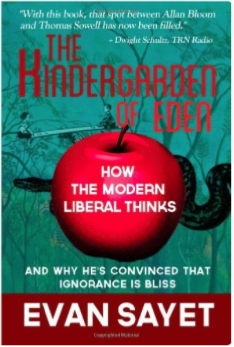 Always a PolitiChicks favorite must-read is The KinderGarden of Eden:  How the Modern Liberal Thinks by Evan Sayet.  (Read my review HERE.) 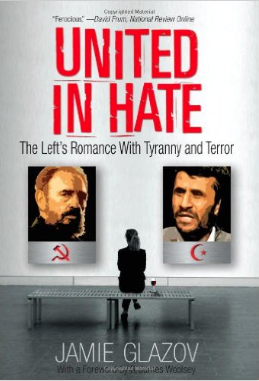 Every time I speak across the nation one of the books I often reference is our own PolitiChicks contributor Dr. Jamie Glazov’s United in Hate:  The Left’s Romance With Tyranny and Terror.  This book explains the strange dichotomy of, for example, the LGBT community siding with an ideology that throws them off the sides of building in the Middle East.

United in Hate analyzes the Left’s contemporary romance with militant Islam as a continuation of the Left’s love affair with communist totalitarianism in the twentieth century. Just as the Left was drawn to the communist killing machines of Lenin, Stalin, Mao, Pol Pot, and Castro, so too it is now attracted to radical Islam.

Both the radical Left and radical Islam possess a profound hatred for Western culture, for a capitalist economic structure that recognizes individual achievement, and for the Judeo-Christian heritage of the United States. Both seek to establish a new world order: leftists in the form of a classless communist society, and Islamists in the form of a caliphate ruled by sharia law. To achieve these goals, both are willing to “wipe the slate clean” by means of limitless carnage, with the ultimate goal of erecting their utopia upon the ruins of the system they have destroyed. 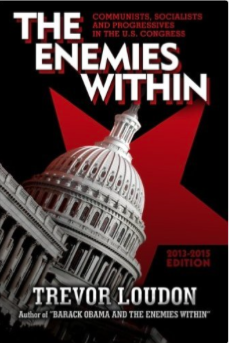 For decades Trevor Loudon has been on the front lines–even while living in New Zealand–fighting the spread of communism in America.  Every time we’ve spoken at events with Trevor he ends up with long lines buying his brilliant book, The Enemies Within:  Communists, Socialists and Progressives in the United States.

“The Enemies Within” is designed to show American voters exactly how modern communism works and how it impacts on your life, every single day. Just how do the communists win big on things like Obamacare and immigration “reform,” which go completely against the wishes of the American people? Trevor Loudon’s research has been cited by Glenn Beck, Rush Limbaugh, countless articles, blog posts and in books by well known authors Paul Kengor, Aaron Klein and Jerome Corsi. He has given countless radio interviews and addressed audiences in more than 30 states in his four tours of the United States. Trevor Loudon speaks on internal subversion, communism and socialism, national security, culture and constitutional conservatism.

Order Trevor Loudon’s The Enemies Within: Communists, Socialists and Progressives in the United States HERE.

And this year Trevor released an epic documentary version of his book (same title)!  Order his movie HERE. 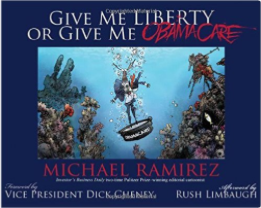 One of our all-time conservative political cartoonists, Michael P. Ramirez, released his latest collection of cartoons, Give Me Liberty or Give Me Obamacare.

From two-time Pulitzer Prize–winning cartoonist Michael Ramirez comes a collection of conservative political cartoons forming a satirical history of the Obama era, with a foreword by Dick Cheney and an afterword by Rush Limbaugh.

Give Me Liberty or Give Me Obamacare is a trenchant and outright hilarious collection of political cartoons, presenting a wonderfully intelligent and beautifully drawn snapshot of the absurdities of the Obama presidency. Ramirez tackles everything from Obamacare to the economy, foreign policy to culture wars, the environment, and much more.

Says Bill O’Reilly of this great talent: “Michael Ramirez says more in one cartoon than most talking heads say in a full day.” With Give Me Liberty or Give Me Obamacare, he offers the conservative reader a compilation of his award-winning cartoons—and a clever way to remember the eight years they’ve hated!

Order Michael P. Ramirez’s book Give Me Liberty or Give Me Obamacare HERE! 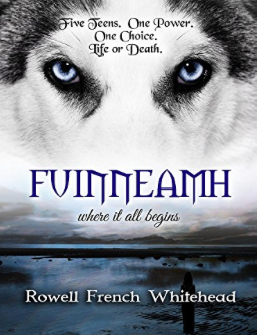 Finally, although I haven’t read this one yet it is written by one of our long-time PolitiChicks contributors Barbara Cook (aka Rowell French Whitehead).  It is entitled Fulnneamh:  Five Teens. One Power.  One Choice.  Life or Death and it sounds like a really fun read, ala the Twilight saga.