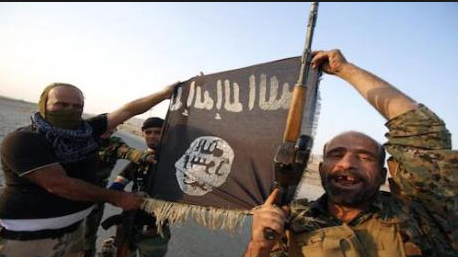 If we haven’t had a good reason to secure our Souther border before, here is certainly one.

We are now learning that Latin America is a hotbed of Islamic terrorism where groups like ISIS and Hezbollah operate freely and raise large sums of money to finance terrorist activities in other countries, mainly the United States, according to a new report released by Spain’s Defense Ministry. “Latin America represents an important region for Islamic radicalism because conditions enable the free, almost undetectable, movement of their members throughout the region,” the defense document states.

“Governments in the region consider Islamic terrorism to be a foreign problem, the report says, and intelligence agencies are ill equipped to handle the threat they represent. “The ignorance involving the threat of jihadist terrorism in Latin America has been such that some governments have refused to cooperate with U.S. authorities and other intelligence services,” the disturbing assessment reveals. The report was released this month by the division of Spain’s Defense agency known as Instituto Español de Estudios Estratégicos (IEEE), Spanish Institute of Strategic Studies. The document, authored by a counterterrorism expert, is titled “El radicalismo islámico en América Latina. De Hezbolá al Daesh (Estado Islámico),” Islamic Radicalism in Latin America, from Hezbollah to ISIS.

The Lebanese group Hezbollah is identified as having the largest fundraising operations in the region, though others, such as ISIS, are also prominent. The terrorist organizations have teamed up with established drug trafficking conglomerates to raise and launder large quantities of cash. The report identifies a group called El clan Barakat in Paraguay and Joumaa in Colombia as two examples of drug trafficking enterprises that have long worked with Islamic jihadists to launder money. Spain’s military experts refer to the relationships as a “marriage of convenience” between Latin American organized crime and Muslim terrorists with different objectives and interests. “Each takes advantage of the benefits that the relationship provides,” the report states.

ISIS is expanding quickly in Latin America, the report warns, revealing that around 100 individuals from the region’s large Muslim community have traveled to Syria and Iraq to join terrorist groups recently. Argentina and Brazil have the largest Muslim populations in Latin America with more than 1 million each, the report says. Venezuela, Mexico, Peru and Chile also have large and rapidly growing Muslim populations. Trinidad and Tobago, Caribbean islands on the northern edge of Latin America, are identified as “especially worrisome” because local authorities reported that 70 of their citizens traveled to Syria and Iraq to join ISIS. Additionally, nine of the islands’ citizens were detained in Turkey attempting to cross the border into Syria. The report cites a 2012 article in a military publication from Trinidad that compares the growth of radical Islam in the country to a group of violent Muslims that tried to overthrow the government in 1990.

The strong connection between Islamic terrorists and Latin America has been developing for years and Judicial Watch has reported it extensively, especially when it comes to Mexico. With a dangerously porous southern border, the collaboration between Muslim terrorists and Mexican drug cartels has created a critical threat to the United States. Last year Judicial Watch reported that ISIS is operating a camp just a few miles from El Paso, Texas, in an area known as “Anapra” situated just west of Ciudad Juárez in the Mexican state of Chihuahua. Judicial Watch also broke a story about Mexican drug cartels smuggling foreigners from countries with terrorist links into a small Texas rural town near El Paso. The foreigners are classified as Special Interest Aliens (SIA) by the U.S. government and they are being transported to stash areas in Acala, a rural crossroads located around 54 miles from El Paso on a state road—Highway 20.

Earlier this year Judicial Watch uncovered State Department records confirming that “Arab extremists” are entering the U.S. through Mexico with the assistance of smuggling network “cells.” Among them is a top Al Qaeda operative wanted by the FBI. The government documents also reveal that some Mexican smuggling networks actually specialize in providing logistical support for Arab individuals attempting to enter the United States. The top Al Qaeda leader in Mexico was identified in the State Department records, via a September 2004 cable from the American consulate in Ciudad Juárez, as Adnan G. El Shurkrjumah. In December, 2014 Shukrijumah was killed by the Pakistan Army in an intelligence-borne operation in South Waziristan. But before he died Shukrijumah helped plan several U.S. attacks, including plots to bomb Oprah Winfrey’s studio and detonate nuclear devices in multiple American cities. For years Shukrijumah appeared on the FBI’s most wanted list and, despite being sought by the agency, he crossed back and forth into the U.S. from Mexico to meet fellow militant Islamists in Texas. Back in 2014 Judicial Watch reported that, as one of the world’s most wanted terrorists, Shukrijumah piloted an aircraft into the Cielo Dorado airfield in Anthony, New Mexico.”

New Year's Resolutions to Hasten the American Resurrection of 2017