To the tune of millions of “undocumented” residents, illegal immigration in the United States is out of control. People are able to – and do – violate this country’s southern border with virtually absolute impunity, entering as they wish whatever their identity or intentions. Not only is this an obvious national security risk, but it also creates more subtle, insidious problems that ultimately are no less damaging. Illegal immigrants take jobs at a time when Americans need them more than ever, they consume public resources paid for by legal residents, and those of them who are criminals (a significant proportion, as these are people who felt the need to flee their home countries in the first place) bring the specter of violence into our communities. Something has to be done.

And on Election day, November 8th, 2016, something was. The American people handed a strong electoral victory to Donald Trump for President. This is a man who campaigned on numerous promises related to national security (and many other subjects), including strengthening the military and stopping terrorist organizations like ISIS. But one of his clearest and most unmistakable policy positions came on the subject of illegal immigration; Trump promised to put an end to it.

And almost immediately, cries of defiance were heard. Chicago Mayor Rahm Emmanuel had boldly declared that his City will always remain a “sanctuary city” – one of an embarrassing number of cities in the nation, along with New York City, Washington D.C. and large parts of California that not only do not care to see America’s borders protected, but openly encourage its violation by passing local ordinances protecting illegal immigrants living there. Laws in these cities are often designed to tie the hands of police and immigration agents, preventing them from doing their jobs as it relates to people who may be in the country without authorization. The existence of sanctuary cities is already an outrage; that they would be so comfortable in their scoffing at the rule of law as to openly defy an incoming president who has promised to enforce it is simply unacceptable.

The people of the United States made their voices heard on November 8th. They want the self-proclaimed “Law and Order President” to secure America’s borders and end the free reign illegal immigrants currently enjoy. Any local mayors pledging to defy that will have made a powerful enemy indeed.

On the first day in office, President Trump will ask Congress to pass ‘Kate’s Law’ – named for Kate Steinle – to ensure that criminal aliens convicted of illegal reentry receive strong mandatory minimum sentences, and then “we get them out”.  President elect Trump also proposed the passage of legislation “The Davis-Oliver” bill with state and local authorities to ensure that criminal immigrants and terrorists are expeditiously identified and removed. 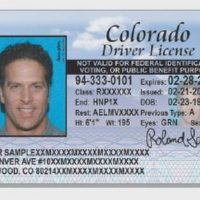 Washington gives drivers licenses to illegal immigration. California alone issued 800,000 driver licenses and they are automatically able to vote – with that, the “possibility” of millions illegally voted in the 2016 election. The political corruption has infiltrated our country and they (illegal immigrants) are supported by the interests of the Democrat political party.

At this moment, it is time for the federal government to do its job and respect the wishes of the people it serves. President Trump must be prepared to play hardball with these outlaw mayors, threatening – and following through, if necessary – to cut any and all federal funding to cities that insist on harboring illegal aliens. This issue has risen to a point at which the discussion is no longer about one’s personal opinion of immigration and the state of the southern border; it is about respect for the law. Federal law is to be selectively obeyed. It represents the guiding strictures of American society, and no one gets to decide on a whim which aspects of them they will observe and which they will ignore. If these mayors disagree with immigration or any other part of federal law, there is a democratic process in place by which they can have it changed. Mind you, part of that process is to elect legislators who can modify the law,  and they lost that battle on the 8th as well, but it is their right to continue to push for representatives who will govern as they think is best.

Their vote and their voice are the tools they enjoy to affect change in the law. Defiantly stating that the law doesn’t apply to them because they don’t like it is not acceptable. If I violated federal law, I would be thrown in prison. Why is Rahm Emmanuel or any other political official any different?

The Blessing of Trump's Victory and the Importance of Pressing On