We disagree a lot in politics, and that’s okay. For the most part, these are just issues. Maybe we have different opinions about whether public money should be spent constructing a particular new highway, raising a certain school district’s budget, or simply returned to the people who provided it through lower taxes. Maybe we even get passionate about the things over which we argue, like when we’re talking about our environment or the defense strategies we should be using against those who wish us harm. Some of those are genuinely important topics, and we should do everything we can to ensure that we come to the right decision on them – but in the end, while I may care about our level of participation in the latest international agreement to combat climate change, it isn’t going to weigh on my soul when I die and have to face God. I can honestly say I feel that way about virtually everything on the political landscape.

But there’s one “issue” that isn’t like that at all, and it is abortion. That’s because it isn’t an “issue” at all.  Let me put 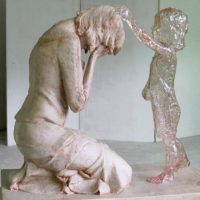 my cards on the table: it is the willful, deliberate killing of an innocent human being; one has not even been accused of any capital offense, much less convicted and sentenced. It is murder. I understand the fact that there are people, who disagree with me about this, and I respect their right to have an opinion different from mine, but to my mind, this shouldn’t be a debate. It shouldn’t be “controversial” whether or not we as a nation are going to tolerate the premeditated murder of children inside their mother’s womb. This is my position, and I can take no other. Because unlike just about all other subjects we may discuss in politics, I would indeed fear for my soul if I faced God having advocated otherwise here.

But realistically, what can be done? In the infamous Roe v. Wade decision, the United States Supreme Court made the baffling finding that the “right” to an abortion is somehow protected by our Constitution. I can disagree with that decision all I like, and I do, but it means there is now legal precedent from our highest court sanctioning infanticide. The only hope for protecting babies now is for a future Supreme Court to reverse the Roe v. Wade ruling.

That’s why I’m gratified that there is a legal case pending which could give them just such an opportunity. An actress Sofia Vergara was engaged a few years back to a gentleman by the name of Nicholas Loeb. They’ve since decided to break up, but before calling off their engagement, they fertilized two embryos and had them frozen, ready to be brought to term at will. The former couple is now at odds over the eventual fate of the embryos, and – most promisingly – a lawsuit has been filed in Louisiana to protect them as human beings, these two children. The names written in as plaintiffs in the case are Emma and Isabella; the unborn babies whose right to live is currently in question. You may ask why Louisiana, the state is a very strong pro-life state that has laws offering special protection for frozen embryos.

The lawsuit claims that since Emma and Isabella have been born that that they are ‘being deprived of an inheritance from a trust that has been created for them in Louisiana.’ The lawsuit goes on to ask the court to turn the two embryos over to the father who wants to give them the chance of life so they can receive the trust, which will more than pay for their needs and healthcare.

This pending case about Emma and Isabella – a “face” on two “babies” is one of the reasons that Donald Trump’s presidential win may prove more monumental than even previously expected. As President, there is little that Trump can do directly to impact a standing Supreme Court decision. But he can name new Justices to replace those outgoing – including to fill the vacancy currently left by Antonin Scalia’s death. If Trump chooses a Justice with a fundamental respect for human life, and that person ultimately hears this case, it could lead to a monumental shift in the way this Country treats the unborn.

Thomas Jefferson once wrote, “Indeed I tremble when I reflect that God is just; that his justice cannot sleep forever.” He was referring specifically to another moral atrocity in our history – that of slavery – but I think his words apply equally to abortion today. I love my country, and I want it to be blessed by God. And that is why I do tremble, when I reflect that a just God watches us – is watching us murder babies.

I do not ever want my Country to know the wrath of God.