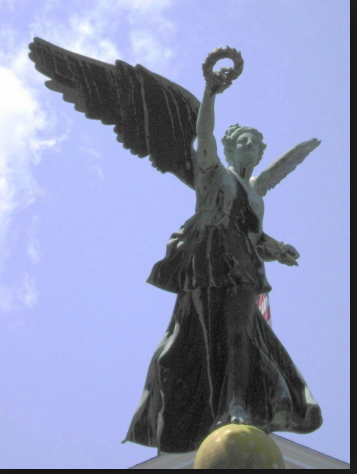 On Election Day a drastic change of direction took place as America spoke up at the ballot box. The point was made across all of America that people have had enough of politics as usual, and destructive Progressive policies.

We witnessed a race that pitted two candidates that ran on platforms with a vision for America that were diametrically opposed to one another.

The Democrat nominee ran on promises of more of the same, and a vow to continue the Obama Doctrine.

The Republican candidate, on the other hand, promised to “Make America Great Again.” He did so even though he did not have the backing of most of the big names of the Party. He won!

In short, the message that he campaigned on hit a home run with the people. American’s showed up in large numbers to express disgust on the one hand, and hope on the other. The message of hope prevailed, but unfortunately those who disagreed took to the streets in anger. Many have vowed that they will not accept the outcome of this election, and they are attempting to change the outcome.

The mainstream media is perplexed, and many who have a voice in our communities, on stage, and in elected office, have began to organize protests to attempt to block the results of this historic election.

Instead of bringing America together at a time when we need to unify, many are proclaiming that our nation will be further divided because they believe that our President Elect and his administration will not represent all American’s. Many came out publicy and said that they would leave the country because their candidate did not win. Others have decided to disrupt the process of a peaceful transition on January 20, 2017. What they will actually do remains to be seen.

There is no better place to live in the world than our Constitutional Republic.

Our Vice President Elect was given a lecture while attending a performance of Hamilton in New York City by one of the actors. Many cities throughout our nation are being targeted by protests and violence on school campuses and in the streets. The current President and the losing candidate are silent, and won’t ask them to stand down as property is being destroyed, and as people are being attacked and injured.

As one observes the actions of those who oppose the passing from one administration to the next, one has to wonder what is it that is driving their opposition.

Have they any idea what it is that President Elect Trump wants to do to make America Great Again? We wonder also if they have a positive view of the direction that America needs to take to remain successful and prosperous.

At the end of October Mr. Trump laid out a plan as he spoke in Gettysburg, Pa. Did those who are still opposing him listen? His plan outlined three main areas of focus: he wants to clean up Washington, including imposing term limits on Congress; he wants to protect American workers; and he wants to restore the rule of law. He also stated that he wants to introduce ten (10) pieces of legislation that would repeal Obamacare, fund the construction of a wall at the Southern border, encourage infrastructure investment, promote school choice, rebuild military bases, and more.

I ask those who proclaim that they want a better future for America, why aren’t you willing to give this administration a chance? The same chance that you allowed President Barack Obama.

There is a lot of tension in the world and our military needs to remain strong, well equipped, and our troops need to know that their Commander – N- Chief stands behind them, so that their morale will remain high. This is not the time to turn our backs on our military or our veterans. We need to address the problems that plague or Veterans Administration, and stand by the promises that we made to our Veterans. They are the reason that we continue to enjoy our freedom and liberty here in the homeland. They also are the barrier that stands between the aggression and terrorism that would destroy our way of live if they are given the opportunity to attack us at home or abroad without opposition.

America has been a nation for 239 years. If we want to continue as a free people that not only gives ourselves, but the whole world hope, then we must unite, and we must continue to make America better, and stronger. We must strengthen our economy, our military, and continue to lead the world in food production, and jobs. If we do, then all of us will continue to benefit, and the world will be a safer and better place for every one of us to live in.

Let’s look to God Almighty, who alone gives us the hope in our hearts to do so, and after placing our trust in Him we can truly “Make America Great Again!”

God Bless you, and may God continue to bless America.

“Freedom and Liberty/ Use Them or Lose Them”

McDonald's Kiosks and Why "Fight for $15" Hurts the Young, Poor, and Unskilled Minorities