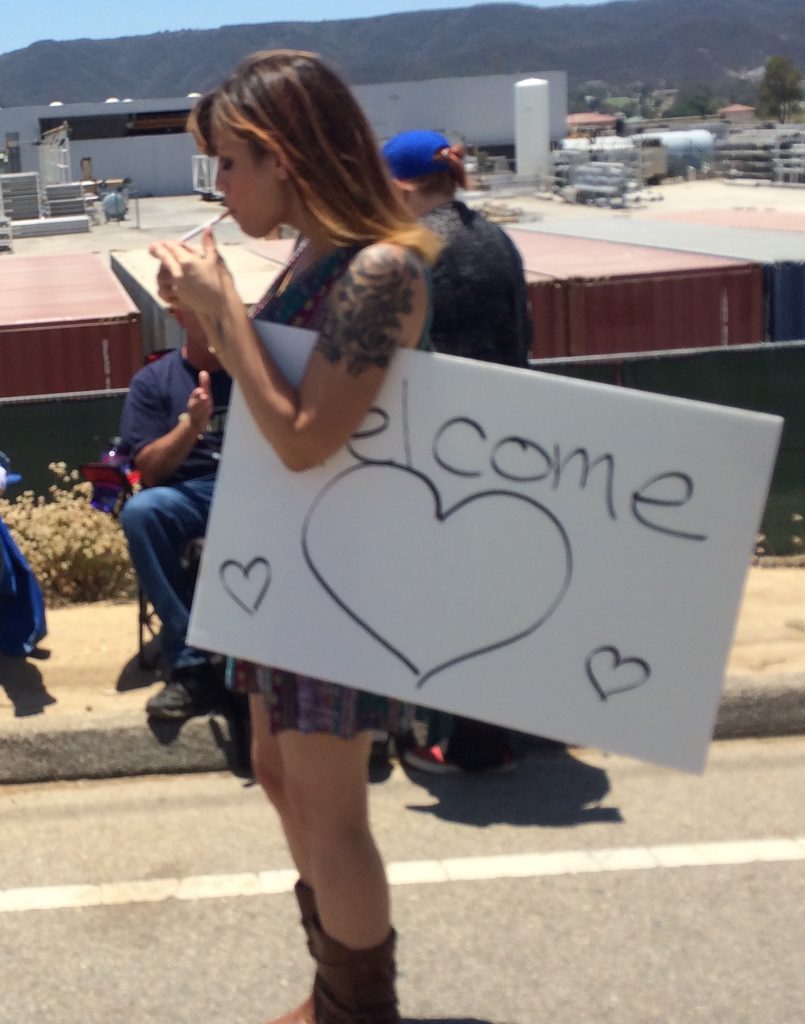 The specter of identity politics is haunting the left. It shows up at teary-eyed election parties in Berkeley, debates over craft beers in Williamsburg and the editorial pages of the big opinion shaper papers.

No less an icon of the left than Bernie Sanders has been grumbling that his movement needs to reconnect with working people again. He even tentatively denounced identity politics. “It is not good enough for somebody to say, ‘I’m a woman, vote for me.’” Bernie bears a grudge. That’s obvious. But the old Socialist has a history of spouting the old Socialist working class denunciations of immigration.

Bernie is really arguing that the Democrats ought to emphasize class more and race less. Similar left-wing squeaks have popped up in a handful of editorials. But they aren’t likely to travel very far.

The Democrats are losing the Rust Belt, just like they lost the South, because they have become an urban political machine. Identity politics is just urban organizing with a lot of left-wing lipstick on top. Bernie’s state is 95% white. Even Burlington hovers somewhere in the high eighties. Bernie can only organize around class because a coalition of minorities wouldn’t get him to the nearest post office.

Identity politics beat Bernie in the Democratic primaries. But it might have cost Hillary the election. And now Trump is in a position to end the Democrats by cutting their immigration lifeline. The Dems have burned their bridges with the working class by gambling everything that they have on demographic change. If they change doesn’t materialize, then they are trapped at the dead end of a short alley.

That’s the big problem the Democrats face. Identity politics with its hysterical outbursts of rage and specialized vocabulary of victimhood (privilege, victim-blaming, microaggressions) is toxic nationally, but dominates the academic and big city political populations that are its base. The Obama coalitions of millennial college leftists and disaffected minorities are passion voters whose turnout is unreliable and when they don’t turn out, then the aspirations of the Dems become sand castles with a storm coming in.

Democrats went into this election convinced that the tide of demographic change was on their side. That tide depends heavily on immigration. If Trump secures the border, deports illegal aliens and revamps immigration to serve national interests, then the Democrats lose their demographic future.

And they realize it. They’ve gambled their political future on immigration. If immigration can’t deliver the demographic changes that the left touted, then they will become a minority party.

The left used to oppose immigration. The Socialist Party inveighed against, “the immigration of strikebreakers and contract laborers, and the mass importation of workers from foreign countries brought about by the employing classes for the purpose of weakening the organization of American labor, and lowering the standard of life of American workers.”

But the left shifted away from working class regions and toward urban areas. Its political organizing was no longer based on experiences rallying coal miners or fruit pickers, but bullying college students. Identity politics was ideal for big campuses where identity coalitions were even more powerful than in big cities. Voter turnout is laughably light. Those who do vote are more likely to carry political agendas.

Under Obama, campus politics went national. The Dems made the final shift from class to culture war. When Hillary first ran for the White House, she could juggle the traditional three races appeal. This time around she had to incoherently appeal to a bewildering range of angry identity groups.

The Obama coalition ran on passion politics. The minority half of the coalition needed someone representative. The campus half wanted hip inspiration. Hillary Clinton couldn’t deliver either one.

But the lessons of her defeat aren’t lost on Democrats aspiring to higher office. Paying lip service to diversity is no longer enough. The only way to ensure minority turnout in national elections might be to have a minority politician at the top of the ticket. The future would belong to the Obama clones.

Bernie certainly understands the implications of that even if some Democrats don’t. He could very well be the last white male with a serious shot of entering the White House as a Democrat. And he’s strongly hinting that he would like to run again in 2020. That’s why he has to question identity politics.

Class over race means Bernie could still become the Dem nominee. Race over class could lock him out.

That’s also why Obama has reassured Dems that identity politics will eventually pay off, even if there might be the occasional setback along the way. Nevertheless the country will still be transformed. Bernie however has questioned whether a permanent Democratic majority would even be possible.

Without the prospect of a permanent majority through mass migration on the horizon, the Democrats have to consider abandoning identity politics and returning to tried and true class warfare.

But a retreat from identity politics may not even be possible.

Intersectionality is worlds away from the old racial pandering. The culture of identity outrage dominates left-wing messaging. The opposition to Trump leans heavily on victim politics rather than class. We are incessantly lectured on all the Muslim and illegal alien kiddies who go to bed crying because of him. This performance of passive aggressive victimhood has only disgusted even more of the country.

Identity politics is tethered to outrage and therefore is inherently unstable and alienating. It’s based on a subjective experience that is deemed inaccessible to those with more “privilege” and yet it is an experience whose emotional outcomes are meant to govern our lives. It’s a selfishly anti-intellectual creed that cannot be reasoned with because it derives from the recesses of personal emotion.

It’s not an intellectual exercise, but a performance of personal suffering and outrage. And there’s no way around it without jettisoning the crust of political correctness that makes victimhood sacred. Those who suffer the most are morally superior. Their whims and wishes must dominate the Dem agenda.

An older left could have made a compelling case for the victimhood of the unemployed coal miner, but no such creature exists in campus politics where there are 63 gender identities, but no white working class. The left has defined victimhood as the alienation experienced by those who are different. There is no room for oppressed majorities, only minorities. An ideology that once defined itself by labor is far more interested in charting the erratic emotions of unstable college kids than in the real problems of working people. It can relate to the former, but not the latter.

Obama’s identity politics preached that Republicans had to embrace identity politics or lose their ability to win national elections. But if the Democrats can’t sustain the rate of demographic change that they need, their lost grip on the working class white vote may lock them out of the White House.