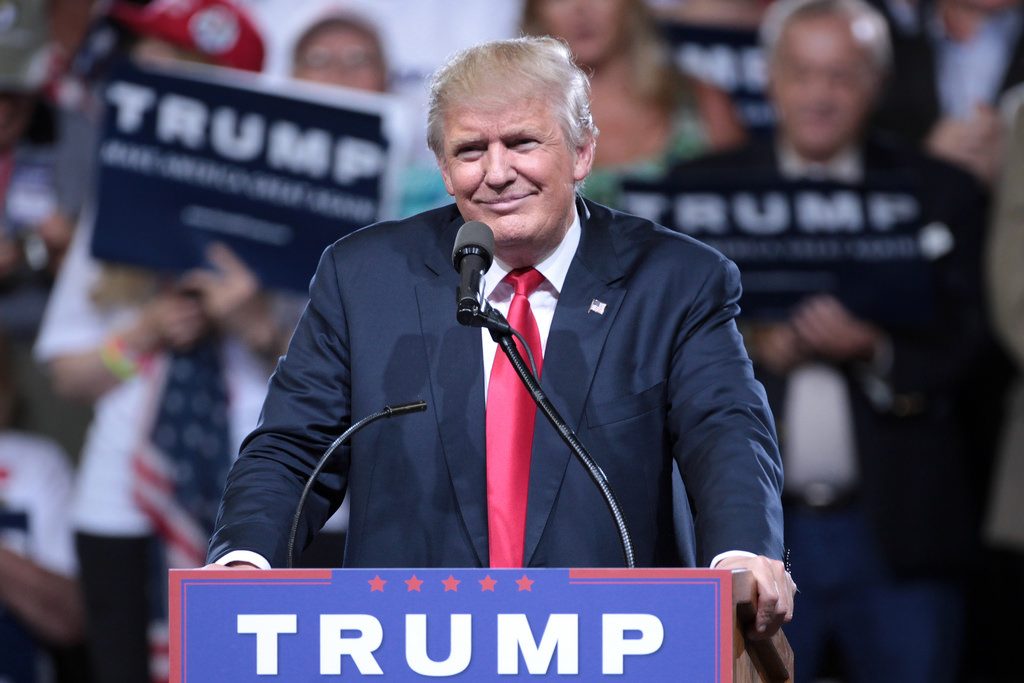 What can Republicans learn from Trump’s victory? The biggest lesson is that the old way of politics is dead. McCain and Romney showed that twice. Now Trump has shown how Republicans can actually win.

1. Find Your Natural Base

The GOP is ashamed of its base. It doesn’t like being associated with the very voters who made 2016 happen. Its autopsy last time around searched for ways to leave the white working class behind.

There’s a party that did that. Their symbol is a jackass. They just lost big because they ran out of working class white voters.

The Democrats have tried to manufacture their base using immigration, victimhood politics and identity politics. The GOP has wasted far too much time trying to compete on the same playing field while neglecting its base. Trump won by doing what the GOP could have done all along if its leadership hadn’t been too ashamed to talk to people it considered low class because they shop at WalMart.

The GOP wanted a better image. It cringed at Trump’s red caps and his rallies. And they worked.

Trump won because he found the neglected base of working class white voters who had been left behind. He didn’t care about looking uncool by courting them. Instead he threw himself into it.

That’s why McCain and Romney lost. It’s why Bush and Trump won.

The GOP is not the cool party. It’s never going to be. It’s the party of the people who have been shut out, stepped on and kicked around by the cool people. Trump understood that. The GOP didn’t.

The GOP’s urban elites would like to create an imaginary cool party that would be just like the Democrats, but with fiscally conservative principles. That party can’t and won’t exist.

You can run with the base you have. Or you can lose.

The first rule of Republican politics is to look in the mirror and ask, “Are we trying to be Democrats?”

Twice Obama’s big glittering machine of celebrities, media and memes rolled over hapless Republicans. Republican operatives desperately wondered how they could run against Oprah, Beyonce and BuzzFeed. How were they supposed to survive being mocked by Saturday Night Live and attacked by the media?

The answer was to find voters who weren’t making their decisions based on any of those things.

The GOP’s approach in the last few elections was to try and duplicate the Obama machine. These efforts were clumsy, awkward, expensive and stupid. The Obama machine was great at influencing its target electorate of urban and suburban millennial college grads because that’s who ran it and directed it. But that’s not the Republican base. And chasing it was a waste of time, money and energy.

Instead of trying to duplicate the Obama machine, the Trump campaign targeted a class of voters who didn’t care about those things. The white working class that turned out for Trump was a world away from the cultural obsessions of the urban elites who had traditionally shaped both sets of campaigns.

Asking, “Are we trying to be Democrats?” isn’t just for policy. It’s also something for Republicans to remember when Election Day comes around. The Republican base isn’t the Democrat base. When Republicans commit to pursuing their base, they can stop worrying about what Saturday Night Live, Samantha Bee and random celebrities think of them. And they can just be themselves.

The mediasphere matters most when you care about it. When you don’t and when you focus on voters who don’t either, then it ends up as weak and impotent as it did in this election.

Hillary Clinton’s campaign with its efforts to appeal to Republicans was a master class in triangulation. The Clintons were radicals who wanted to appear moderate. In the final weeks, Hillary’s people got out their brushes and makeup kits and tried to make her over into a candidate anyone could vote for.

Even before Trump, Bernie Sanders nearly derailed her by running as an unapologetic leftist. Hillary Clinton borrowed much of the structure of the Obama campaign, but missed its biggest feature.

Obama was much closer to Bernie Sanders than to Bill Clinton. He promised to destroy coal jobs, defended wealth redistribution and turned “You didn’t build that” into his mantra. It was a long way from Hillary’s ultra-cautious campaign. And it worked. Obama’s left-wing base turned out for him.

Trump won by unapologetically going to the right and infuriating the left. And it also worked.

Hillary hired plenty of Obama’s people, but it was Trump who had truly learned the lesson of Obama’s victories. American elections are no longer won by going to the center. Some of the most endangered senators had been centrists. The Republican moderate strategy cost them two presidential elections.

The radical left has polarized the country. Chasing the center is a dead end. Instead you champion your base. You promise them everything they want. You make them love you. And you win.

Instead of retreating, you double down. It doesn’t matter what everyone else thinks of you. If your base loves you and will stand for hours waiting to hear from you, they will do that on Election Day.

What do Krispy Kreme, Costco and Donald Trump have in common? They don’t advertise.

When you have a compelling enough product, then you don’t need to advertise. You will be talked about and the customers will want to know more about you.

You still need money to win presidential elections, but you need a lot less money than the consultants and experts would like you to think that you do. Trump spent a lot less than Hillary Clinton did.

Ad budgets have ballooned, but the impact of advertising in the age of the smartphone is shakier than ever. Ads for national candidates have far less impact than their public presence in the reality show of life. Far more Americans followed Hillary’s health crisis than watched all of her ads combined.

Trump was unafraid to benefit from gobs of media coverage. Even when it was mostly negative. Meanwhile Hillary avoided engaging with the media while spending a fortune on advertising. It was an expensive and outdated approach that didn’t work for her during the primaries or the general election.

The Trump campaign didn’t repeat Romney’s mistake of spending a fortune on consultants. Hillary Clinton did. It’s usually the unnatural candidate, the politician least comfortable in his own skin, who makes that mistake. Instead Trump spent money on the practicals, like the ground game, he paid more attention to local ads than to national ads. And he didn’t make the common mistake of believing he could buy the election. It’s not how he had won the nomination. It’s not how he won the election.

Trump’s campaign was declared dead more often than disco. None of the scandals worked. None of the outrage stopped him. Instead it helped him win. Every downturn in the polls preceded another upturn.

If you’re running as a consensus candidate, a scandal can destroy you. But if you’re running against the system, then scandals only make you stronger. Each attack on Trump gave him credibility. It defined him as a politician who wasn’t part of the system. And none of Trump’s critics understood that by attacking him they were only helping him win. They couldn’t stop this compulsive behavior even when it didn’t work. Surely the next scandal was the one that would finally and permanently do Trump in.

Traditional campaigns are run by professionals who see their job as avoiding controversy. Candidates are schooled not to offend anyone. But if you don’t offend anyone, you also don’t inspire anyone.

Inspiration without controversy is a fridge magnet. In politics to inspire, you must be controversial.

Controversy made Trump a national and then an international figure. The more an establishment attacked him, the more he was seen as a savior by its enemies. Controversy, more than anything else, made him a change candidate. Trump wasn’t Teflon. He didn’t survive attacks the way Bill Clinton did. Instead he thrived on them until he became the voice of millions of angry Americans.

The future belongs to Republicans who care more about what their supporters think of them than what the media does.

(This article first appeared as “5 Ways Trump Shows How to Win Elections” at Front Page Magazine.)

The Record-Breaking Number of Americans Dying from Drug Overdose

Muslim Teen Confesses to Lying About Being Attacked by Trump Supporters